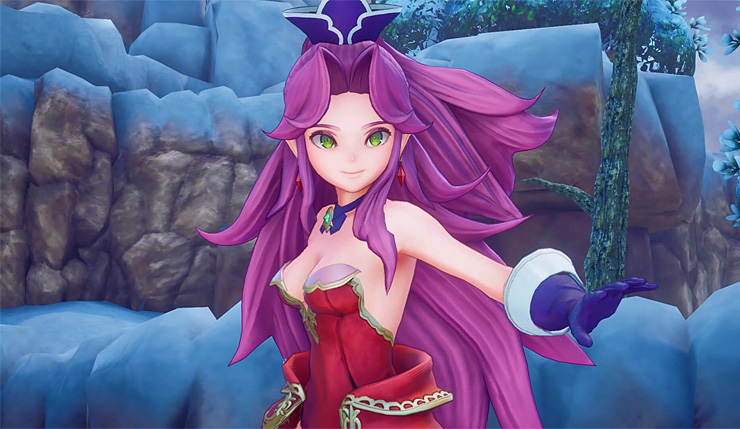 While most people are understandably focused on another Square Enix remake that came out this month, you shouldn’t overlook the company’s upcoming Trials of Mana revival. Far more ambitious than the 2018 Secret of Mana remake, the new Trials of Mana features a lavish visual makeover, revamped combat, and all-new post-game content. That said, some things have also been cut – most notably, the new Trials of Mana no longer features co-op play. Why remove such a major feature? Trials of Mana producer Shinichi Tatsuke explained the decision in a recent interview…

The original game [Trials of Mana], with its top-down perspective, included an offline multiplayer mode. This time, we used an adjustable third person perspective to enhance the feeling of being immersed in the world, so we didn’t include that option.

We also considered online multiplayer mode, but in order to do that, we would have had to incorporate additional elements specifically to make it enjoyable for online as well. This would have required us to split out time in creating a game that was enjoyable both offline and online. Instead, we thought that we would be able to create something better by focusing on it as a single-person game, and that’s how the decision came to be. We are not planning to have multi-player added through a future update, either.

Elsewhere in the interview, Tatsuke provided some information about Trials of Mana’s length, saying it will take around “25 to 30 hours” to complete. That said, the game should keep you coming back, as you can only select three of a possible six characters during each playthrough. Sounds like the game will be pretty meaty, which is good, because there are currently “no plans” for any sort of post-launch content.

Trials of Mana arrives on PC, PS4, and Nintendo Switch on April 24.