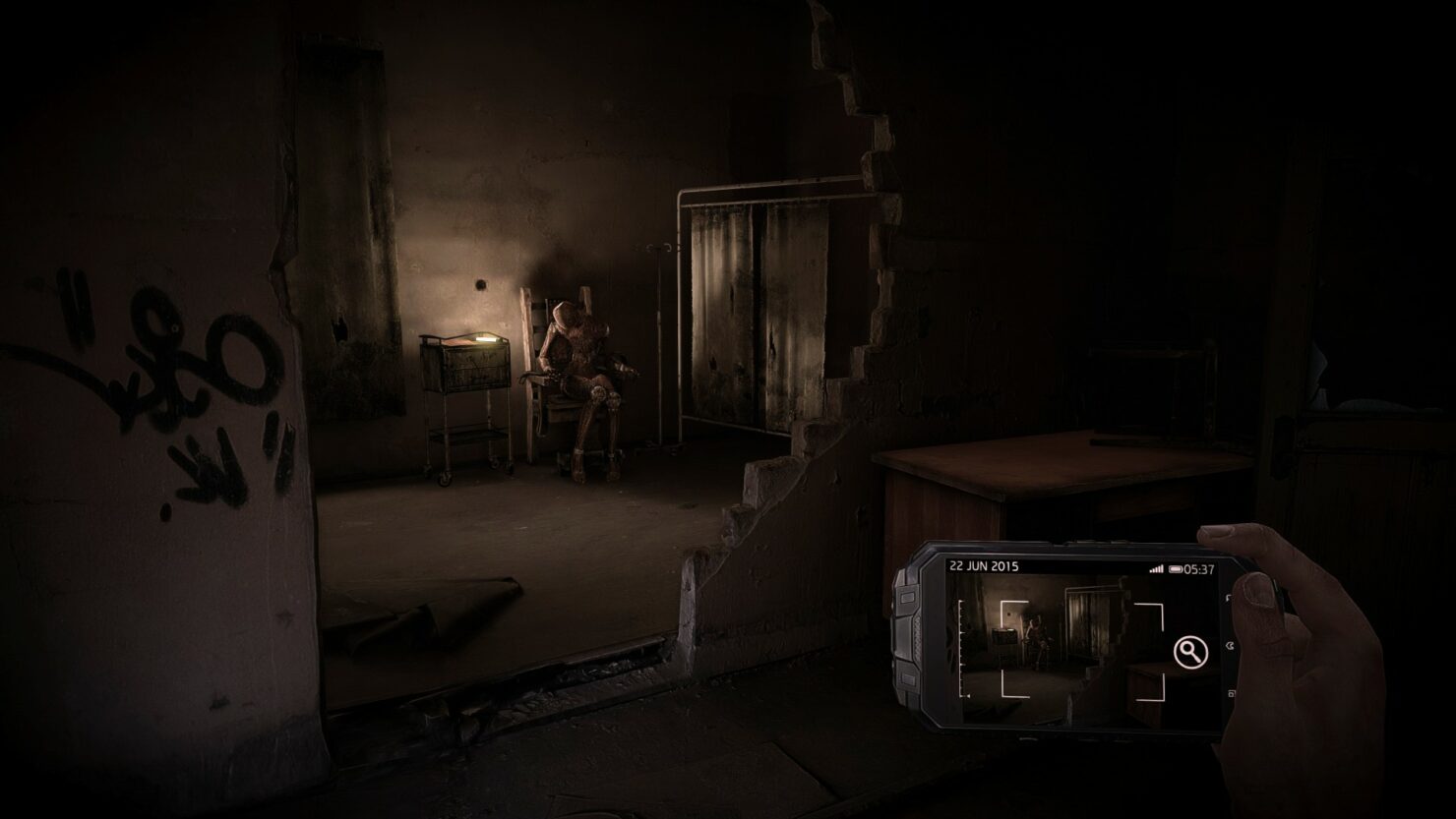 Bandai Namco Entertainment and The Farm 51 announced today that a brand new survival horror game, Get Even, is coming to PC and consoles later this year.

Cole Black wakes up in an abandoned asylum as he tries to rescue a teenage girl who happens to have a bomb strapped to her chest. If this wasn't bad enough, he also has this freaky device fused to his skull that lets him read and replay his own memories. There's someone referred to as the master who clearly isn't happy with what you're doing. Early on, you'll see that you can't quite trust everything you see or even your own memories.

The trailer shows that the abandoned asylum isn't so abandoned after all. Other victims wearing these freaky facemasks populate the asylum mean to do you harm so it's a good thing you're armed with a pistol. Later on in the trailer, we see that your arsenal gets upgraded as your enemies put up more of a fight.

You also have a pretty versatile smartphone that will help you solve puzzles with the different vision modes that act as a sort of black light that will highlight footprints and secret messages. It's also used as your minimap to help you navigate the labyrinthian asylum.

Get Even is being developed by The Farm 51 who've done some work on The Witcher, Two Worlds, and a number of VR games:

We develop computer games and virtual reality applications, and contribute to the dynamic growth of the new technologies market. Our projects combine game development experience, advanced photogrammetry and 3D scanning solutions, as well as passion for telling interesting, original stories.

Get Even hits PlayStation 4, Xbox One, and PC on May 26th.