Trackmania Preview – Taking the Games as a Service Route 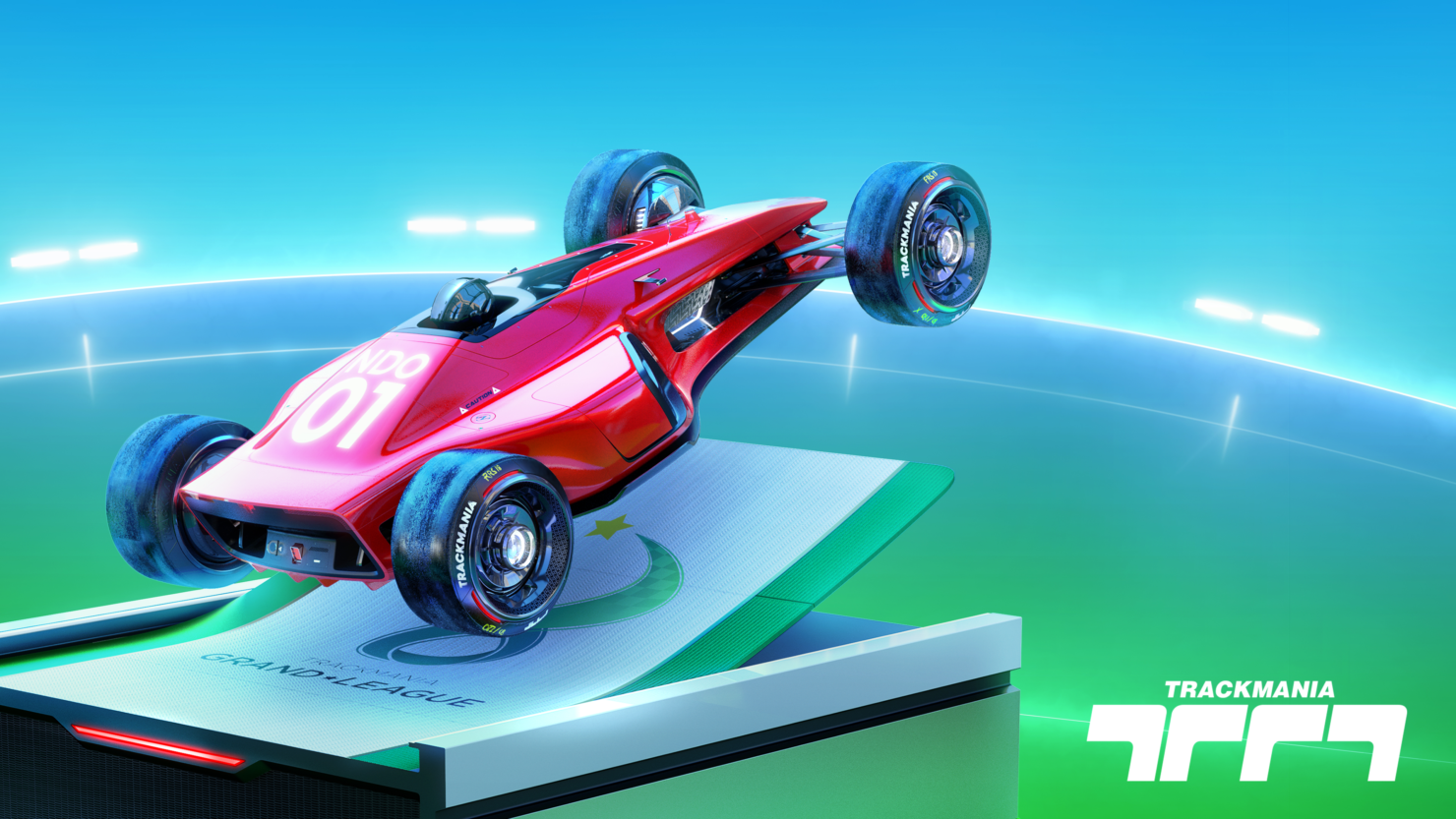 Three hundred and sixty-five tracks per year, that's what was promised with the upcoming Trackmania in the discussion I had with Florent Castelnérac, the founder of Nadeo (later Ubisoft Nadeo). This will be supported by the seventeen-year-old series now going down the games as a service route, with a payment model that is very much like a subscription, while Ubisoft Nadeo is very keen to say it isn't a subscription. I'll get to that.

Before we get into the payment model and what comes with that, it'll certainly be worth looking at if this is a Trackmania game that we all know and love, or if it's something just dressed up like Trackmania. The first thing this did tell me is that I'm terrible at racing games, despite the fact that I do like my arcade-style racers.

Trackmania is a different beast though. It's not as simple as just racing, even with the freedom of arcade racing. Trackmania is all about the variety in a track and what can be done with it, with vehicles being extremely limited at the best. As a matter of fact, you here in the new Trackmania there is a grand total of one vehicle. The whole point is to master the track, the loops, the vertical drops, the bumps, everything. Since it's all about this, I've found myself off of the track more than on it, which is always interesting when there are barriers to stop this happening.

So yes, this is all about perfecting the tracks which remind me more of kart racing games than anything else. The tracks will feature raised areas in the middle, with obstacles requiring you to cross over it, often sending me soaring over the barrier and into the empty stadium below. There are loops, vertical climbs with a crossover and a drop, expecting a good amount of precision from yourself and more little bumps and jumps, testing your control, than you're ever likely to want.

This is just the hard features of the track, then you have what Ubisoft Nadeo call specials. These are features you've seen in other Trackmania games, such as boosts, ones that cut your engine power and test to see if you've built up enough speed, others that will suddenly put you in a first-person view. There are a large number of specials that have been brought back from earlier Trackmania titles, each with their own unique function, with a brand new one to the series called "fragile". Fragile being as the name would imply, your car will not like collisions.

All of this is to say that the focus is on tracks. I've already said that there's only the one car, that's because Ubisoft Nadeo wants Trackmania to not be about who has the most powerful machine, not even necessarily who is the best racer, but who can master these tracks, who can pick a new track up, adapt and thrive. This is something these people are going to need to do very quickly with thousands, not just hundreds of tracks.

Why this many, because like previous Trackmania games, this has a very extensive track creator. At the moment, at this early stage, not all of the features are unlocked. However, knowing previous Trackmania editors and also having asked what this will feature, the future is very promising. Players will be able to import their own designs, bringing them into the game, allowing them to create insanely detailed tracks like this, ones that don't even look like they belong in Trackmania.

What I will say is that, at this moment in time, the editor is restrictive in what it offers and I honestly find it has a steep-enough learning curve that it could put people off. Whether this is from a UI that isn't exactly the best to navigate or just the fact that not everything is there and you're limited in control options. It's strange, but other track editors I've just found easier to use with controllers.

With the extensive number of specials as well as a variety of terrain types like Ice, Grass and Dirt, as well as regular tracks, you'll have more freedom to challenge yourself and other players. The question then is if you create something that keeps you on the ground or if you start driving up walls, literally jumping through hoops. The choice is, of course, yours.

Here, the challenge will be creating something both challenging and entertaining. Or just entertaining like the earlier linked track. Content creation, particularly tracks, is the core of Trackmania. The name alone gives that away, it's all about the mania for tracks. The best part is that since Trackmania is a very content-oriented title, it always has been, Ubisoft Nadeo has really had to think about how to balance this with it being a game as a service title. This is where the monetisation comes into play.

So, I mentioned earlier how they don't want it to be classed as a subscription, despite the fact that it acts very much like a subscription. So you can get access to a free version of the game, getting you access to a limited number of tracks through quarterly campaigns and limited access to other players' creations online.

The 'club membership' (read: subscription) that fuels the game comes in different forms. Standard access costs £8.59 per year, gaining access to track of the day, the earlier mentioned three-hundred and sixty-five tracks per year, as well as full access to player creations on track editor as well as daily competitions and more. Finally, there is club access - this costs either £25.99 for one year or £49.99 for three years, bringing all of the earlier features with the ability to join clubs, gaining access to special skin customisation, special campaigns and other online features, including participation in the Open Grand League in hopes of qualifying for the Trackmania Grand League.

There's a massive amount of potential with Trackmania, that much is already visible here and something that you can appreciate from the history of the series under Nadeo. I can't say I'm sold on the subscription/games-as-a-service model, nor can I say I completely understand the whole idea of restarting the franchise. What I am sold on, so far, are the mechanics of the game and the fun that comes with it, as well as the awesome potential that comes with the track editor.