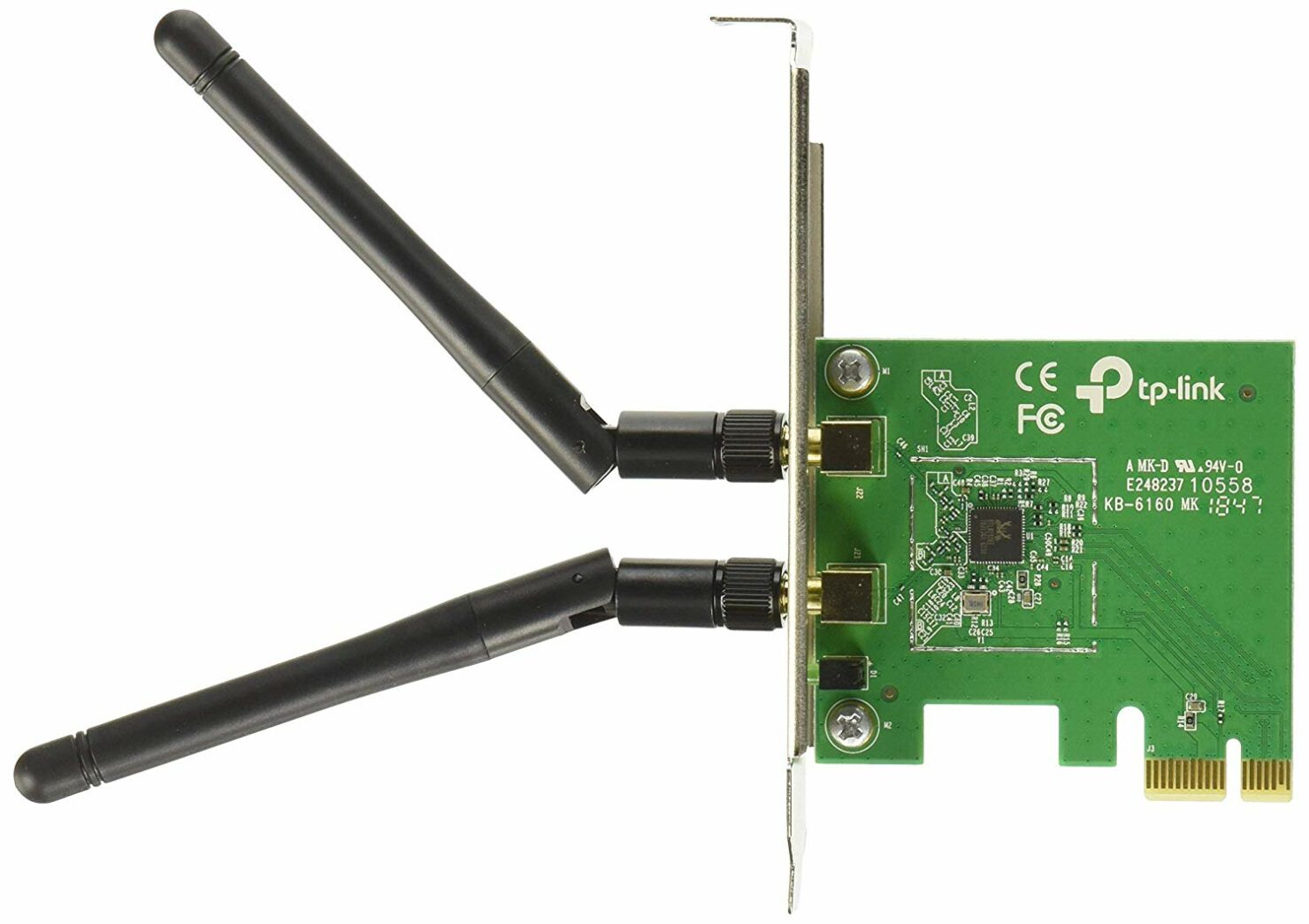 TP-Link N300 PCI-E Wireless WiFi Network adapter is currently 17% off the initial price of $17.99, making this PCIe WiFi Network adapter cost just $14.99. This WiFi card offers connectivity speeds of up to 300 MB per second utilizing the two antennas that connect to the outside of the PC case. The two antennas are completely detachable, which offers multiple configurations of both rotation and orientation to fit into the various operating environments.

This card uses the 11N wireless standard, which is noticeably less than the 11AC Dual Band wireless standard, which offers constant connectivity allows for online gaming and even HD video streaming with little to no latency. This low to no latency is perfect for smaller gaming setups, instead of using a USB Wi-Fi card which makes the surrounding area less neat and tidy, this card allows for a much cleaner overall installation. 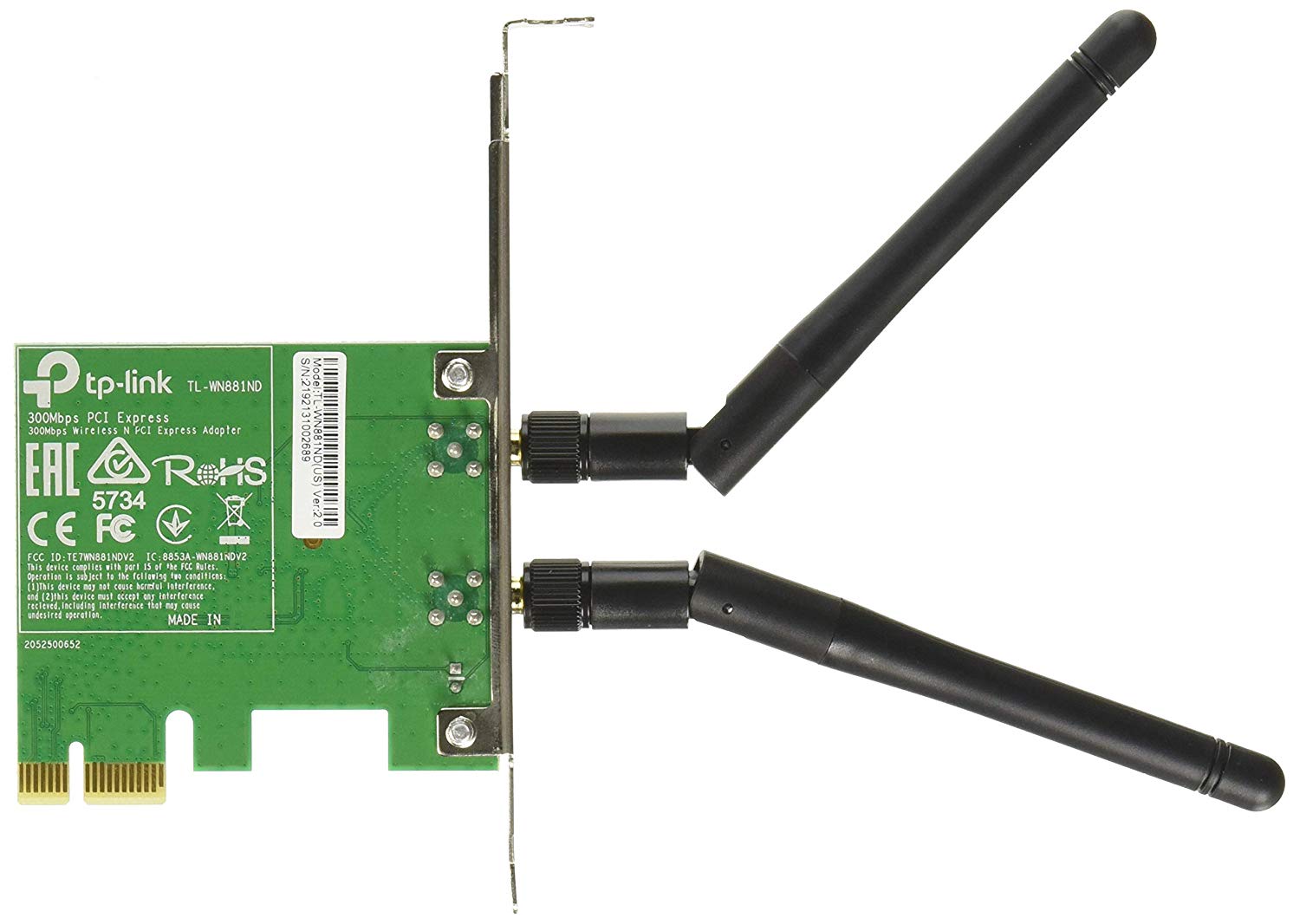 This card also utilizes Easy Setup, which is as simple as plugging in the card to the PCIe Express slot and booting up the computer the card then should install the needed drivers. The easy install is primarily because of the widespread support offering support for Windows 7/ Windows 8/ Windows 8.1 and Windows 10, along with supporting Linux version of 2.6.24 to 4.1, this allows this card to be perfect for virtually any system.

The MIMO technology that this card utilizes the 2T2R MIMO offers a much more extensive range than the conventional 1T1R model.  This increased range is perfect for anyone who is planning to keep their PC farther away from their Wi-Fi receiver or if you are planning to have walls between you and the receiver.

This card offers a two-year warranty and free 24/7 technical support for any technical issues that you might have while utilizing this Wi-Fi card. Still, to make sure the purchase is eligible for the two-year warranty, you'll need to make sure the card is stated to be "Sold by Amazon" rather than a third-party seller. With the N300 PCIe Wi-Fi adapter being on sale, making this usually $17.99 Wi-Fi PCIe Card just $14.99, which is a fantastic deal for someone who is planning to build an upcoming system with a motherboard that doesn't have support for Wi-Fi natively.