While there are many Android powered TVs out there that can be yours if you toss in a little investment, but buying a new TV itself is not an easy task, and one has to be careful in upgrading since it's a long-term investment. Case in point, you just can't throw away your current TV just for the sake of one new feature - Android, in this case. That's where the Touchjet WAVE comes in, allowing users to transform their current TV into an Android powered touchscreen display. 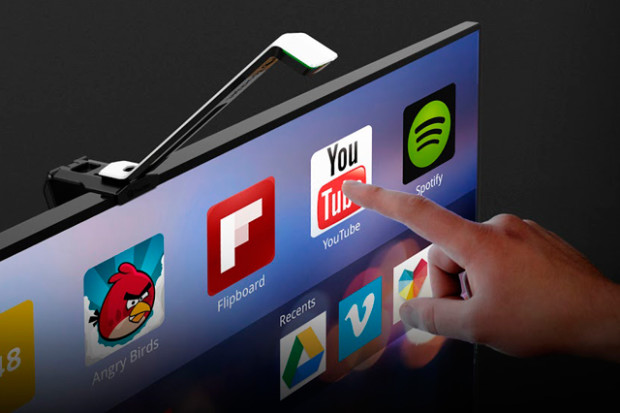 The Touchjet WAVE is a small Android powered computer that latches onto the top of your TV, and has a built-in infrared sensor that tracks finger movements. Those movements and touches are then translated digitally, registering touches wherever the user has pressed down on the display. The whole idea is actually quite top-notch and there are a lot of reasons why people would want to buy this, for example, giving presentations in an office environment, or even learning in a school. The possibilities are endless if you think deep enough. 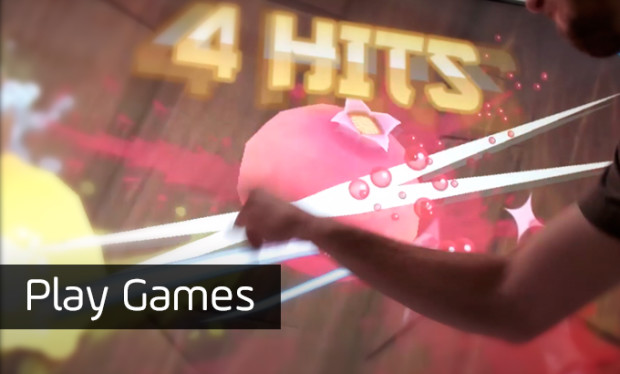 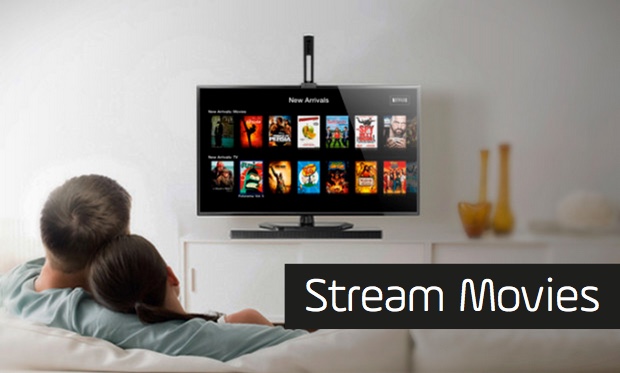 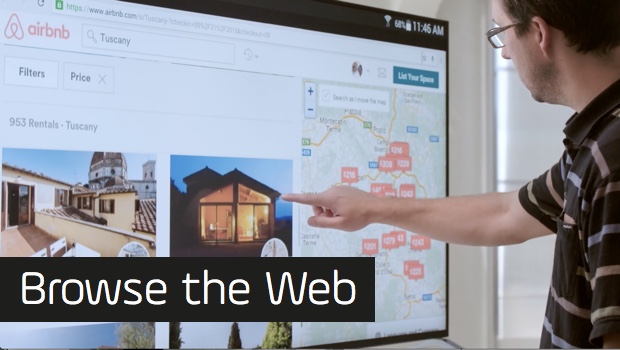 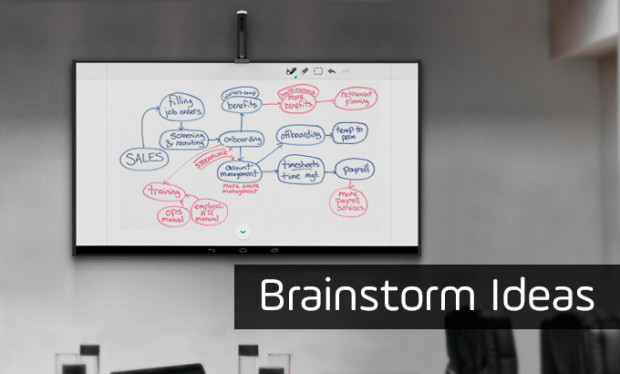 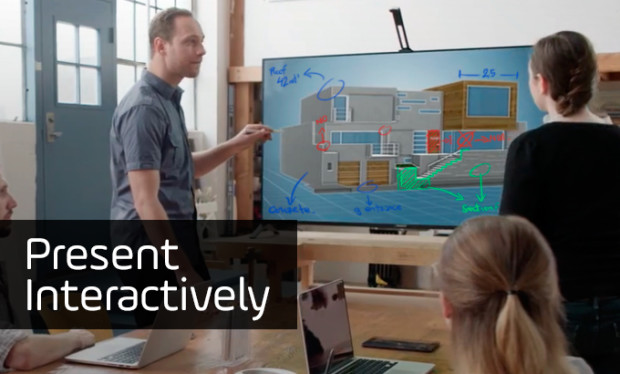 The underlying software, as we mentioned before, is Android, and sits at version 4.4.1 KitKat. Not the latest release, but it gets the job done. On top of KitKat sits a custom Touchjet UI, and the great thing here is that it can even run apps from the Google Play Store, so you can rest assured that you can post those insanely important Facebook updates right from your TV. 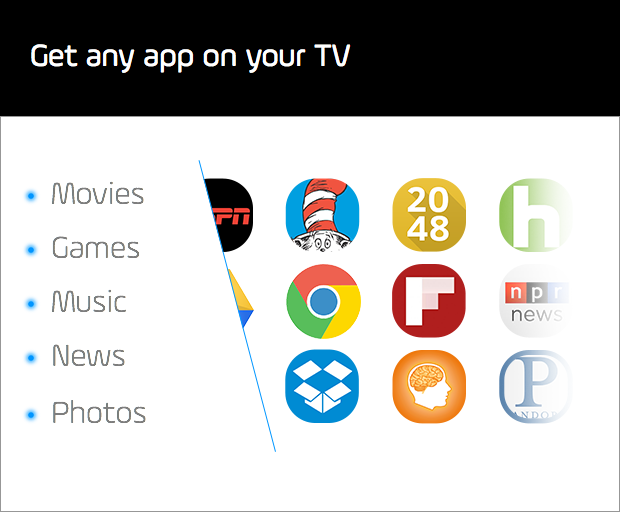 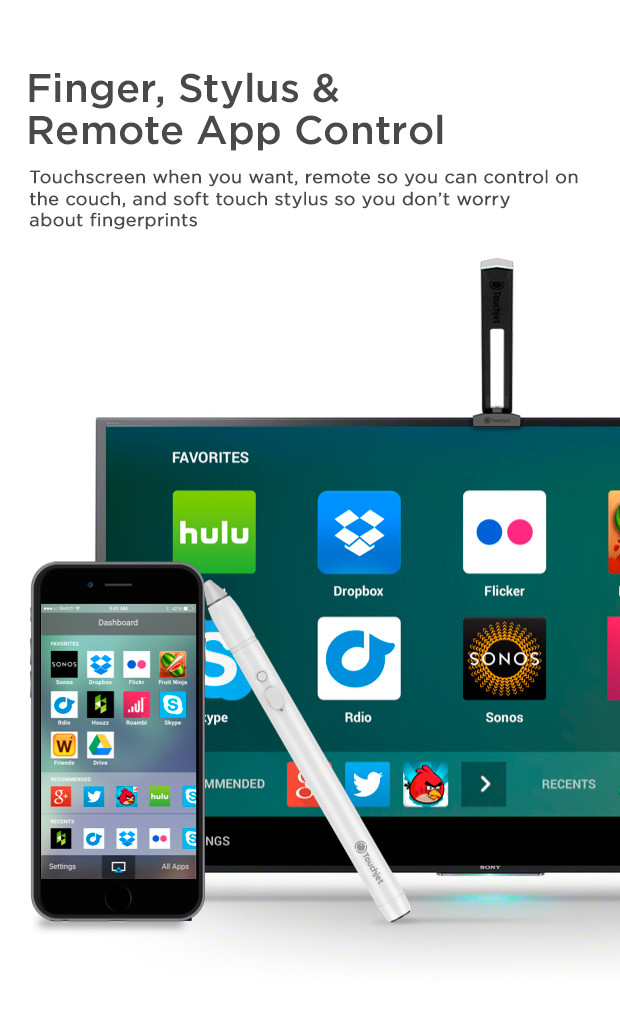 According to the developers behind the Touchject WAVE, the gadget can be controlled using three methods: either by touching on the TV directly, by using a stylus if you're afraid to scratch your TV panel, or you use your smartphone to control the whole thing from the comfort of your couch. Users can sit at ease knowing that they don't always have to poke their TV screens to make the UI work, as there are multiple methods of interaction available.

The complete set of tech specs of the Touchjet WAVE are as follows: 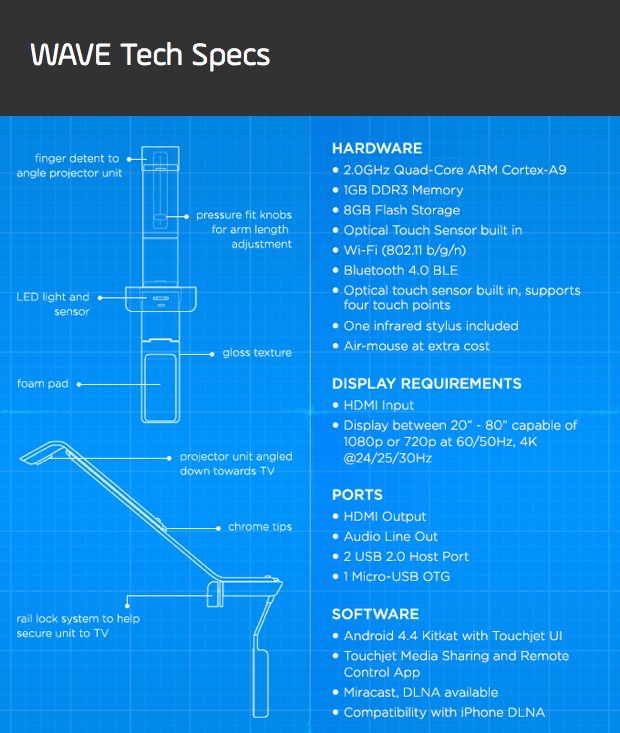 Now comes the interesting part about the whole deal - it's a work in progress, and the first units will start shipping out to backers in March. The global launch is set to happen in April, only if the project reaches its goal of $100,000, and currently the project has garnered $18,000 dollars.

If you're interested in the Touchjet WAVE, and want to snag yourself an early unit, then be sure to hit the source link below for more details.

Also let us know what you think about the whole contraption. Do you think such a device has a space in our living room or office?