After the Apple Watch and the iPhone 6, Apple is now all set to introduce the next generation of iPads. These are expected to come with several improvements on board including the A8 processor debuted with the iPhone 6. Touch ID is another feature that has been oft rumored for the iPads and today's report further lends credibility to this fact. 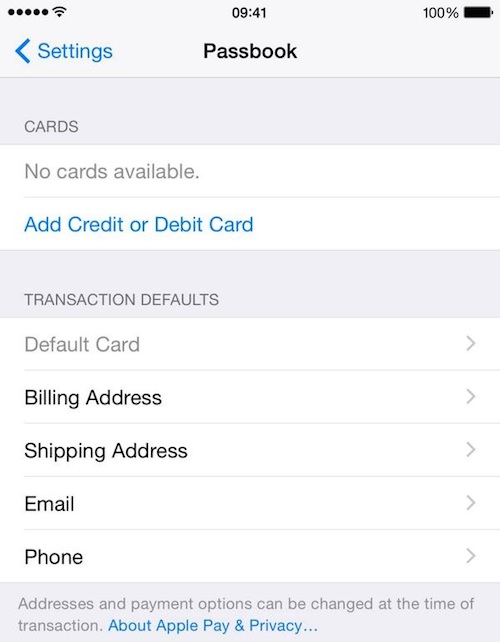 With iOS 8.1 seeing it's first beta build being made available to developers, it seems like one of them has done some tinkering around the OS and unearthed some interesting findings indeed. Developer Hamza Sood posted a variety of tweets today related to Apple Pay and the iPad. The first of these is a hidden pane in the operating system which shows Apple Pay Settings, or the area in which the user can enter his/her credit card details and other information such as billing and shipping address.

This is followed by the privacy statement for Apple Pay which outlines terms for usage and collection of information. The second of Hamza Sood's tweets shares a much interesting piece of information however.

Looks like the next iPad is getting Touch ID pic.twitter.com/HuqrJrYE58

After unearthing Apple Pay settings menu and privacy statement of the service, Hamza went further digging around in iOS 8.1. What he claims to have unearthed is support on the iPad for Apple Pay. Or more importantly for Touch ID verification. According to Sood, after some tinkering around, a message appears stating:

Pay with iPad using Touch ID. With Apple Pay, you no longer need to type card numbers and shipping information."

If correct, then this almost certainly manages to confirm the presence of Touch ID on Apple's next generation for the iPad. Whether the upcoming iPads will be able to utilize NFC for Apple Pay remains unclear as we have seen no evidence whatsoever of the fact so far.