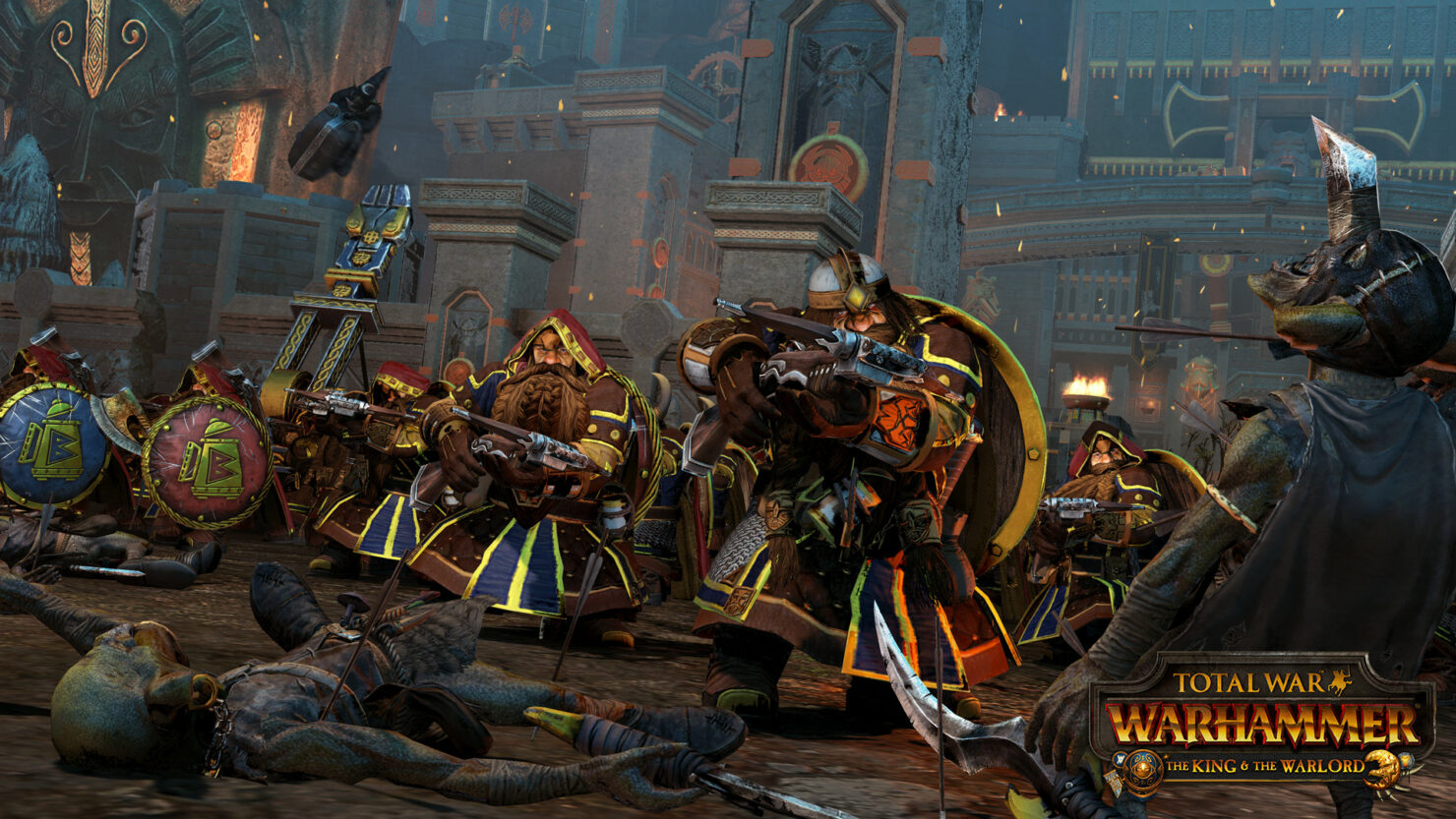 Coming off the heels of the Grim & Grave DLC, the second Lords pack for Total War: Warhammer brings two new legendary lords for the Dwarfs and The Greenskins.

Here's what else comes in the rather sizable The King & The Warlord DLC:

The settlement of Karak Eight Peaks has a unique building chain depending on which one of these two factions control it. Benefits range from stat bonuses while under siege to surrounded military units in nearby provinces.

The new dwarven lord comes in the form of noble Belagar Ironhammer, ancestral heir of the Karak Eight Peaks and true king. Warlord of The Eight Peaks Skarsnik will be leading the Crooked Moon Tribe of Greenskins to WAAAAARRGH. Lore-wise the two have been fighting each for dominion for the Eight Peaks for a good long while.

Each Lord brings their own special bonuses each of their campaign. Skarsnik has a Giant Cave Squig Gobbla and a Goblin Big Boss companions right at the start of his campaign. Ironhammer, on the other hand, can summon the spirits of his ancestors to battle alongside him against the Crooked Moon Tribe. Some of the new additions to the build trees include a ranger barracks to build elite Bugman's Rangers for the dwarfs. The Greenskins can now build Squig Cages that give them access to the adorably murderous Squigs. The King and the Warlord DLC will hit Total War: Warhammer on October 20 for $7.99 .