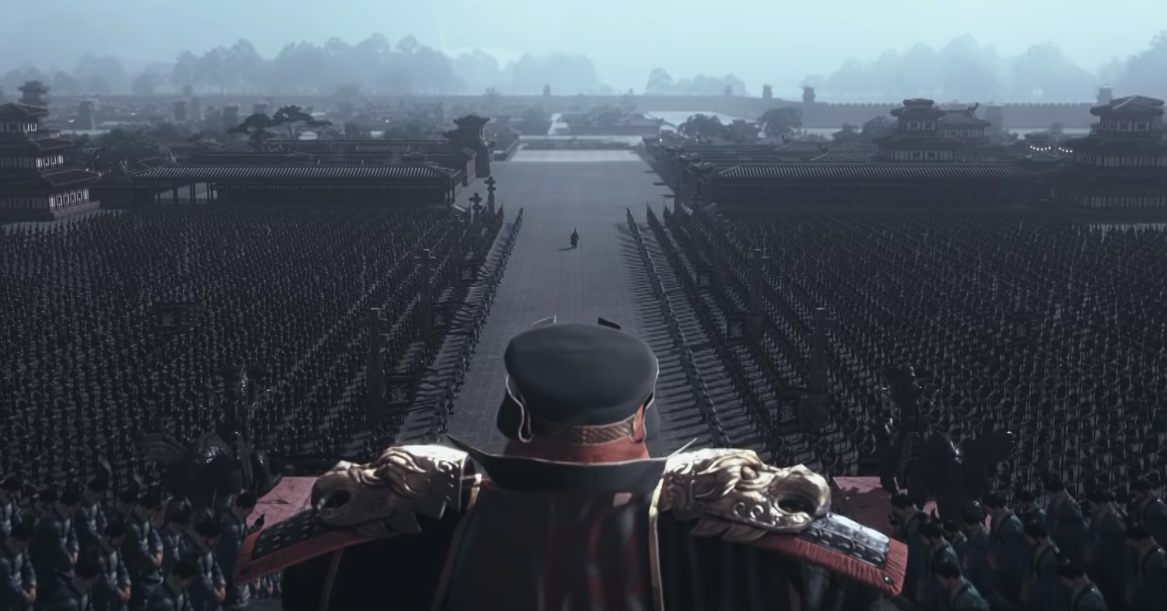 Total War: Three Kingdoms, a game that I can't seem to help but wax lyrical about. So much so that I've been doing so before the game was even conceived, always saying that the Three Kingdoms era of China would make the perfect setting for a Total War game.

In four weeks’ time, on the 7th of March, 2019, the day of judgement comes. This is when Total War: Three Kingdoms will be released on the PC. Until that day, we've got another reveal trailer to satiate our needs - because we all want this game, I've just told you we do. This is the trailer that reveals the Tyrannical Dong Zhuo, the man who began the fall of the Han dynasty and brought about the era of the Three Kingdoms.

Greed drives the malevolent Dong Zhuo, and he’ll let nothing stand in his way. Flanked by his adopted son Lü Bu, the greatest warrior in the land, no one can match their might and fury. By spreading fear and intimidation, those who oppose Dong Zhuo will soon bow down. Victory is nearly in his grasp!

Dong Zhou will appear as a playable faction once you defeat Dong Zhuo in battle (you don’t need to kill him, just defeat the army he is a part of) or reach the rank of Emperor.

Last year I was able to have a hands-on with Total War: Three Kingdoms, as well as have an interview with two members of Creative Assembly, the developers. Here's what I thought about the game back then, with further reveals like the spy system only adding to my anticipation:

Did I enjoy my time with Three Kingdoms: Total War? Having played through the battle four times – losing once and winning three times – I did. There’s a fresh feel to the game without drifting off into Warhammer territory. It’s grounded, at least to a degree, in reality. Ignoring the story elements, there’s a number of new features placed into battles to be seen even from this one alone. It also looks fantastic, with the aesthetic choices and increased colour found in the game.