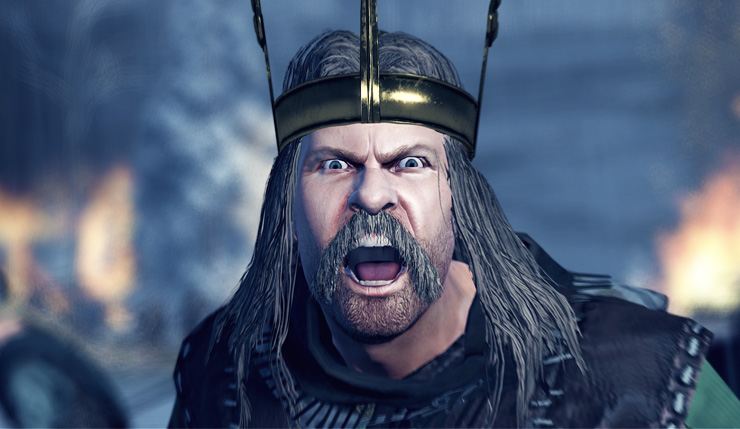 Total War Saga: Thrones of Britannia has revealed its latest historical leader, and a bit about how the battle for Irish supremacy will play out in the game. The leader is Flann Sinna, one of the legendary High Kings of Ireland. Check out a rather badass cinematic trailer for Sinna, below.

“There are multiple routes to a glorious victory in Thrones of Britannia. For Flann Sinna, King of the Gaelic Kingdom of Mide (and later High King of Ireland), there is one that is truly coveted – uniting his Irish homeland into a new, greater kingdom. To realize his ambition Flann plots a dangerous alliance with the nearby Viking factions, a gamble which may not pay off.”

Different kingdoms have different victory conditions in Thrones of Britannia, and the goal of Mide under Flann Sinna is to unify Ireland by ruling over five vassals, while retaining control of your home kingdom. Of course, doing so will require careful plotting and decision making. Creative Assembly have provided the following playthrough of the Kingdom of Mide campaign.

2018 is a particularly busy year for the Total War franchise. In addition to Thrones of Britannia, we’re also getting Total War: Three Kingdoms and a new expansion for Total War: Rome II was just released. Armchair generals have their work cut out for them.