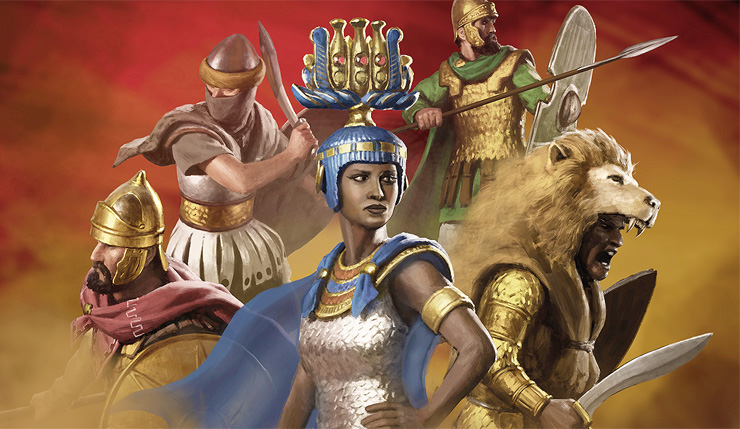 It’s getting difficult to keep track of everything going on with the Total War franchise. Total War: Warhammer II just came out, Total War Saga: Thrones of Britannia and Total War: Three Kingdoms are on the way, and now Creative Assembly have revealed a new DLC pack for 2013’s Total War: Rome II. The Desert Kingdoms pack adds four new African/Middle Eastern factions, which you can see in action, below.

“The Desert Kingdoms Culture Pack four new playable factions. The kingdoms of Kush, Saba and Nabatea fall under the African/Arabian subculture, while the Masaesyli are of Numidian origin. These factions are native to the deserts of Africa and Arabia. Surviving these harsh environmental conditions has forged them into hardy warriors who use the shifting desert sands to their advantage in battle. While culturally similar, each faction boasts unique new unit rosters which offer different strengths. Each faction also has new building chains and technology trees, playing to their strengths and further differentiating their playstyles.

Alongside their individual Faction Traits, the Desert Kingdoms all share the following Cultural Traits:

Interestingly, Creative Assembly will also be adding a roster of new female leaders and generals to all Total War: Rome II campaigns and factions. Special events that explore the trials and tribulations powerful women faced in the ancient world have also been added. You’ll even be able to set up politically advantageous marriages between faction leaders. The new female leaders include Illyrian queen regent Teuta, and, of course, the legendary Cleopatra. The new female leaders will be free.

Total War: Rome II – Desert Kingdoms and the new woman leaders will be available on March 8. Players who pre-order the DLC on Steam will get a 10 percent discount.