Toshiba RC100 Is an NVMe SSD That Offers a Cheap, but Huge Performance Boost Solution for Your Notebooks and Systems 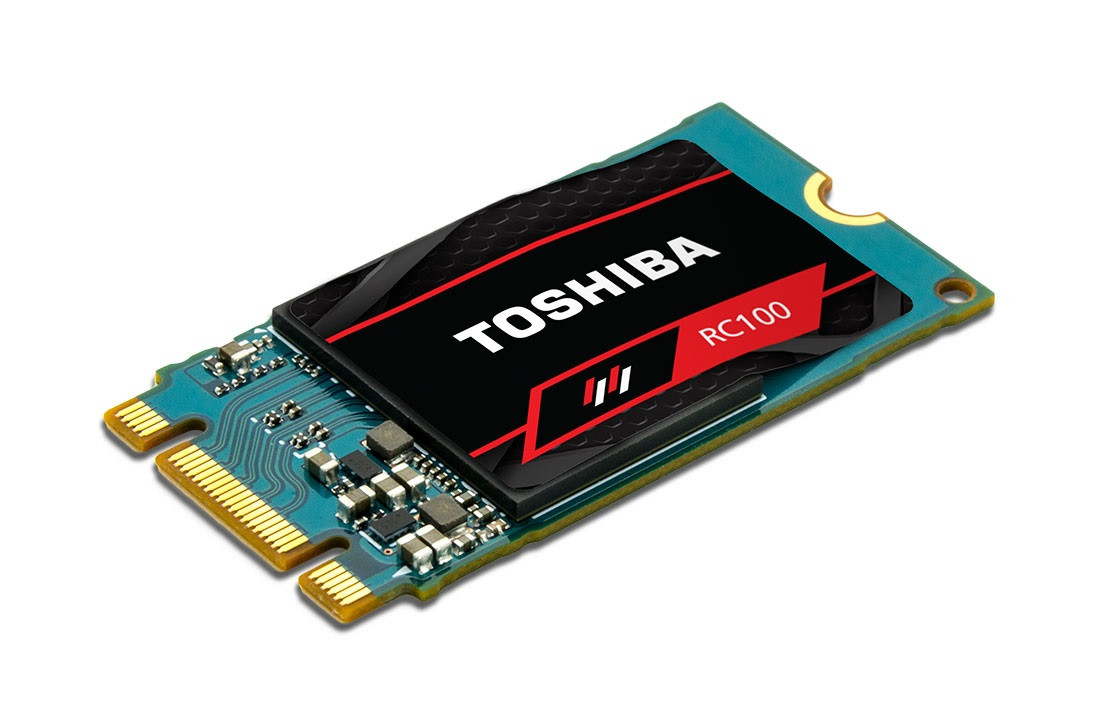 Did you just buy an expensive notebook and found out that it is outfitted with a SATA-based SSD or simply want to give your desktop a massive performance boost without spending too much cash? The Toshiba RC100 NVMe is an entry-level NVMe SSD that offers faster performance compared to your traditional solid state drive for a small bump in its price tag.

Categorized as an entry-level NVMe SSD, the Toshiba RC100 is designed to provide much higher performance as opposed to the regular SATA-based solid state drives. As for its form factor, while it does support the M.2 shape, it is built using the M.2-2242 form-factor, which is 42mm long.

Simply stated, this drive will fit on any motherboard that supports M.2-2280 drives but it will require you to make some adjustments when you are fastening your drive. Toshiba RC100 drives combine an in-house developed controller with Toshiba 64-layer BiCS Flash TLC memory. The SSD takes advantage of the PCIe 3.0 x2 host interface, as well as the NVMe 1.2 protocol.

Now for the details that you’ve all been waiting for; the speeds. The drive is able to offer sequential transfer rates of up to 1,620MB/s reads, with up to 1,130MB/s writes, 4K random access performance of up to 160,000 IOPS reads, and 120,000 IOPS writes. These are the kind of speeds you experience from ultra-premium notebooks and such drives are not necessarily present in a large number of ultra-portable notebooks.

While the pricing details have not been provided, the Toshiba RC100 is going to be sold in the 120GB, 240GB, and 480GB storage models, and to give you more comfort when making a purchase, it is also backed by a 3-year warranty. Sadly though, the SSD is not available in higher capacities, which could have brought a ton of benefit for users in the long run.