Roundup Of The 5 Apple Watch Apps So Far

In the lifespan of the Apple Watch, it's still very early doors, but while we fully expect the selection of apps for the wearable to improve considerably during the next weeks and months, there's actually quite a varied and impressive range on offer right from the start. Here, we take a look at our five most eagerly-awaited apps available from launch, which should, in turn, help you to decide what to download when you've acquired the Apple Watch.

In this little round-up, we've tried to keep things as varied as possible, so whether you're looking to be sociable, productive, or simply kick back to a puzzle game, there's an (Apple Watch) app for that!

Instagram, the iconic photo-sharing service, is ready for Apple Watch users to dive straight into. It's a neat, convenient way for users to keep updated on what's going on in the world of Insta, with a content feed as well as the ability to like and post emoji comments, plus there's also support for interactive notifications on the watch, keeping you in the loop with any comments or likes coming your way. 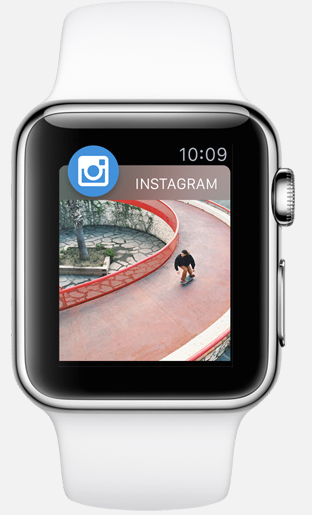 The only real downside of Instagram, as with any other app based on photo-taking, is that it's unable to take advantage of Apple Watch's not-existent camera. In future generations, we'd like to think that Watch might offer its own in-built shooter, but for the time being, Instagram for Apple Watch is a supplement to the experience rather than a replacement.

Despite the presence of SoundHound and others, Shazam is considered the de facto king of the music-tagging applications, and having established itself on Apple's iOS, now takes its robust feature set to the Watch. 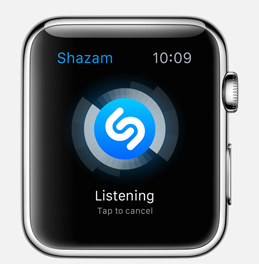 All you have to do is tap on the Shazam app icon, and it'll listen out for that song on the radio that you like, but do not know the name of. From there, you get the name of the song, who it's by, and even the lyrics, allowing you to enjoy the rest of your newly-discovered tune without messing up the lines.

This app will help you to keep track of your spending, and if you find it difficult to manage your monthly expenditure, Mint Personal Finance should be of assistance.

The interface is laid out simply, with info relating to how much you have spent and what funds, if any, you have free, and you also get weekly notifications to inform you on whether you're sticking to your targets.

The mobile world's go-to note taker graces almost every other platform, so it was only right that Apple Watch would be supported right from the off. 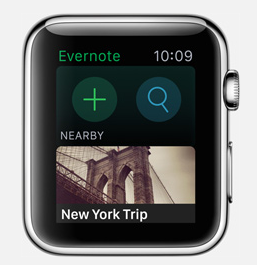 Quirks including the ability to dictate notes and set reminders, and Evernote for Apple Watch also lets you check notes related to upcoming meetings at a glance.

Although the small display of Apple Watch means that gaming will never quite live up to the heights as compared with, say, an iPhone or iPad, it can still be done, as this neat little puzzler proves.

It's called BoxPop because the goal is to pop through boxes, and there are 40 levels' worth in total. Since it gets increasingly difficult as you pass through said levels, you'll likely be hooked in to time, and where Angry Birds' charming simplicity saw it dominate the iOS App Store early on, BoxPop may well be another quick-starter destined for greatness.

As noted earlier, there'll surely be tens of thousands of Apple Watch apps available in the not-so-distant future, and if we come across any of particular interest, they'll be covered in detail here at Wccftech!

What's your favorite Apple Watch app so far? Share your comments with us below.