Titanfall may not have been quite the commercial success that Respawn Entertainment had hoped for, but that doesn't mean it isn't fun. Titanfall 2 has been officially confirmed and they are also celebrating one year like a boss, by making all the DLC for or Titanfall free. 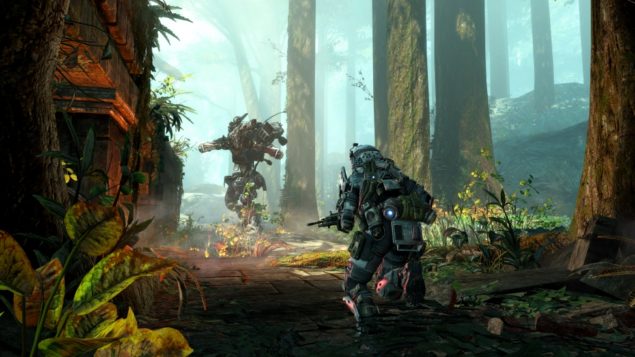 Respawn Entertainment marks their Titanfall anniversary by making all DLC for all platforms free.

All three map packs for the Xbox 360, Xbox One and the PC will be free to all owners of the game. All you have to do is login to your Origin account, or into the Xbox online store and download the Season Pass. The purchase process looks like you’re buying something, but it’s free, don’t worry.

Titanfall seems to illicit some differing reactions from people, either a one of disdain of extreme excitement. Titanfall doesn’t quite have the largest following of all the games recently released, but it does have a strong following by those that love it. And Respawn Entertainment is giving back to that community, and the rest of us that own Titanfall.

“Since then we’ve been overwhelmed by the amount of support from our community. You’ve given back to us by creating costumes, videos, tournaments and art inspired by the game that continue to amaze the team here at Respawn. In turn, we’ve worked hard to create new modes and features as well as maps to show our commitment to you and keep giving you more reasons to enjoy Titanfall.”

Titanfall was a giant step outside of the normal bounds of fast-paced FPS play when it was released. It was also a technological marvel considering the use of the Source Engine (which was decidedly dated even when it was used in this) and the nice visuals it provided. It was heralded as Call of Duty with jetpacks and mechs. But it’s so much more than that with a well written and integrated story and great combat elements. Give it a chance and it might just grow on you.

Despite that small community, it’s still a very well put together fast-paced team-based FPS. I was actually surprised with how fun it was when I launched it for the first time since purchasing it for PC when it launched. It actually wowed me a little. So go download the map packs and enjoy the frantic mech filled carnage. I’ll meet all you guys there!