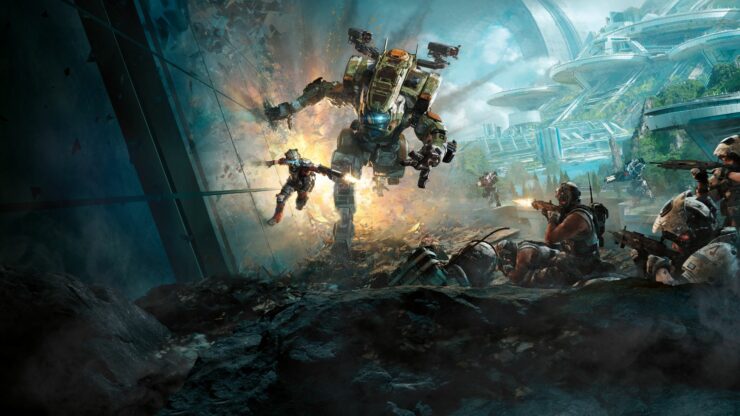 A few days ago, the PC version of Titanfall 2 received a new update which introduced a very useful feature for those running the game on lower spec video cards, dynamic resolution scaling. A new comparison video that has been made available a few hours highlights the improvements for three different GPUs.

The Titanfall 2 dynamic resolution scaling comparison video put together by Santiago Santiago compares the game's performance on GTX 750 ti, GTX 950 and RX 460 with scaling off and on. In all three cases, the game manages to run at 60 FPS with the new option, with very little loss in graphical quality.

The recently released Titanfall 2 update also introduces plenty of other tweaks and improvements which improve the experience considerably, such as general stability and performance improvements and much more.

Titanfall 2 is now available on PC, PlayStation 4 and Xbox One.

Respawn Wins Oscar for Medal of Honor Documentary, Is Working on New IP