Titanfall 2 is looking “fantastic”, and the relationship with its developer, Respawn Entertainment, is “extremely strong” according EA’s CEO, Andrew Wilson. More details regarding the next Titanfall will be revealed in the months ahead. 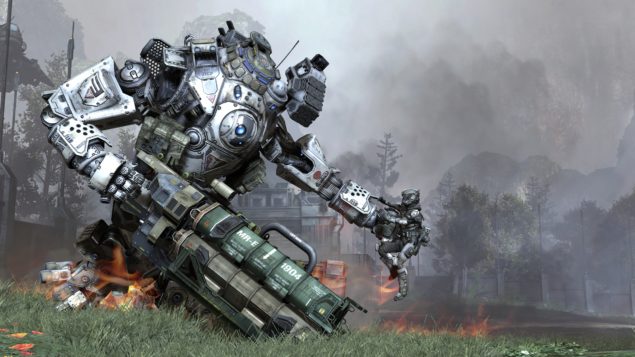 During EA’s earnings call for the 3rd quarter of their fiscal year 2016, Wilson was asked about development progress on Respawn’s upcoming new title, and the overall relationship with them to possibly expand the Titanfall franchise to additional titles.

Great, thanks. Was wondering if you could comment on the progress of the next Titanfall, and with that the overall relationship with Respawn, if for instance, there are opportunities to expand that relationship to a couple other titles. And then I was hoping Peter could expand on the EA Sports opportunity: how large do you guys think this could be, how impactful could be to the overall business over the near term, and then the longer-term as well. That would be helpful. Thanks

While Wilson noted that it’s a bit early to talk about details regarding Titanfall 2, he did reveal that he has seen the game in advance. According Wilson, having seen the game, it’s looking “fantastic”. The relationship with Titanfall developer Respawn is “extremely strong”, and EA has great faith in them. Furthermore, more details regarding the next Titanfall, will be revealed in the months ahead.

I'll take the Titanfall question. Again, it's a little early to start talking about the details of Titanfall in this juncture, and that wasn't the purpose of raising it. What I would say, having seen the game, is it's looking fantastic. Our relationship with Respawn is extremely strong; we have great faith in that entire team to build a spectacular game and are really looking forward to sharing more details in the months ahead.

We can’t wait for details regarding the new Titanfall, which is supposed to be a multi-platform title. We’ll keep you posted.

Respawn CEO: I’m Not Worried, I Think The Creative Freedom Is Still Here