These Tiny, Wearable Robots Will Crawl All Over Your Body! 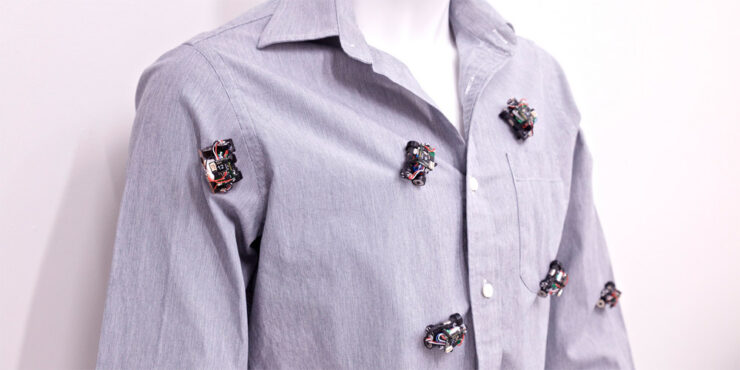 It’s freaky, I know. They’ll feel like tiny insects trying to consume you, kind of like the scene from The Mummy. These tiny robots are known as ‘Rovables’. With tiny magnetic wheels, they move about on your body, kind of like rovers on a planet. They’re designed to perform all kinds of weird helpful tasks.

The Rovables were designed by engineers from Stanford & MIT, and will be presented at the ACM User Interface Software & Technology Symposium (UIST), Tokyo. Each Rovable is 1 inch by 1.5 inches in size, and contains a battery, wireless communications & a micro-controller. The magnetic wheels are made of Neodymium which helps it latch on to the fabric of your clothing. 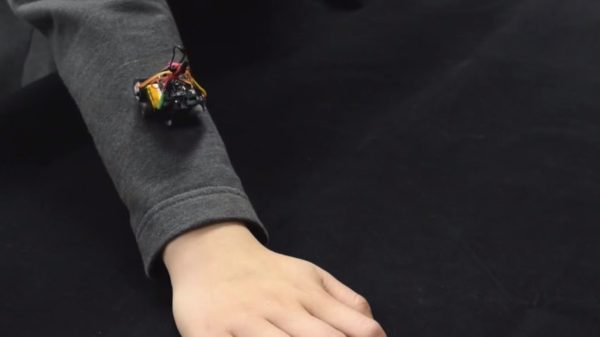 They have unique algorithms & sensors that allow them to have limitless automation. So far, they are able to go on for about 45 minutes before they need recharging for further operation. And here’s the catch: these robots are actually smart enough to know when to locate a charger for themselves.

What use can they be of? Well, they can be equipped with tiny vibrators to push gently against your skin for a wake-up call or a reminder. A bunch of them can group together to form a name tag and adjust your clothing too. They may even act as mobile sensors & help you figure out the best spot for health monitoring.

The team actually envisions these bots to get even smaller, about the size of your fingernails & more autonomous too. The team put a scenario into perspective where a woman wears these Rovables. They help monitor her health in the gym, acting as her fitness tracker. In the subway, they form a smartphone screen & play her a movie. They roll up her sleeves when it gets hot, tap her on the shoulder when there’s an important email, and wake her up when it’s morning.

Let’s see where this tech goes. The video below shows these Rovables in action.