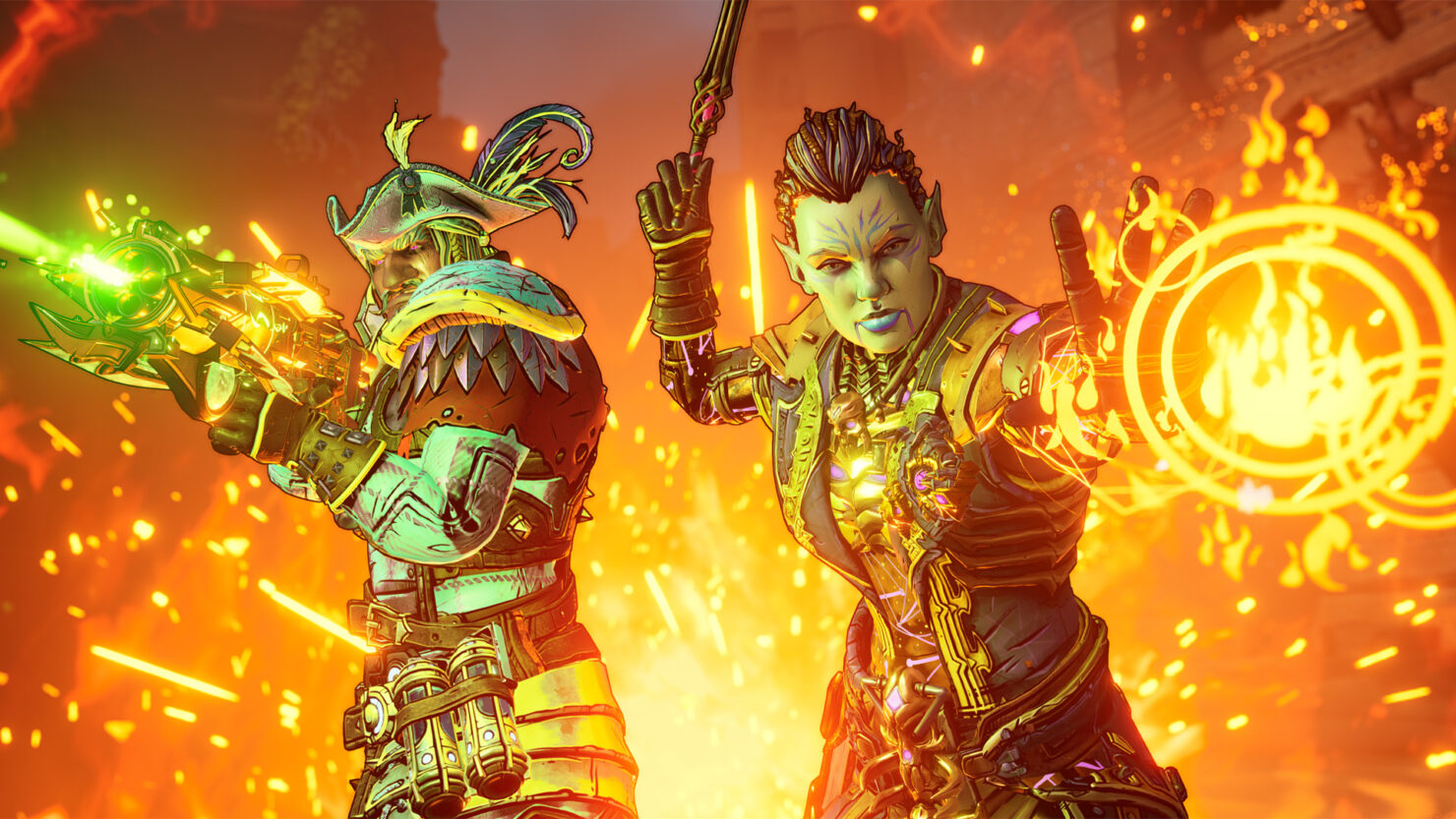 Tiny Tina’s Wonderlands isn’t even a month old yet, but Gearbox is already rolling out its first chunk of DLC. “Coiled Captors” is the first of four season pass updates, each of which will provide a replayable dungeon, a boss that will get tougher the more times you face it, and, of course, the usual array of new loot and cosmetics. This time around you’ll be venturing into a wintery-themed dungeon and going up against a toothy landshark known as “Chums,” which just so happens to be inhabited by the spirit of an Old God. Sure, why not? Check out a trailer for Coiled Captors, below.

As mentioned, the Tiny Tina’s Wonderlands Season Pass includes four updates with a similar structure to Coiled Captors at a price of $30. Here’s a bit more detail about the first update…

Coiled Captors begins in Dreamveil Overlook, where the enigmatic fortune teller Vesper awaits. Eons ago, the Coiled naga got the biggest catch of all: an old god. They trapped the being within the sharp-toothed, leathery-skinned body of a mighty seawarg, caging it deep within an icy mountain. Only you have the power to free him from his fleshy prison—but doing so means wading through wintery wastelands, arid ruins, and flooding caverns full of enemies. Coiled Captors includes: