TikTok, one of the rising stars in the video-sharing app space, promulgated on Wednesday a wide-ranging prohibition regarding “misleading information” that may prove to be detrimental to the app’s community or the public-at-large.

For reference, the app’s previous rules regarding misleading content were confined to the proscription of scams, money-making schemes built on false information and employment of fake identities. The latest revision to these rules, however, prohibits the following:

Notably, the guidelines do not specify the exact criterion that TikTok will use in order to distinguish any perceived misleading content from one that is grounded in facts. This, in turn, provides spacious interpretation legroom for the content moderators and may lead to instances where such moderation is either found to be overzealous or overly lax.

In promulgating such sweeping rules, TikTok has set itself apart from its larger social media peers. Facebook, for example, has repeatedly stated that it does not wish to become an “arbiter of truth”. Nonetheless, Facebook was compelled to announce new rules regarding deep fakes and other altered content following a democratic backlash as a heavily doctored video of U.S. House of Representatives Speaker Nancy Pelosi went viral on the platform. 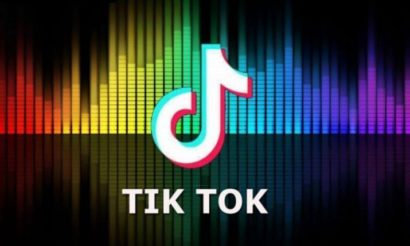 The Bytedance-backed TikTok and its Chinese counterpart – Douyin – have registered aggregate downloads of over 1.5 billion with 680 million downloads arising in 2019 alone, as per the data available from the research company Sensor Tower. According to App Annie, the firm that tracks app downloads, TikTok is the seventh most downloaded app in the past decade. This is an impressive feat given that the platform launched only two years ago. It is, therefore, hardly surprising that the app’s financials have been rocketing higher. According to Apptopia, TikTok’s revenue grew by 310 percent on an annual basis during the fourth quarter of 2019 to $50 million.

Despite its meteoric growth, TikTok has been in the crosshairs of the U.S. administration lately over fears relating to its data handling practices and the attendant national security concerns. This, in turn, has prompted scrutiny of the app from the U.S. Army and the Committee on Foreign Investment in the United States (CFIUS).

For its part, TikTok maintains that the data of U.S. consumers is stored outside of China and, therefore, fears of Chinese government intrusion are not grounded in reality. A recently released transparency report by the company does provide a modicum of vindication to its stance. The report states that the Chinese authorities have not asked it to remove any content or provide information pertaining to any user. On the contrary, most such requests during the first half of 2019 emanated from either the U.S. or India where the app is wildly popular.