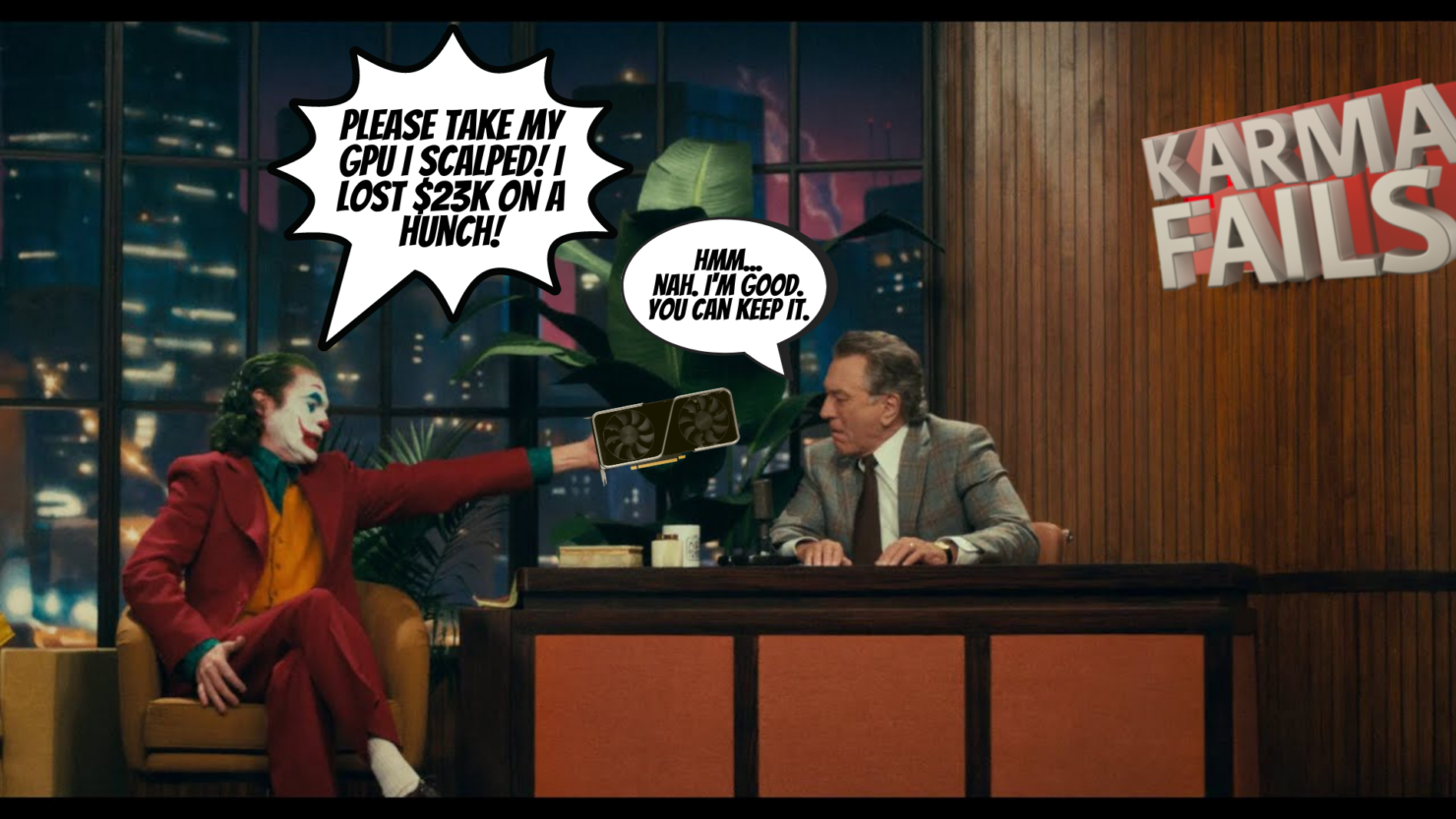 TikTok account @gpu_scalper appeared on the PCMasterRace subreddit over the last day, showing the account holder going through a box full of graphics cards used for crypto mining. Unfortunately, the account appears to have wasted $23,000 in a few months.

But, is everything as it seems?

TikTok user complains about losing money on GPUs scalped for crypto mining, but is there more than meets the eye?

We have seen the crypto market drop over a matter of months. The press and specialists predicted this would happen, but several miners were unprepared for the digital currency recession. And, to add more fuel to the fire, graphics card prices are normalizing as the GPUs become more accessible in the marketplace.

On his account, Reddit user measter02 posted TikTok user @gpu_scalper's video at the end of twelve posted videos, with the first starting June 2021. It starts with the account holder being one of the upper two percent of why ordinary consumers could not access the ability to purchase a GPU for a valid account. The user was naive enough to post a video with the serial number of one of the cards. But, as the account moves towards the present day, the user seems to be in a pickle, sitting on boxes of graphics cards, with companies like Gigabyte, NVIDIA, and more, stating that they spend thousands to use for mining for Bitcoin.

While the Internet has a field day roasting @gpu_scalper, the comments section tells a different story. Most of the messages of people saying they would pay a low price for the card or pay a standard fee to have a "like" from the account holder. With the limited number of videos, the user could use this chance to directly message those users to sell the cards for a fair rate.

Wccftech and several other websites have reported the dangers of using a graphics card after being used for crypto mining. The stress put upon the GPU makes buying a second-hand card a terrible investment, no matter the cost for the unknown life of the card or any warranty. But, that is probably not stopping this user from attempting to make something back from his original investment, even with the hit.

While it is a sad reality of what happens when you gamble on what is reportedly a sure thing, it satirizes the public's constant need for cheap materials and the greed of particular users.