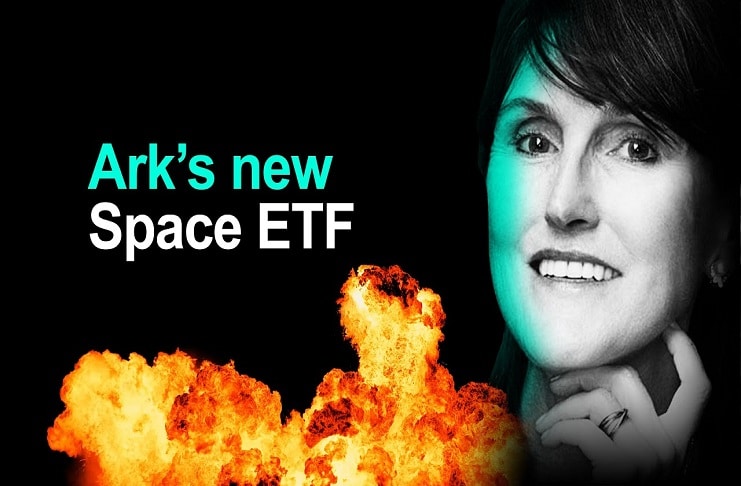 ARK Space Exploration and Innovation ETF (ARKX), a space-theme fund launched by the prolific fund manager Cathie Wood, has been the center of investor attention ever since its much-hyped launch last week. However, the structure of the portfolio has given rise to a number of pertinent questions.

Pretty shocking Day Two volume for $ARKX. I would have guessed $50m (as most ETF's volume tends to drop like stone on second day after hype fades a la $BUZZ) but it traded $150m. It very well could end up having best opening week of all time (until a bitcoin ETF launches that is) pic.twitter.com/aooU8xS3Fx

Now, for all intents and purposes, the debut of the ARK Space Exploration and Innovation ETF was a success. For instance, Bloomberg analyst Eric Balchunas noted that the ETF traded $146.411 million worth of securities last Wednesday, suggesting a sustained hype in the portfolio after trading officially commenced on Tuesday. 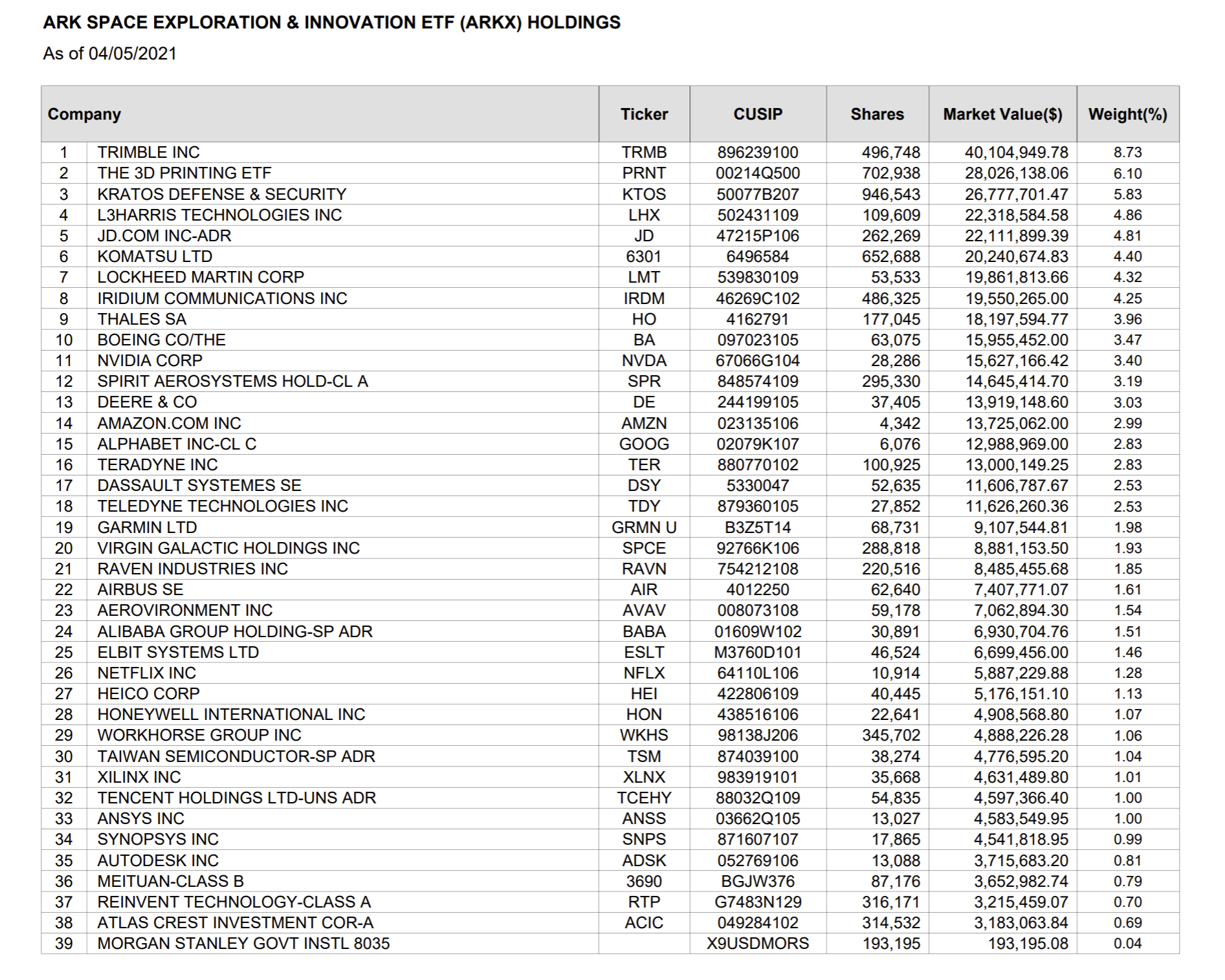 Nonetheless, it is the constituents of the ARK Space Exploration and Innovation ETF that have raised quite a lot of eyebrows. The above snippet provides the most up-to-date snapshot of the ETF’s holdings. As can be deduced quite clearly, Trimble (NASDAQ:TRMB) and the ARK 3D Printing ETF (PRNT) constitute ARKX’s biggest holdings. Readers should note that Trimble is already a part of the ARK 3D Printing ETF. While not illegal, the fact that ARKX is buying into the holdings of the PRNT ETF is problematic. Granted, 3D printing is expected to play an important role in future space missions, including building human habitats on Mars. However, it is the paramount position of PRNT holdings within ARKX that smells of an elaborate return boosting mechanism at best and a Ponzi scheme at worst.

This brings us to the crux of the matter. The ARK Space Exploration and Innovation ETF does not include any stock that deals with the actual space frontier and exploration. Virgin Galactic (NYSE:SPCE) comes closest to meeting this criterion, where passengers would spend a couple of minutes at the edge of space to experience microgravity aboard Virgin Galactic’s dedicated “spaceships”. I was personally very surprised that ARKX did not include Rocket Lab, the second largest space exploration company in the US after SpaceX. Some have tried to justify this exclusion by claiming that Rocket Lab is currently in the pre-merger phase and is expected to merge with the SPAC Vector Acquisition Corp. (NASDAQ:VACQ). According to this line of reasoning, Cathie Wood may not be very keen on acquiring exposure to pre-merger SPAC stocks. While this may be true, the fundamental precept of this rationale is negated by the fact that ARKX does include shares of Atlas Crest Investment (NYSE:ACIC), a SPAC that is slated to merge with the eVTOL company Archer Aviation.

Additionally, how is the inclusion of Netflix (NASDAQ:NFLX) in the ARK Space Exploration and Innovation ETF pertinent to the portfolio’s ethos? Unless Cathie Wood’s vision of space exploration relates to copious binge-watching of Netflix’s mediocre shows, I fail to find any rationale for the inclusion of this stock in the portfolio. While it may be true that some of ARKX’s holdings only serve as placeholders until the time is right for a comprehensive overhaul, the initial structure of the portfolio has left a lot to be desired.