Battery life has always been a cause of concern for the average consumer no matter what type of device they might own. Over time, many manufacturers have tried to overcome the issue by providing a bunch of different tricks to users in the form of low power modes and the oh-so loved power banks. But the problem is, while the software side of the equation does all it can to save battery, but carrying a power bank is not feasible at all in a lot of cases. Keeping the bulkiness of the power bank in mind, a startup has announced a very awesome little accessory that transforms any microUSB capable device into a power bank to charge other devices. 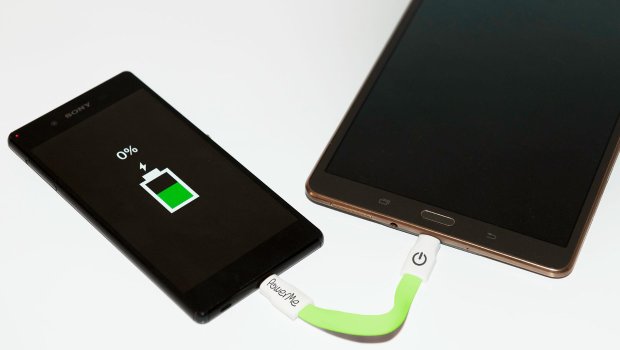 Dubbed the PowerMe, it is essentially a small cable whose one end connects to a smartphone, tablet or a computer and the other into a device which you want to charge. The cable makes use of the OTG tech for charging devices, and since it uses that tech, you can even copy photos, videos and other stuff from one device to the other as well.

The cable also comes with a microUSB to Lightning adapter, so you can charge your iPhone as well on the go from another device. The idea behind PowerMe is an absolute simple one - just carry a small cable with you, and snoop up juice from a smartphone or tablet that has sufficient power, saving you the trouble from carrying a power bank in your pocket.

The PowerMe can also be used to charge your device using a computer directly from a standard USB-A port, so you don't have to worry about compatibility one bit. 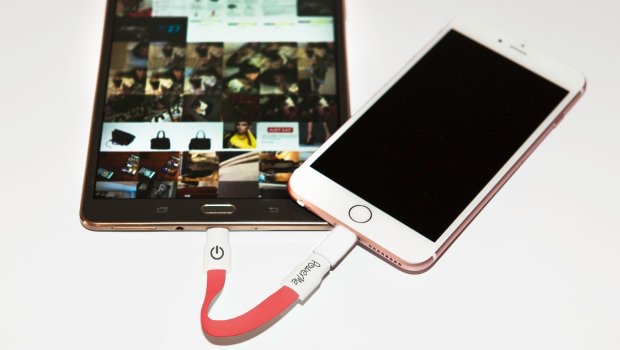 Currently, the PowerMe is a project that is looking for funding so that it can become a real shipping product. At the time of writing, the PowerMe has garnered $1,422 from its goal of $10,000. Once that goal is met, the PowerMe will begin to ship.

It boggles our mind that such a simple cable can do wonders for a user in the battery stake. After all, whenever we pocket our devices, a small part of our brain keeps on poking us as a reminder that we can run out of juice at any given point. But with the PowerMe in our pockets, we can rest easy without worrying much about battery life.

For more details on the project, simple head over to this link.