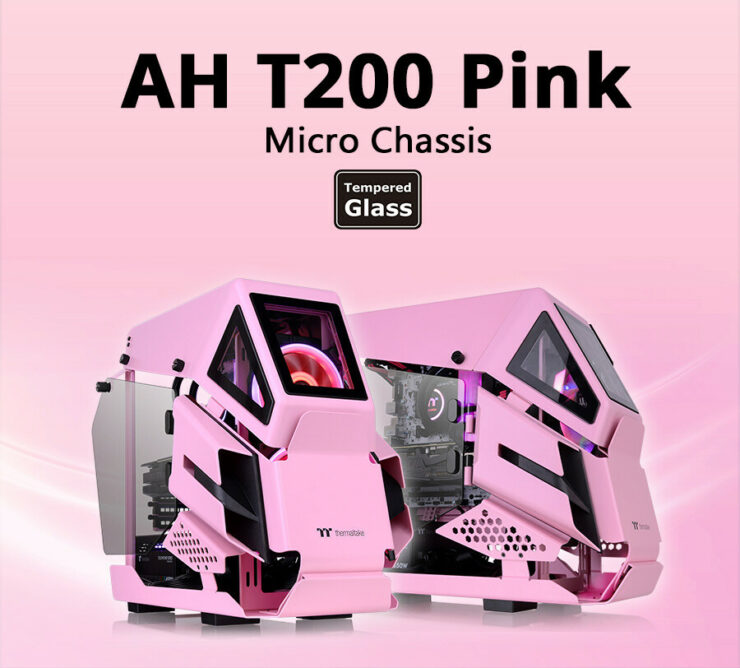 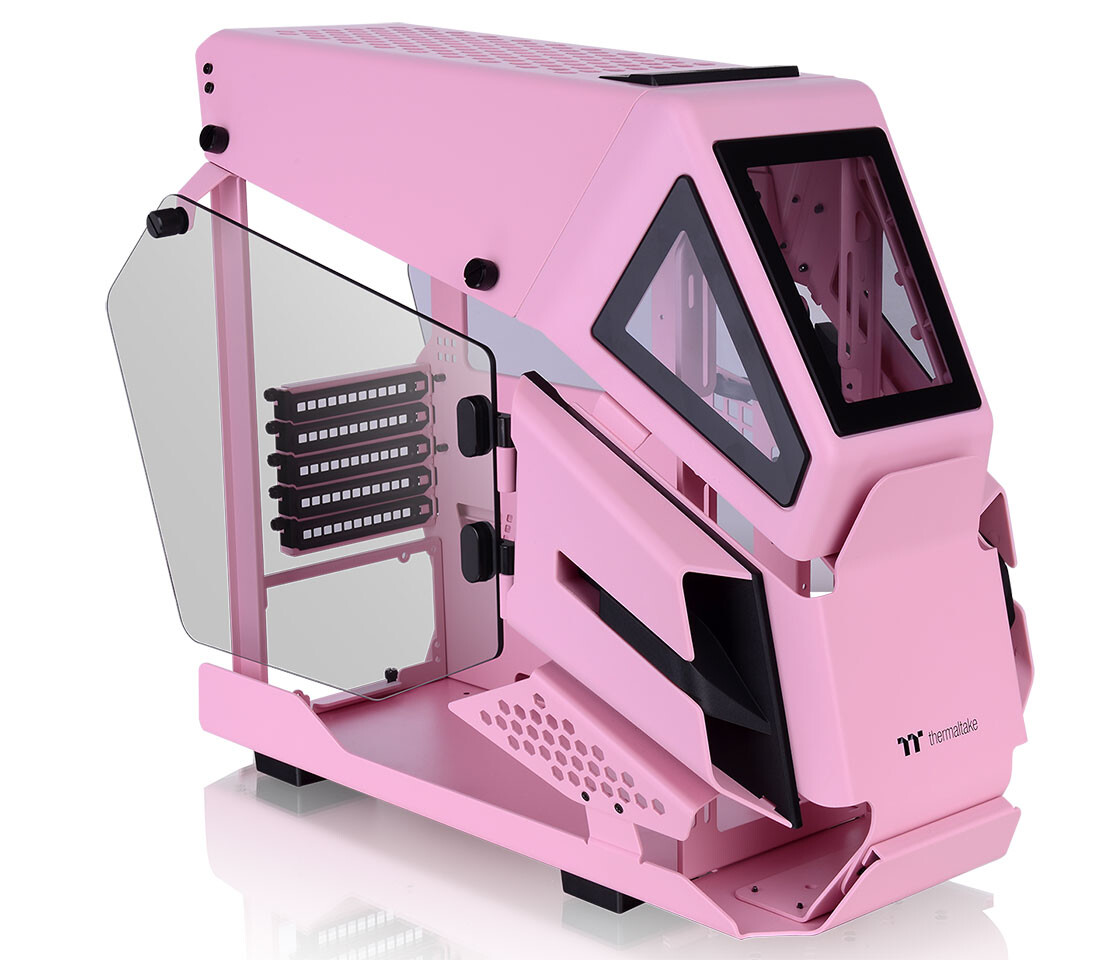 For compatibility, the AH T200 Pink Micro Chassis offers support for up to a Micro ATX motherboard, a CPU cooler with a maximum height of 150 mm, a maximum power supply length of 180 mm, and a maximum GPU length of up to 320 mm. These configurations allow for an incredibly powerful system to be easily built within this PC case. This PC case also features the ability to have two 3.5" or three 2.5" storage devices, although the 3.5" devices have a maximum thickness of 22 mm.

The AH T200 PC chassis uses an open frame design allowing for air to pass through the system easily and efficiently while still allowing for a quiet PC system. For more cooling, the AH T200 Pink chassis can support two 14 mm fans at both the front and the top panel. For an AIO cooling, this PC case can support either a 240 mm or a 280 mm AIO liquid cooler on the front panel.

The AH T200 Pink PC chassis is stated to be available for purchase in Q4 2020 through either the Thermaltake worldwide network of authorized retailers and distributors. This PC case will be backed by a three-year warranty, ensuring that this PC case is built to last.