A Cyberpunk 2077 app called 'Cyberpwned' has been released on Google's Play Store (as well as on Github, where you can even access its source code). Made by developer Nicolás Siplis, it is focused on letting you scan the best path for the Breach Protocol mini-game with your smartphone.

After the app starts, you should see an example matrix and sequences you can play around with. If you input a buffer size, the "Calculate Path" button will become available. To scan a different matrix/sequence, simply tap the appropiate "Scan" button.

The "Calculate Path" button will become available once all errors are cleared. 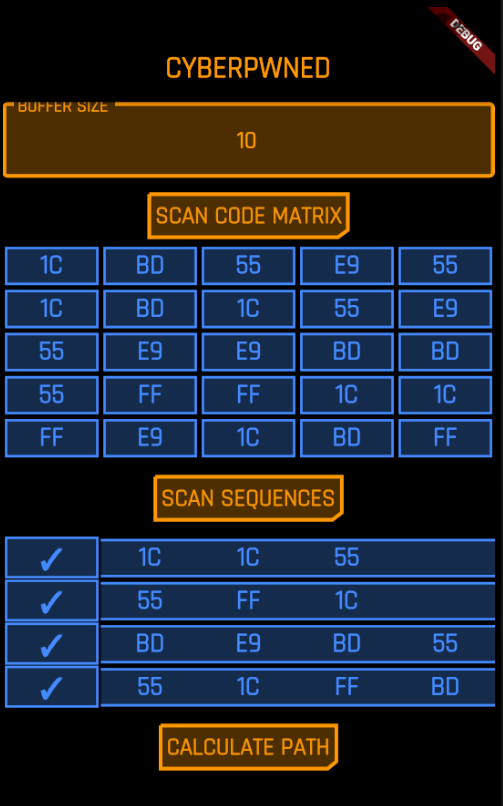 The values from the matrix that you need to pick will be marked in green, and the numbers in each cell represent the order in which they should be inputted.

The sequences are also marked as green/red depending on whether or not they were completed following the optimal path. 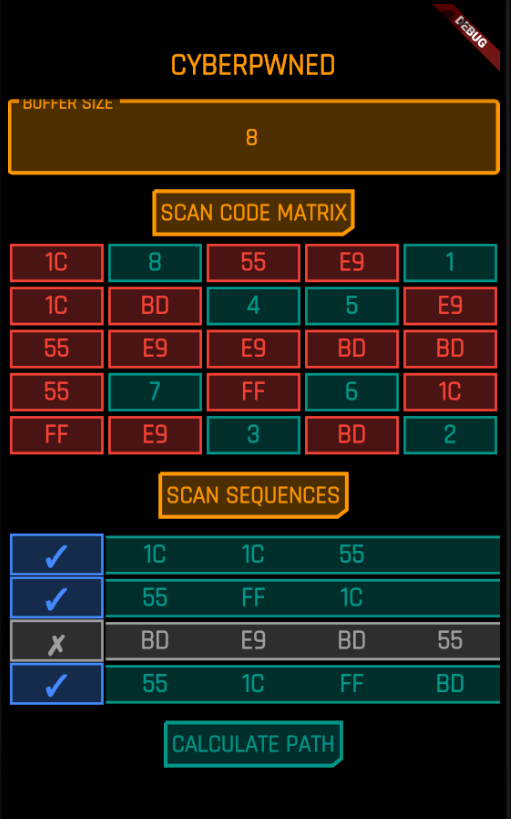 As you can see, the best path possible does not always complete all sequences. However, you can choose which sequences you want to complete, which will affect the path chosen.

Personally, I enjoy the challenge of finding the best paths myself. If you don't, though, this Cyberpunk 2077 app might be exactly what you need to maximize eurodollars and resource gains through Breach Protocol.

In related Cyberpunk 2077 news, CD PROJEKT RED denied claims from a supposed studio insider that the game had suffered from major content cuts. In a tweet posted yesterday, they stated:

Normally we don't comment on rumors but this time we wanted to make an exception as this story is simply not true.