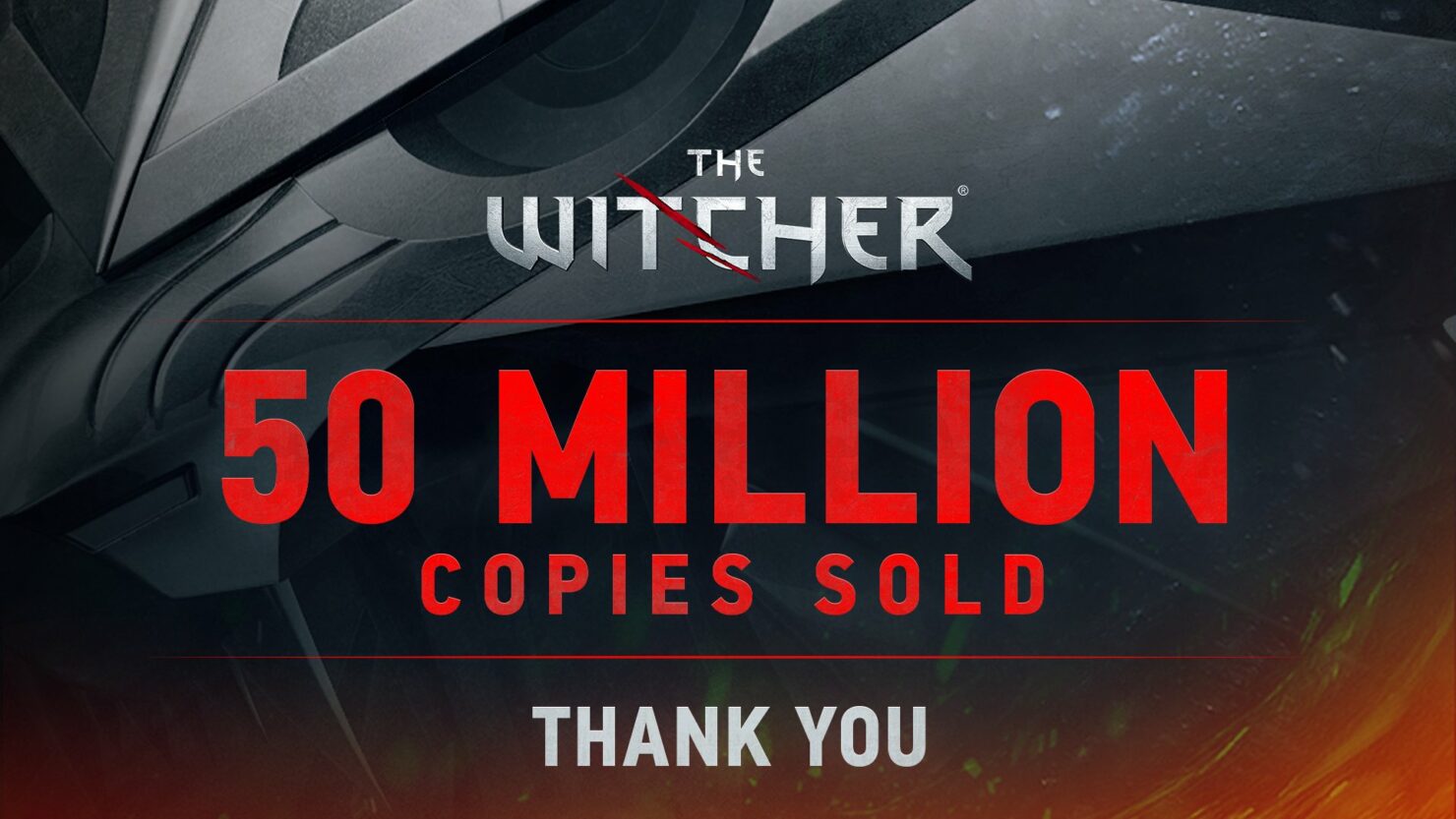 Over the past thirteen years, Andrzej Sapkowski's fantasy series has woven tales about monster slaying and a white-haired gentleman hailing from Rivia. More than a decade has passed with Geralt of Rivia's adventures under the creative vision of CD Projekt Red who recently unveiled a cause of celebration. Announced today on Twitter, The Witcher series has surpassed the impressive sales numbers of over 50 million copies of their dark fantasy RPG series sold to date.

Over 50 million adventurers joined Geralt on his journey from Kaer Morhen to Vizima, through Flotsam and Vergen, Velen and Novigrad to Skellige Isles and Toussaint, and many, many more places, time and time again…

Thank you and may we meet on the path again! ⚔️ pic.twitter.com/cZwOup9CEc

Beginning with a PC (and OS X later in 2012) release, The Witcher utilized a modified version of BioWare's proprietary Aurora Engine to bring Geralt of Rivia's adventures to live. SInce then, subsequent sequels have seen a wide range of platforms, from The Witcher 2: Assassins of Kings making its way onto the Xbox 360 and The Witcher 3: The Wild Hunt surprising console gamers everywhere with a surprisingly well-done Nintendo Switch release. Even before release, Chris Wray had this to say about his first hands-on preview with the Switch port.

There have been zero compromises in content, with only minor ones on visual fidelity, audio options and slower loading time than I'm used to. There's little doubt to me that, when released, this will be the best open-world game on the Nintendo Switch and, arguably, the best game in general on the Switch.

With The Witcher confirmed for a second season (and unfortunately on a brief hiatus) on Netflix, we have to wonder where Geralt of Rivia's adventures will take him in the video game space. While I'm sure we're all patiently awaiting the release of Cyberpunk 2077, hearing some news about a possible fourth entry in The Witcher series would be a perfect note to end today's celebration with. If anything does get announced from CD Projekt Red's future projects, you'll be sure to hear it from us!