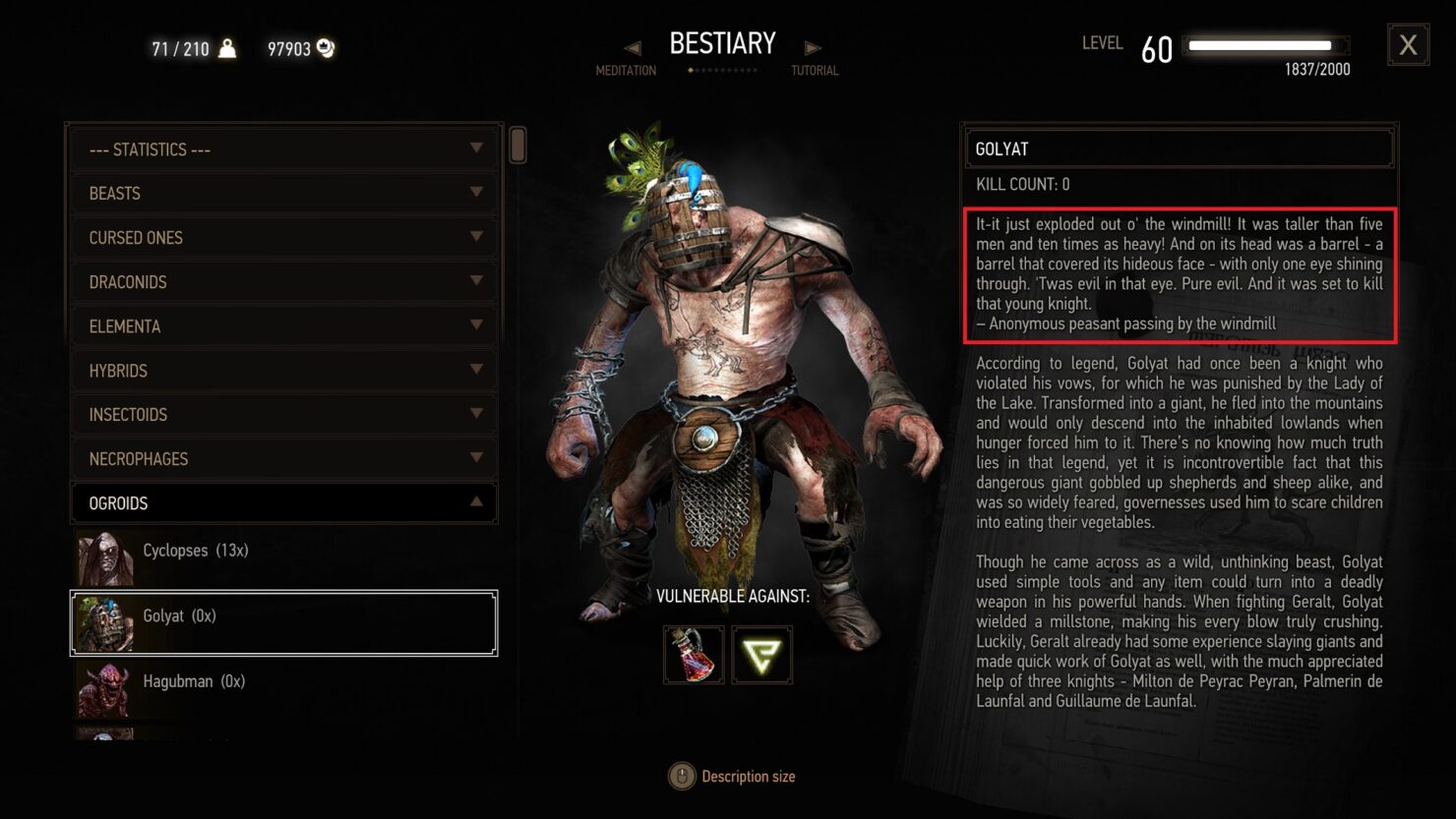 The Witcher 3 Grammar of the Path mod is a new mod that aims to clean up the text and introduce missing text from the bestiary.

The Witcher 3 Grammar of the Path  Fixes

The Witcher 3 Grammar of the Path mod can be downloaded from Nexus Mods.

The Witcher 3 is now available on PC, PlayStation 4, Xbox One, and Nintendo Switch. The game has been rated for PlayStation 5 and Xbox Series X|S this week, hinting at the imminent release of the next-gen upgrade announced last year.