The Technomancer Now Runs at 900P@30 on Xbox One; 7th Core Gain Not Huge on Either PS4/XB1 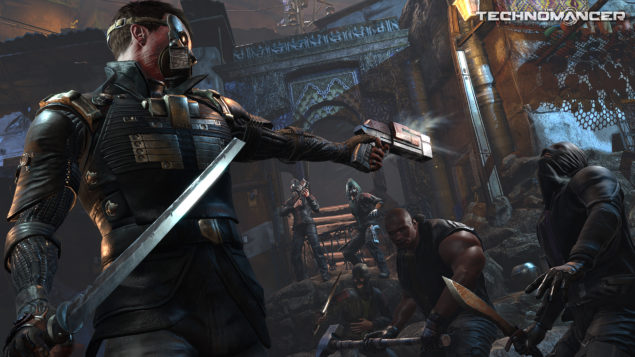 The Technomancer is a Sci-Fi Action RPG developed by French company Spiders and published by Focus Home Interactive. The game takes place on Mars, just like Spiders' Mars: War Logs (released in 2013); the main character Zachariah is proficient in technomancy (meaning that his magical abilities are enhanced cybernetically), which will certainly come in handy since he's on the run from the Secret Police.

With the release currently pinned for Summer 2016 on all platforms (PC, PlayStation 4 and Xbox One), we've managed to learn a few details from Spiders' CEO Jehanne Rousseau.

As usual, we'll start with a glimpse into the technical details of The Technomancer. The developer was previously targeting 1080P@30FPS on both PlayStation 4 and Xbox One, but it looks like they've had to lower the resolution on Microsoft's console during the optimization phase.

We are in the final phase of optimizing The Technomancer, and improvements are still underway. We have had to make several decisions which have allowed us to maintain the richness of the game’s fluidity and environments. As such, we’ve decided to use a 900p resolution on Xbox One, which ensures a detailed and smooth experience.

The development team had also mentioned that they would use the recently unlocked 7th core on both PS4 and Xbox One. Apparently, though, the performance gain was not huge on either platform.

Regarding the 7th processor, this was a good addition to help us achieve our objectives. The gain is not huge on PS4 or Xbox One, but it was helpful for squeezing out a bit of extra power.

We've also asked about the PC version, of course, but the team is still in the testing phase for high-end configurations; Rousseau told us that their goal was to support the maximum number of hardware features while offering graphical options with great flexibility. The Technomancer won't support DirectX 12, as it would have split Spiders' efforts across too many APIs, but Rousseau confirmed that the team will consider it with great interest in the future.

Check back tomorrow for more exclusive details on The Technomancer; in the meantime, here's the latest trailer in case you missed it.