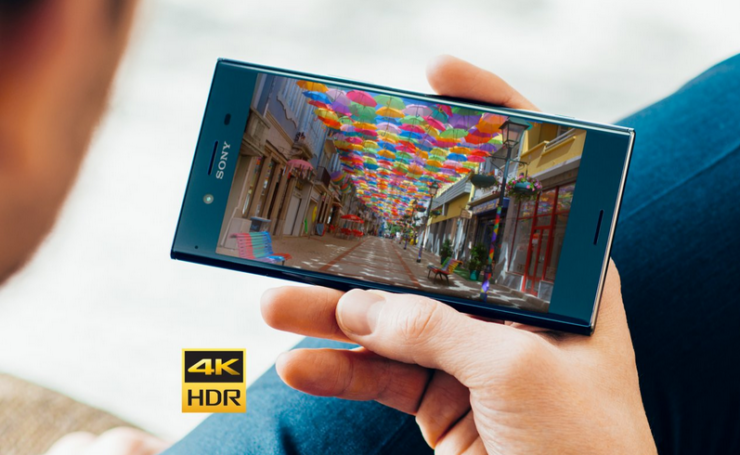 The Sony Xperia XZ Premium from last year wasn't much of a commercial success despite its beautiful 4K HDR display. However, what was not advertised about the device by Sony was the fact that its display panel supports a high frame rate 120Hz mode, much like the Razer Phone which was released later.

The rumour mill has been abuzz with speculation of a hidden screen mode since the device’s launch, but because it requires a modification to the kernel to enable, not many users have been able to test it. Recently, several users, most notably the ones on XDA developers, have started to test this hidden screen mode and much to everyone's disappointment, the results were underwhelming.

By default, the Xperia XZ Premium display panel supports two screen modes: 1080p@60fps and 2160p@60fps. The hidden and disabled 1080p@120fps mode cannot be enabled without some serious deconstruction of the phone software. The process involves reverting a commit in the display panel configuration in the kernel source code, which is beyond the scope of most users.

Sony's Open Device program and the subsequent Android Oreo update for the Xperia XZ Premium have allowed developers to build a custom ROM that can theoretically unlock the 120Hz refresh rate mode of the panel. An XDA Developers Member by the name of uditrawat compiled Android 8.1 Oreo for the XZ Premium with support for the 120Hz screen mode, which can be downloaded here.

However, several people, who tested the build state that the results are inconsistent. Some say that it works, while others say it’s nothing but a placebo. It could be because AOSP ROMs are incapable of supporting 120Hz displays natively and might require additional modifications. There must have been a good reason why the Sony Xperia XZ Premium doesn’t allow for the 120Hz refresh rate out of the box, which very likely has something to do with compatibility issues with Android.

We can hope that a future release unlocks the 120Hz mode of the panel after the developers have worked out the kinks. Android P natively supports high refresh rate panels so that we could expect something after its release.