It is only a matter of days now before we come to know accurately how Ready at Dawn and Sony Santa Monica Studio have managed to hold up to their standards of sweating it out with quality, not quantity. The Order: 1886, this year’s one of the most highly anticipated PlayStation 4 exclusive video games, is due to launch this Friday worldwide. However, many lucky players seem to have already gotten their hands on the game, and before you get to purchase your copy, check out these GIFs that compare the early E3 2013 target renders of the game with the final retail version, and see what changes the developer had to implement during the development process. 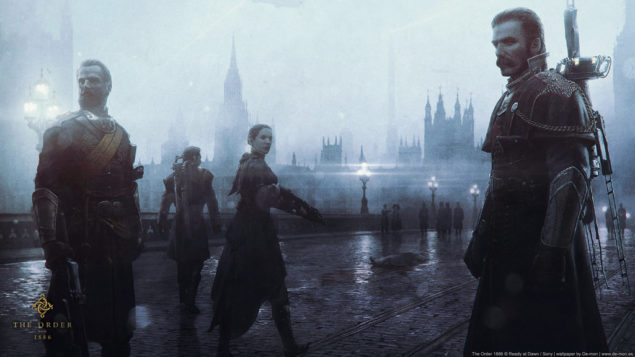 The Order: 1886 GIF Comparison Shows What Graphical Changes Ready at Dawn Had to Implement During the Development Process

With the hype for The Order: 1886 reaching at its peak, there are several controversies that surround the game now that some YouTubers have uploaded the walkthroughs and gameplay videos of the game, despite the developer suggesting not to do so before the release actually happens. Regardless of all the talk about the in-game visuals and campaign length of the upcoming single-player horror shooter, we still have to wait for the release of the game or, at least, for the reviews, to draw the final conclusion. However, we can always while away some time checking out the visual assets of the game.

Sony first publicly revealed The Order: 1886 back at Electronic Entertainment Expo 2013 with a cinematic trailer that showed off the main characters of the game traveling in a stagecoach and then assaulted by a pack of half-breeds. The trailer showed rich in-game on-screen content with splendid detail and graphical assets. It was believed to be a pre-rendered cutscene from the game, however, Ready at Dawn later made it clear that the scenes showcased in the trailer were all real-time and were running on the game’s engine.

Now that much in-game media content from the final retail version of The Order: 1886 is available on the web, we finally have a GIF comparison showing how the graphical assets in the final retail version of the game differ from those showcased in the E3 2013 target render. The comparison below shows that while the final version of the game certainly looks more realistic and movie-like, there are some notable reduction in the on-screen content, and the depth of field is slightly decreased. Without further ado, you can check out the comparison, courtesy of GearNuke, for yourselves and see what changes Ready at Dawn has made to the game during the development period.

It should be noted that the change in the uniform in certain scenes of the games is due to the story reasons, and the final game does have the original outfits that have been showcased in previous cinematic trailers of the game. You can check out the outfit included in the final build of The Order: 1886 below.