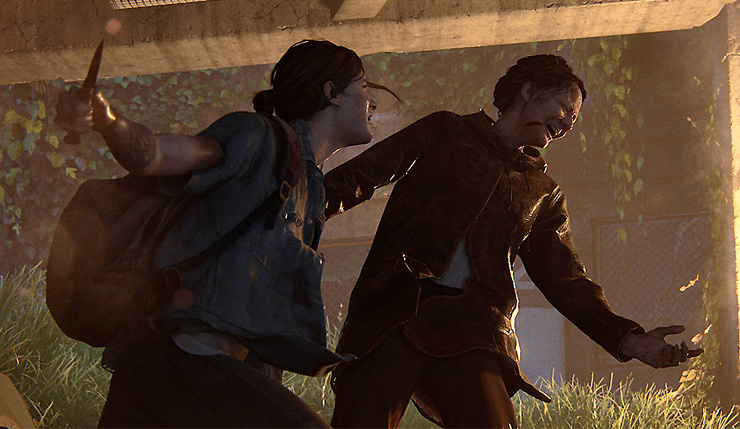 Traditionally, game developers have had two choices when it comes to character animations – either you go for detailed motion capture, which often results in somewhat stiff controls, or you create animations by hand, which offers a more fluid feel at a cost to realism. Naughty Dog is definitely in the motion capture camp, and while their games don’t feel as stilted as something like Red Dead Redemption 2, there are definitely times in their games when you don’t feel like you have full control.

Well, according to The Last of Us Part II co-director Anthony Newman, Naughty Dog is trying to have it both ways with their latest game. They still did extensive motion capture for TLOU2, but thanks to new “motion matching” technology, it should feel nearly as fluid as a traditionally-animated game…

In all our previous games there's been this really distinct state machine where we say, 'Play a run animation. Then play a turn left animation. Then play a turn right animation.' The way motion matching works is it takes this massive bucket of animations, just hundreds and hundreds of animations, and chops them into little tiny bits. When you define the path that a player or an enemy wants to take, rather than saying, 'Play this and then play that and then play that,' the system actually looks at the bucket of animations, finds the ones that matches the path that you're already taking, and blends them together frame-by-frame.