The Galaxy S22 and S22 Ultra are a Nightmare to Repair

If you are looking for the definitive Android experience at the moment, getting your hands on the Galaxy S22 series is perhaps the best thing that you can do. While the base variant and the plus variant are not as good, the S22 Ultra is where all the sweetness is, and it's the device that is not going to let you down in any case. You are getting the latest Snapdragon 8 Gen 1, as well S Pen slot and an amazing display.

However, the one thing that you are not getting is a design or build that is friendly for all those who are into DIY. According to the folks over at iFixit, both the Galaxy S22 and S22 Ultra are an absolute nightmare to repair, scoring just three out of 10. 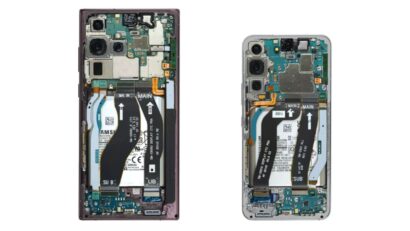 According to the outlet, the only good thing about repairing the Galaxy S22 or the S22 Ultra is that both phones use standard Phillips screws. Aside from that, the outlet reported that the battery replacement process is "too difficult" and also mentioned how every repair requires users to go through a tough layer of adhesive.

You would wish that the nightmares end there. iFixit has also mentioned that there is no free, public service manual for the phones and the screen repair process is "awful." The publication has also expressed disappointment with the glass back returning to the base Galaxy S22 variant.

Whatever the case might be, it is safe to say that the Galaxy S22 and the S22 Ultra scored poorly even when compared to the iPhone 13 Pro and the Pixel 5a, both the phones that received six out of 10.

You can watch the teardown below.

I do not think low repairability is something that is going to sway the users away from buying this phone. After all, if anything does need fixing, you can always go ahead and send the phone in for repairs. Still, do you think it would make an impact? Let us know.