The eVTOL Market Is Heating up and Archer Aviation (ACIC) Is Leading the Charge – Is This the Start of a SPAC Mania in the Sector? 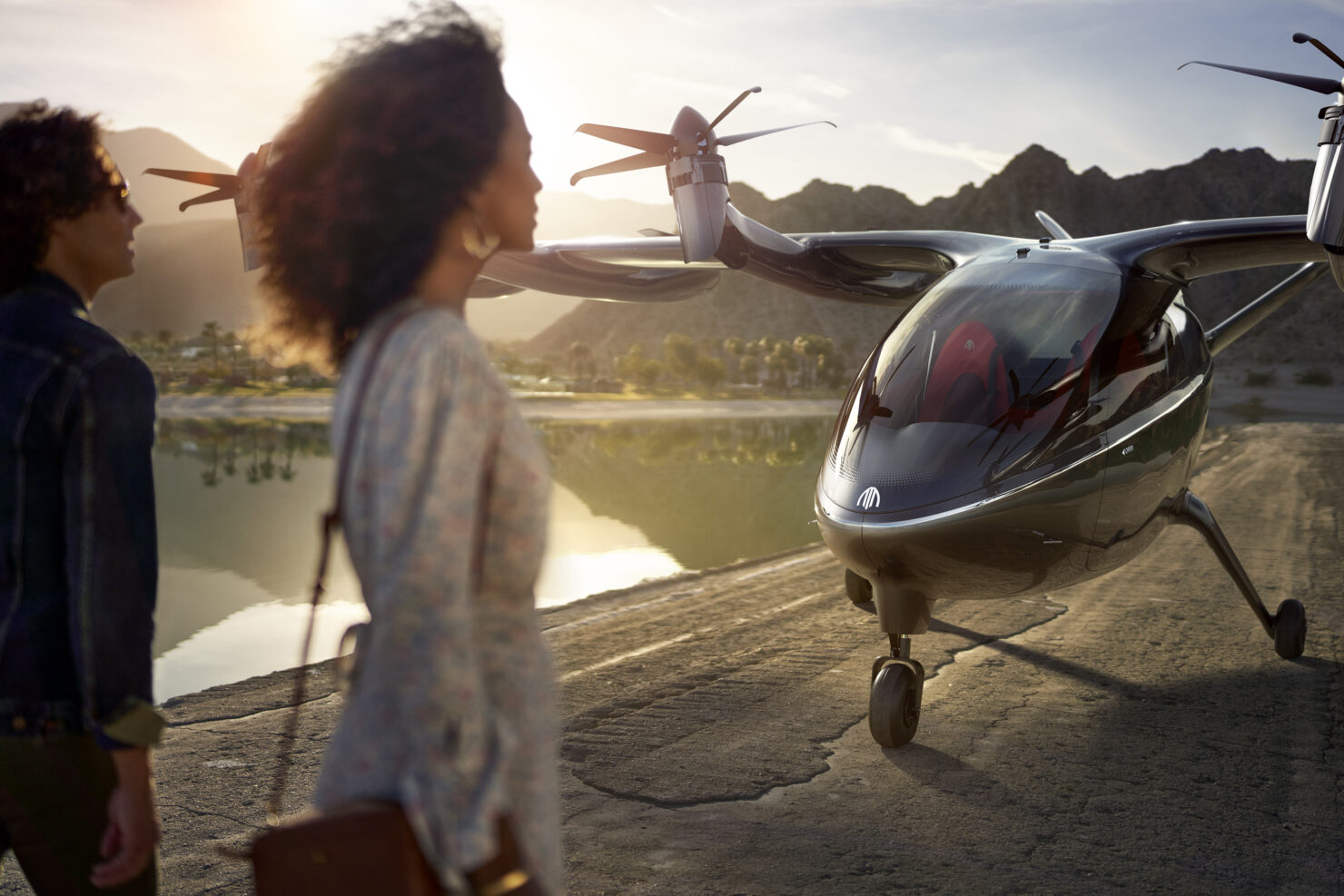 Archer Aviation, the company that designs and manufactures commercially viable electric vertical take-off and landing (eVTOL) aircraft, may prove to be a harbinger of a budding SPAC mania in this sector. 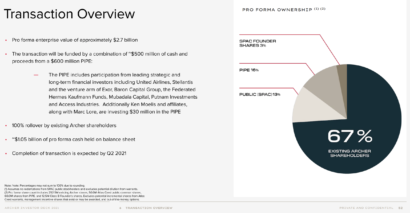 To wit, Archer Aviation has now entered into a definitive merger agreement with the SPAC Atlas Crest Investment Corp. (NYSE:ACIC). The combined company is expected to be worth around $3.8 billion and will have access to $1.1 billion in gross proceeds, including $600 million from PIPE investments. The business combination is expected to achieve closure in the second quarter of 2021. 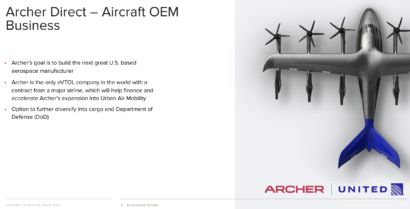 Archer Aviation is currently leading the charge in the budding eVTOL sphere. The company is targeting two revenue streams. Under its Archer Direct revenue stream, the company is looking to become a leading contract manufacturer of eVTOLs in the US, with planned diversification into the cargo business as well as the defense industry. To this end, Archer Aviation already has a comprehensive business arrangement with United Airlines:

“United Airlines today announced that it has entered into an agreement to invest in Archer as part of the airline’s broader effort to partner with leading technology companies that will decarbonize air travel. Under the terms of the agreement, United has placed an order, subject to United’s business and operating requirements, for $1 billion of Archer’s aircraft, with an option for an additional $500 million of aircraft. United, in partnership with Mesa Airlines, could give customers a quick, economic [sic] and [a] low-emission way to get to airports within its major hubs by 2024.” 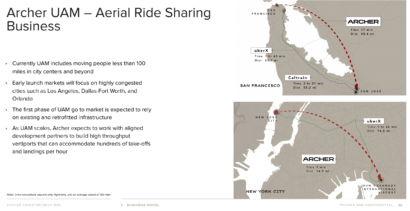 Archer Aircraft is also targeting the eVTOL ridesharing business under the ambit of its Archer UAM program. Its eVTOL aircraft, built on the UAM platform, can dramatically reduce journey times within congested cities. The aircraft can transport 4 passengers 60 miles at 150 mph. Crucially, the cost to transport passengers is similar to that of UberX – just $3.30 per mile per passenger. The full-scale eVTOL aircraft will be unveiled in 2021. The company believes that its ridesharing business will be at least 3 times as profitable as its OEM business. According to the company, when compared with a conventional ridesharing business, the eVTOL operational model is around 18 times more profitable!

The company is an attractive bet from a financial perspective. To wit, Archer Aviation expects to generate over $1 billion in revenue by 2025. However, by 2030, the company expects to grow this top-line metric to over $12 billion. Crucially, Archer expects to start generating positive free cash flow from 2026 onward. 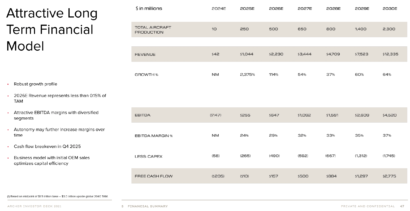 As mentioned earlier, the eVTOL sphere is becoming increasingly crowded. Lilium is another company that is leveraging eVTOLs to provide an on-demand air taxi service. The German company is currently developing a network of “vertiports” across Florida. Nonetheless, its commercial services are only slated to begin from 2025 onward. Just like Archer Aviation, Lilium is rumored to go public by merging with the SPAC Zanite Acquisition Corp. (NASDAQ:ZNTE). Readers should note though, that this merger has not yet been officially confirmed. The following slide, sourced from Archer’s investor presentation deck, provides a detailed comparison with other budding players in the eVTOL sphere. 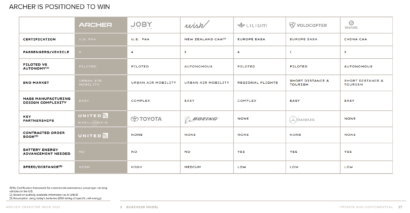 Judging by the investor euphoria in the shares of Atlas Crest Investment recently, we can safely deduce that Archer Aviation and Lilium may not be the only eVTOL companies to opt for the SPAC route going forward. As such, investors should keep an eye on these companies even as the EV mania continues to plough ahead at full steam.