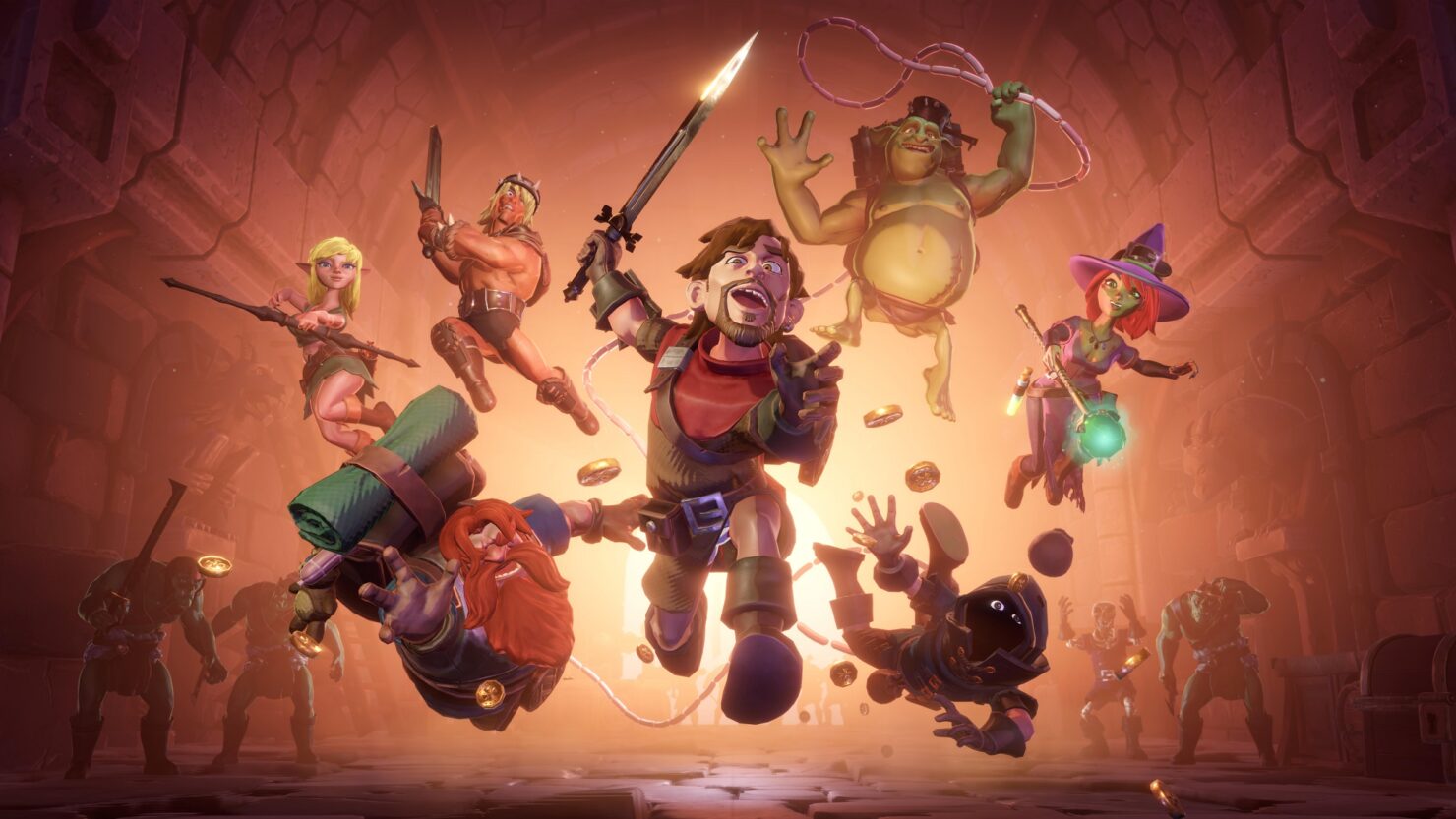 While the lore of The Dungeon of Naheulbeuk may be foreign to audiences in North America, it's a long running history that should resonate with our French audience. This fantasy universe was created by John Lang, beginning as an audio comedy series that parodied many of the tropes that RPG fans have come to endure over decades of gaming. Now, not only is The Dungeon of Naheulbeuk making its way to English, but it's coming with the release of the very first game in the series, The Amulet of Chaos, which we've checked at PAX East 2020.

The Dungeon of Naheulbeuk doesn't take itself seriously and I am all for it. I don't always need some ten page thesis on the dynamics between different elvish colonies or a back story on why I'm recruiting this rogue and just how he got his nickname. Naheulbeuk does away with the extraneous nonsense of names and titles and distills each character down to simply what they are: The Ranger, The Barbarian, and The Ogre, to name a few.

If you've played any strategy RPG recently, you should already understand the basic mechanics to The Dungeon of Naheulbeuk: move and attack, attack then move, or whatever other combination strikes your fancy. You're given two action points each turn to plan your moves and certain actions, such as moving beyond the standard range, will trigger an overflow and use up both available action points. More complex actions, such as spells and special abilities, run off a simply MP-style system. While The Dungeon of Naheulbeuk operates on a square grid system, characters can turn in any of the eight directions for aiming and ending their turn. This is especially important for linking character attacks together through unity or to trigger an attack of opportunity in the right situations.

Environmental actions are another key part of the combat to The Dungeon of Naheulbeuk. Taking cover provides a crucial boost to defenses while objects around the level, such as barrels of beer or explosive stashes can be broken to reveal a new hazard. Beer, for example, can be spilled on the ground and trip up enemies that try to move on it. The interactions might not be as in-depth as in Pathfinder or Divinity: Original Sin but they aim to give Naheulbeuk more versatility beyond just trying to attack with the biggest numbers you've got.

Expect dungeons full of loot and bellies full of laughter when The Dungeon of Naheulbeuk: The Amulet of Chaos launches this Summer on PC (Steam).