If the Steam Database is to be believed, the full-game client for The Division is up for pre-load as of March 1st, 2016. 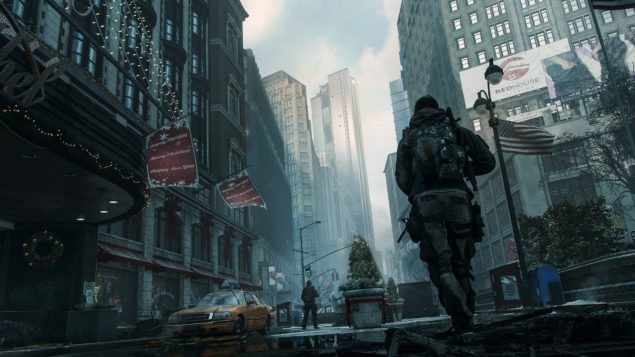 Several Steam listings for The Division were updated overnight, and if the listing is correct, pre-loading the game’s full client will be available on March 1st for Steam users. It’s currently unknown whether this date is merely a Steam placeholder date or an actual one. Another possibility is that this date will be an early-access opportunity for a select number of players. 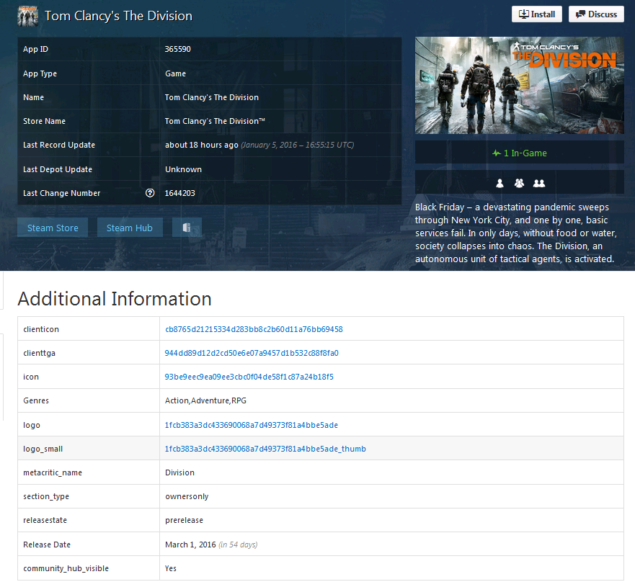 The Division PC beta announced, but no actual date yet

A beta for the game has been announced, but a release date hasn't been set.

In the Tom Clancy’s The Division Beta, you will be one of the first to play the revolutionary next-gen experience that brings the RPG into a modern military setting for the first time.In the wake of a devastating pandemic that sweeps through New York City, basic services fail one by one, and without access to food or water, the city quickly descends into chaos.

As an agent of The Division, you’ll specialize, modify, and level up your gear, weapons, and skills to take back New York on your own terms. Tom Clancy’s The Division will be available on Xbox One, PlayStation®4 system, and Windows PC.

Earlier this week we reported on how Ubisoft shared details on the game’s skill advancement system.

In Tom Clancy’s The Division, you will evolve in a very large part of the iconic New York City. The famous Manhattan and Brooklyn neighborhoods can be explored in a reconstituted version of as closely as possible by developers.The agents will explore a living world, marked by weather and day / night dynamics.

Full the full details, I suggest you check out this post. The Division was recently rated by the ESRB, and the rating's summary revealed that the game will include rescue missions accompanied by cutscenes in which hostages are being stabbed or shot in the head. The words “f**k,” “sh*t,” and “a*shole” also appear in the dialogue.