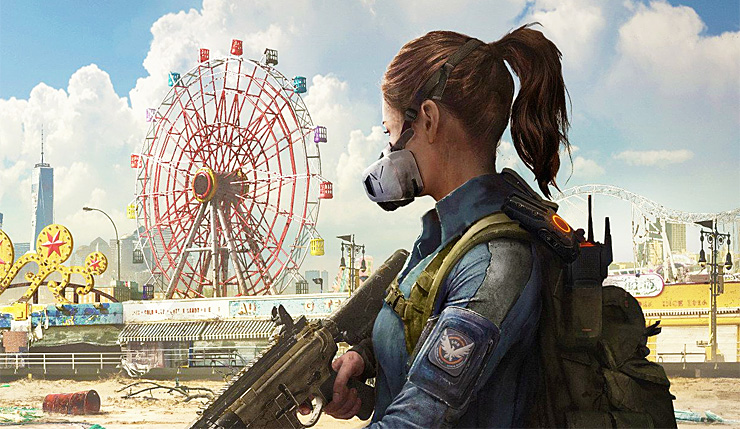 Last month Ubisoft announced The Division 2 would be living longer than expected, with more content to come in 2021. Today, The Division 2 developer Massive Entertainment revealed a bit more about what we can expect, including a mode that’s “entirely new” to the Division. They also revealed The Division series has surpassed 40 million players – you can check out a few more impressive stats, below. 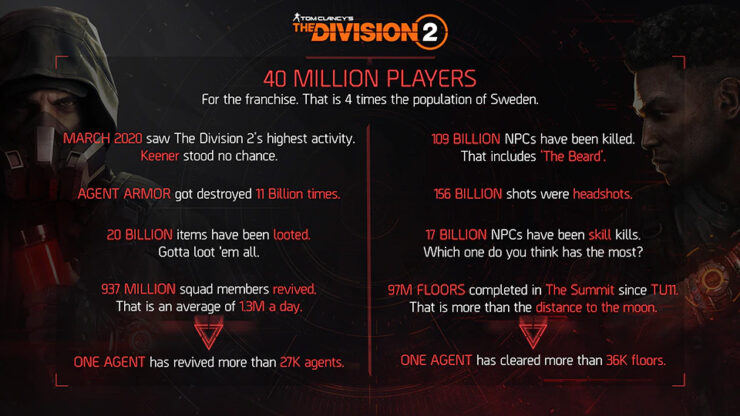 As announced a few weeks back, we have begun work on new content for The Division 2. The development of this content will be led by a group of project veterans at Ubisoft Massive. This will see Adrian Trasca and Yannick Banchereau staying at the helm of the project as producer and associate creative director. We are also excited to announce that the new content will be made with the support of a talented group of developers at Ubisoft Bucharest.

In the next major update, we are looking to bring a game mode that is entirely new to the franchise. Along with the game mode, we are investigating new ways to progress your agent with an emphasis on increasing build variety and viability. We will be revealing more about what lies ahead as the update gets closer. The development of this new update is still in its early stages and will take several months to complete. We will be taking this time to make sure we bring a meaningful change to the game.

While we’re waiting for that new mode and other content, The Division 2 will be re-running previous seasons (the upcoming Season 5 will actually be a rerun of Season 1) allowing players to tackle old events and pick up some goodies they missed out on. Updates focusing on “game health” can also be expected.

Tom Clancy’s The Division 2 is available now on PC, Xbox One, Xbox Series X/S, PS4, and PS5. Any The Division 2 players out there? What kind of new mode do you hope Massive is working on?