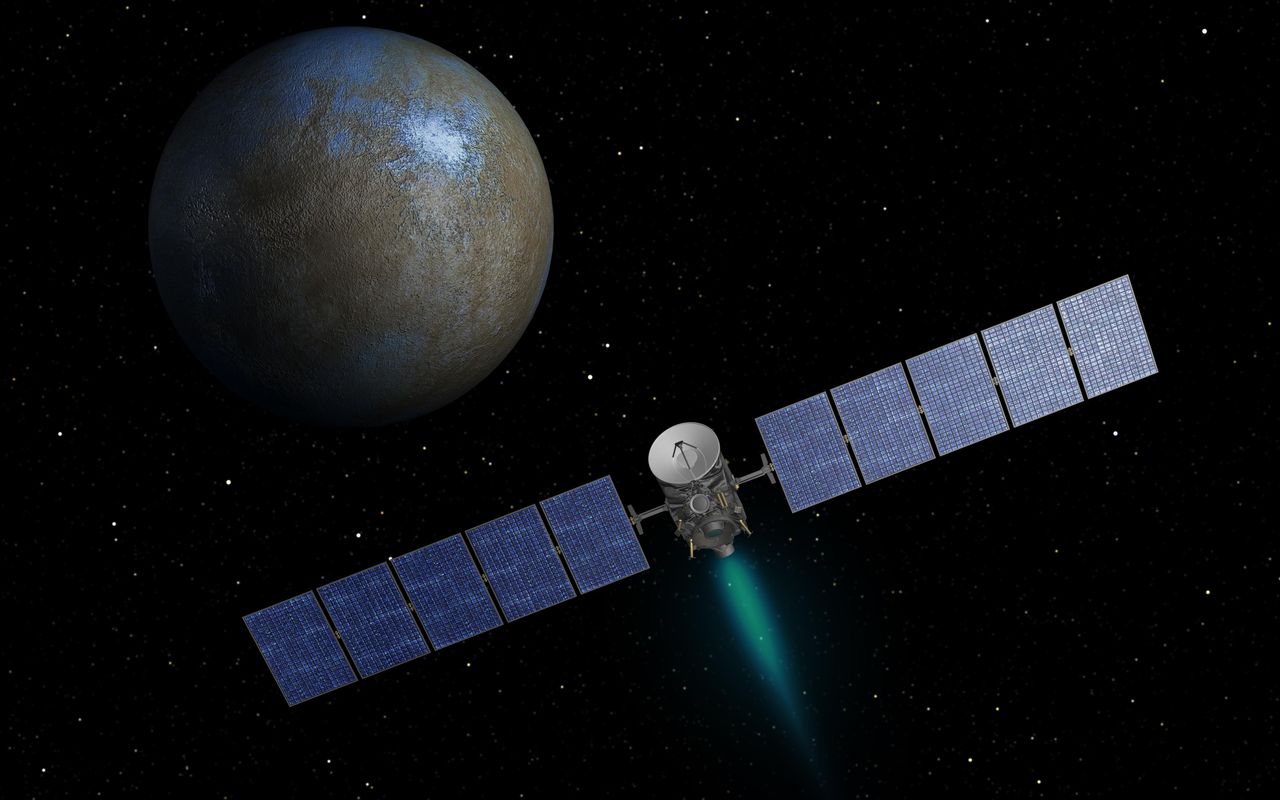 On Wednesday, the Dawn spacecraft orbiting the dwarf planet Ceres failed to established communications. It is an indication of the fact that Dawn has run out of hydrazine fuel, which the vehicle needs to orient itself and keep its antennas aligned with Earth. The spacecraft is also unable to direct its solar panels turned toward the Sun. Dawn joins of the ranks of the Kepler Space Telescope which also ran out of fuel and ceased operations last week.

NASA had already placed Dawn into a circular orbit around the planet and was aware of the fact that the spacecraft was at an end-of-life stage. Even after its demise, the shuttle will continue orbiting the dwarf planet for many years to come. Thomas Zurbuchen, the associate administrator of NASA's Science Mission Directorate in Washington said in a press release:

"Today, we celebrate the end of our Dawn mission—its incredible technical achievements, the vital science it gave us, and the entire team who enabled the spacecraft to make these discoveries. The astounding images and data that Dawn collected from Vesta and Ceres are critical to understanding the history and evolution of our Solar System."

Dawn visited the two largest worlds of the asteroid belt, Vesta and Ceres. The spacecraft determined that much of the hydrogen near the surface of Ceres exists in the form of water ice. Dawn delivered clues about how the Solar System formed and provided evidence that dwarf planets could have hosted oceans during their history and may still do so today.

Some of Ceres’ surface ice probably comes from asteroid and comet impacts, but much of it has probably come from within the dwarf planet. As Ceres added mass, radiation would have warmed the interior of the world and melted the ice. At some point, Ceres had an interior ocean, perhaps a large one. Ceres must once have had a briny, liquid sea below the surface, and these salts mark deposits where this liquid came to the surface, froze, and subsequently sublimated.