Nearly two years ago the rumor mill was filled with rumors that News Corp was working on an iPad only magazine. This later turned out to be The Daily iPad magazine. Initially only released for the iPad, this magazine was an attempt to create an entirely new niche by News Corp. The Rupert Murdoch backed experiment failed to take off in a way that they would have preferred. So now nearly two years after it came in to existence, The Daily iPad magazine is going to bite the dust. 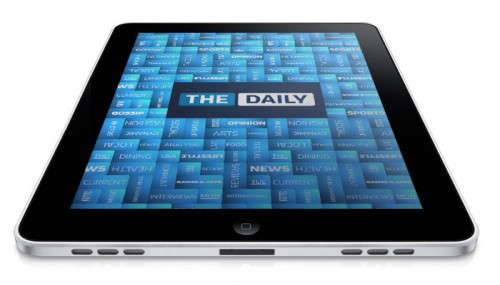 The idea behind The Daily iPad magazine was to create a digital "magazine" specifically for the iPad. Given how the iPad rose to fame in 2010 and the iPad 2 demand went through the roof in 2011, at that time it seemed as if The Daily iPad magazine was a good idea. It was the first magazine of its kind for the iPad and News Corp would probably have thought that this exclusivity would help them keep the venture afloat, if not make it a cash cow.

Things turned out a bit differently for The Daily iPad magazine. The response was lukewarm and on the contrary to what News Corp was expecting. Earlier this year they started downsizing and laid off a third of this magazine's employees. According to a New York Observer report the daily had been put on watch after it was losing about $30 million per year. This goes to show that The Daily iPad magazine never was a good idea, or may be it wasn't executed properly.

This iPad only magazine was released for iPhone as well but that too did not help it in any way. The fact that it was released for iPhone with a 50% lower subscription cost and regardless of that it still didn't flourish is grounds enough for Murdoch to say that this business model is not sustainable for the future. Therefore by the end of December 2012, The Daily iPad magazine will cease to exist.