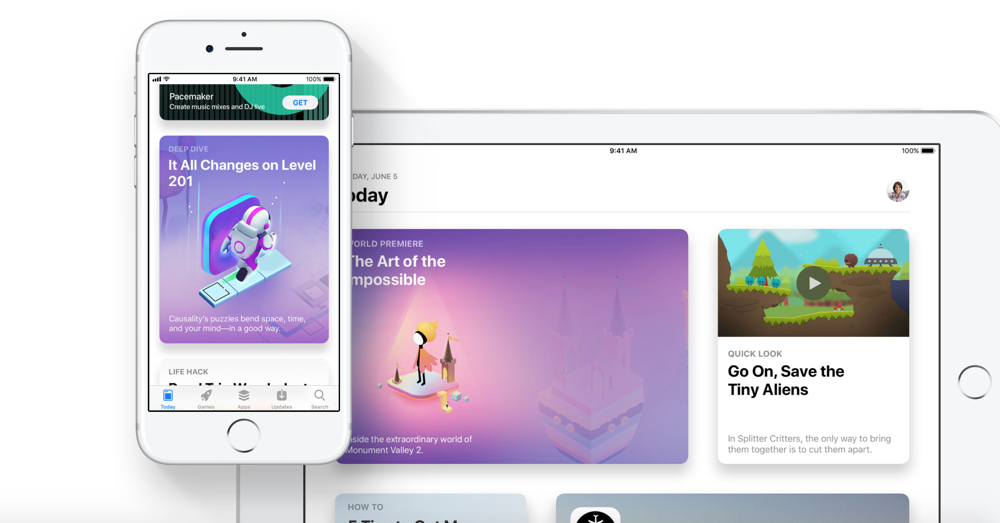 The original iPhone was a huge leap forward in the smartphone industry, shaping and combining different aspects into a one single touchscreen device. However, the original iPhone did not boast an App Store, instead, it came later on which was the biggest addition to the iOS firmware back in the days. Since the day it was launched, the App Store has made huge impressions in terms of design and the utilities it provides. Now that the App Store has turned 10 today, Apple is celebrating the day by sharing some of the greatest accomplishments of the stage. So let's see some more details on it.

In lieu of the App Store's 10th anniversary on 10th of July, Apple has published a page with 10 detailed points on how the App Store has changed. For one, Apple talks about how developers have adopted the platform for their respective apps and games. Moreover, for developers, the company has created a lot of careers. Moreover, details on apps and games were also shared.

“When Apple introduced the App Store on July 10, 2008 with 500 apps, it ignited a cultural, social and economic phenomenon that changed how people work, play, meet, travel and so much more. Over the past decade, the App Store has created a safe place for users of all ages to get the very best apps and a vibrant app economy for developers of all sizes, from all over the world, to thrive. Today, customers in 155 countries are visiting the App Store more often, staying longer and downloading and using more apps than ever before.”

In terms of games, with titles like Fortnite added recently, iOS has become the 'gaming mainstream'. The company has also made several personalities part of its plan like Super Mario Run's Miyamoto and more.

“The App Store brought gaming mainstream, thanks to the easy Multi-Touch technology on iPhone and iPad and the convenience of playing on the go. Customers were drawn to early titles like Super Monkey Ball, PAC-MAN, Angry Birds, Words With Friends, Real Racing and Temple Run, leading iOS to become the most popular gaming platform in the world.”

Apple also discusses the availability of the  AR tech also makes a huge difference. Henceforth, it is definitely hard to believe that it has been 10  years to the original App Store. There will be more to the story, so be s be sure to stay tuned in for more details.

This is all for now, folks. What are your thoughts on Apple turning 10? Has it made any positive impact on your nd? Share your views with us in the comments