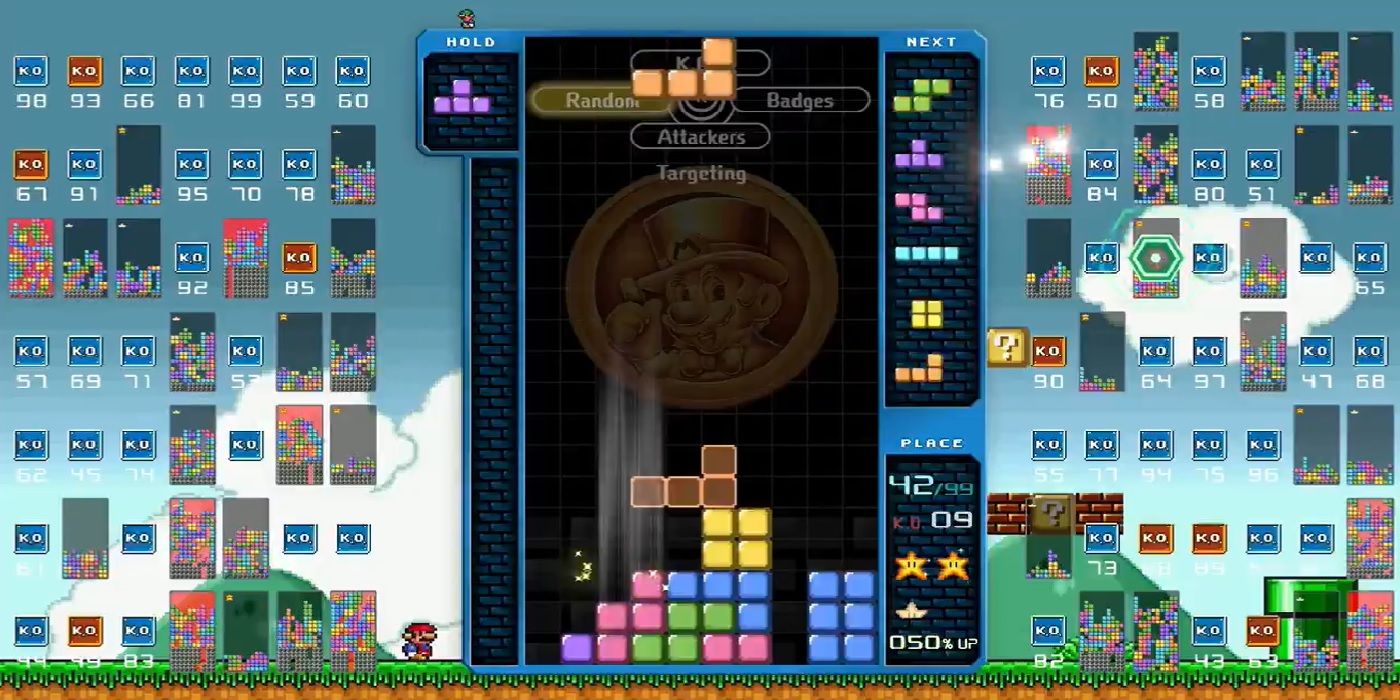 Ready to get your puzzle on? There's a Tetris 99 Super Mario event on the way, and it's set to debut this weekend.

If you're jonesing for some Mario-themed Tetris, you can jump into the 18th Tetris 99 Maximus Cup between December 4 and December 7 this weekend in celebration of the 35th anniversary of Super Mario.

The event will feature a special Super Mario All-Stars theme that everyone can use throughout the event as it's available over the weekend. You'll only get to keep it, however, if you earn 100 points. That means you'll get to add it to your in-game inventory permanently.

As is generally the case with Tetris 99 themes, everything changes when you apply it to the game. That includes remixed music and general UI changes, all themed after Super Mario All-Stars.

Celebrate #SuperMario35 with the 18th #Tetris99 MAXIMUS CUP! This time, it’s a Super Mario All-Stars Edition event. Check out a sneak peek of the theme as you get ready to battle it out Thursday, 12/3 at 11pm PT! @Tetris_Official pic.twitter.com/Kp1FHJLJnP

It's been quite a while since we saw a new Tetris 99 theme, as there have been several reused over the past few months. That includes Pokémon, Luigi's Mansion 3, and Animal Crossing: New Horizons.

If you're interested in trying out Tetris 99 for the first time, it's available as a free download on Nintendo Switch for Nintendo Switch Online members. You'll want to jump on the Super Mario All-Stars event before it's gone, so hop on and start puzzling it out with Mario and friends on December 4.