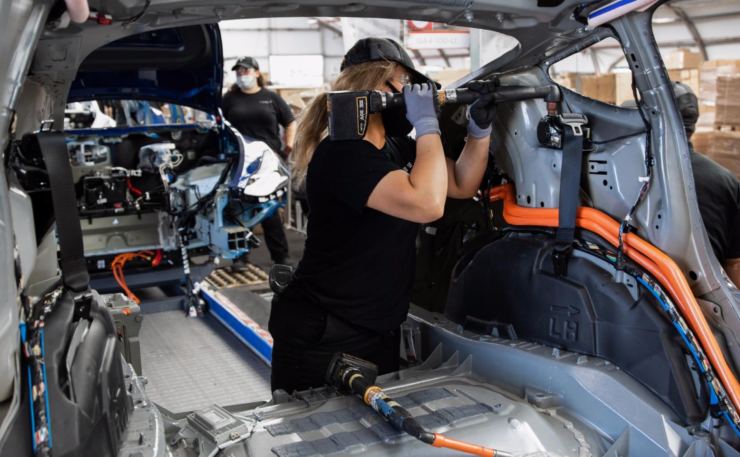 Tesla has designed what it terms a "Supertub" for the Model Y. This tub lets production associates maintain a neutral body posture when assembling the vehicle. (Image Credit: Tesla)

Electric vehicle and renewable energy products manufacturer Tesla Inc (NASDAQ:TSLA) touched a new high on the stock market yesterday when the company's share price crossed $1,000. Tesla, which like others had taken a serious beating on the open market in the aftermath of the coronavirus outbreak, has a long road ahead of it as it contends with dropping purchasing powers and logistics gluts all over the globe.

The company released an Impact Report earlier this week, highlighting how its products and efforts at sustainability helped reduce carbon emissions within the supply chain and vehicle manufacturing in 2019. In the report, Tesla makes important claims regarding its vehicles, its factories and component recycling efforts.

Tackling the issue of emissions from and because of a vehicle head-on, Tesla reveals important statistics in the report. These cover the range of the company's vehicles, the emissions of its manufacturing facilities, the contribution of renewable energy sources towards the energy required to charge a Tesla and the capacity that the company's batteries retain after having covered the distance traveled by an average vehicle in the U.S.

Some of the key facts revealed by Tesla in the report are: 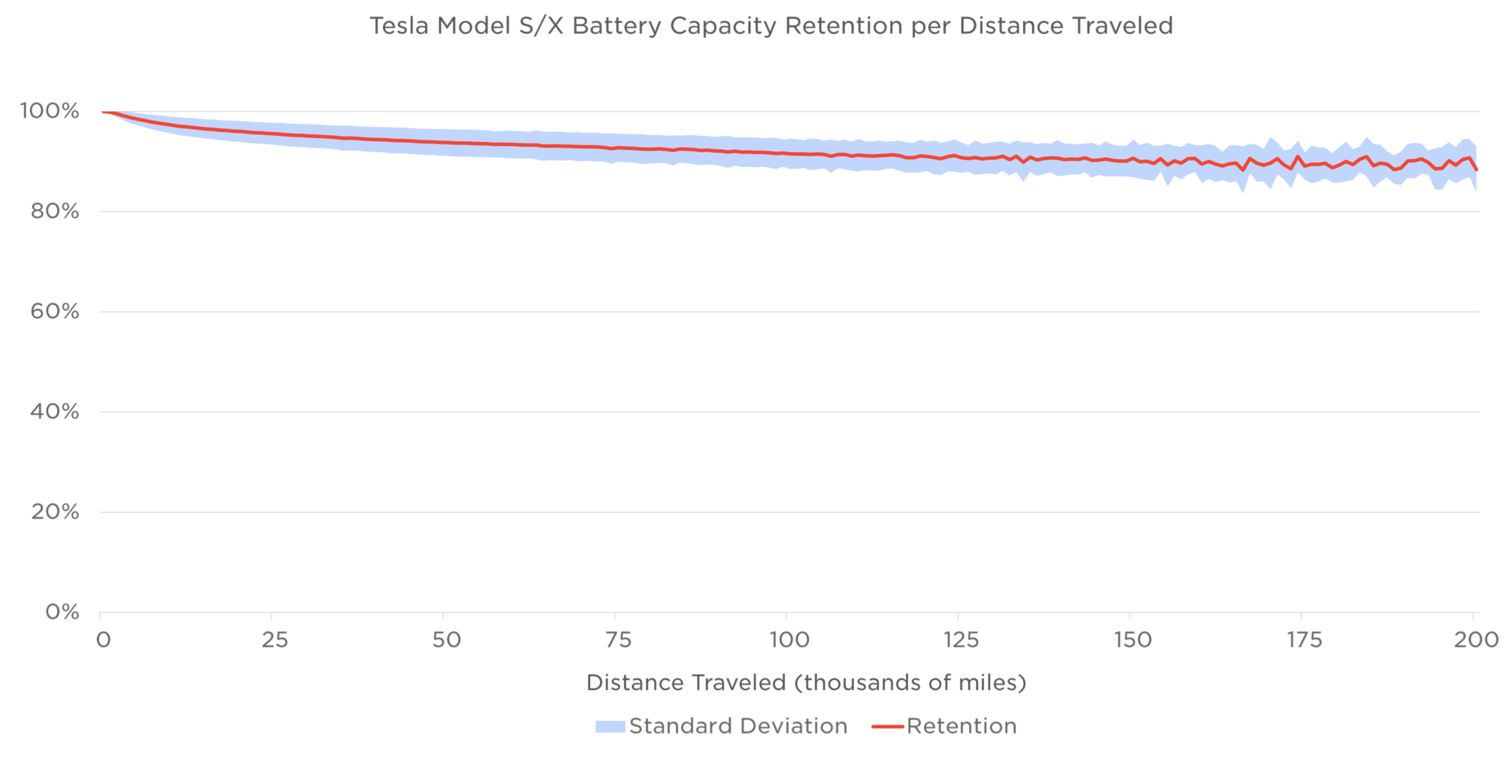 In addition to providing these details, Tesla also shares updates regarding the current business and competitive environment that the company's vehicles are facing. The company states that user perception of an electric vehicle's range is a big factor in making a purchase decision, and it uses data gathered by the British RAC foundation in 2017 to assert that those who purchase a Tesla are more likely to use their electric vehicle more than those who buy such vehicles from other companies. This as-per-Tesla is based on the fact that drivers are confident about the company's vehicle's ability to last longer as compared to its competitors.

Tesla also confirms that it generated $600 million in revenue by selling zero-emission regulatory credits in 2019. The company states its plans for a one million mile battery; plans that have been floating around regularly in the press these days. Tesla expects that its vehicle featuring such a battery will have a vastly greater (5x for American-based vehicles) lifespan than competitors; a fact that will prove to have multiple benefits for the environment as well since it will reduce the carbon footprint of battery manufacture and lengthen a vehicle's life-cycle.

The key takeaway from the report is the clear merit of the interdependence between renewable energy for charging, renewable energy for vehicle manufacturing, powertrain efficiency, recyclable battery components and vehicle range for Tesla to achieve its objectives of reducing global CO2 emissions, make a profit and gain competitive edges over its rivals.

The company concludes its report by confirming that the collection of Tesla's Powerpacks in the Hornsdale Power Reserve in South Australia has saved $50 million since inception, which is an amount that is roughly equal to the plant's cost. Tesla believes that through the Megapack battery, it can create a 250MW power plant on a three-acre piece of land in just three months. When compared to Tesla's Powerpack (employed at Hornsdale) the Megapack has 1.6x energy density according to the company's figures, and its intended function is to work alongside traditional power grids.

All in all, Tesla is making progress towards the goals of reducing carbon emissions from vehicles, product manufacturing and power generation. The report comes at a time when China is set to take center-place for the company's sales efforts as the coronavirus wreaks havoc in Western economies and some analysts start to become wary of a 'second-wave' of infections; wariness that is perhaps reflected in the Dow Jones Industrial Average, the Standard & Poor 500 and the NASDAQ-100 stock market indexes' poor performance today. For its part, Tesla has been trading below the $1,000 mark on the open market for most of trading today, reflecting the bearish sentiment that is currently pervading the market.