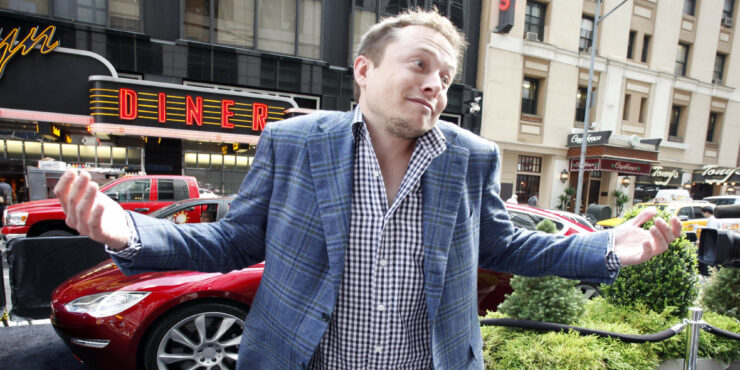 In an ongoing feud between Tesla (NASDAQ:TSLA) C.E.O Elon Musk and Alameda county officials about reopening the company's gigafactory in Fremont, California, the executive has gained a major new ally today. The tussle between the two parties, which led Mr. Musk to openly state that if county officials were to make any arrests for opening the Fremont plant, then they should arrest only him, has sowed uncertainty and confusion for the county's shelter in place orders that have currently stopped small and large businesses in the area from resuming operations.

In his battle with county officials, Mr. Musk has gained an ally in the form of the president of the United States. President Trump has expressed his support for Tesla and the executive in a tweet made through his official handle earlier today.

The President's tweet, made at 6:40 am Pacific Time states that California should allow Tesla and Elon Musk to reopen the Fremont plant, with the president believing that the plant can be reopened safely and quickly. As healthcare professionals across the United States continue to battle with the coronavirus, Mr. Trump has often expressed his desire to reopen the country by easing the lockdown restrictions in place in several states.

In the company's plan for reopening, Tesla's management clearly stated that while it had received permission from the state of California to reopen the plant, a shelter in place order currently being enforced in Alameda County that goes against the state's directives is currently preventing the company from resuming operations. 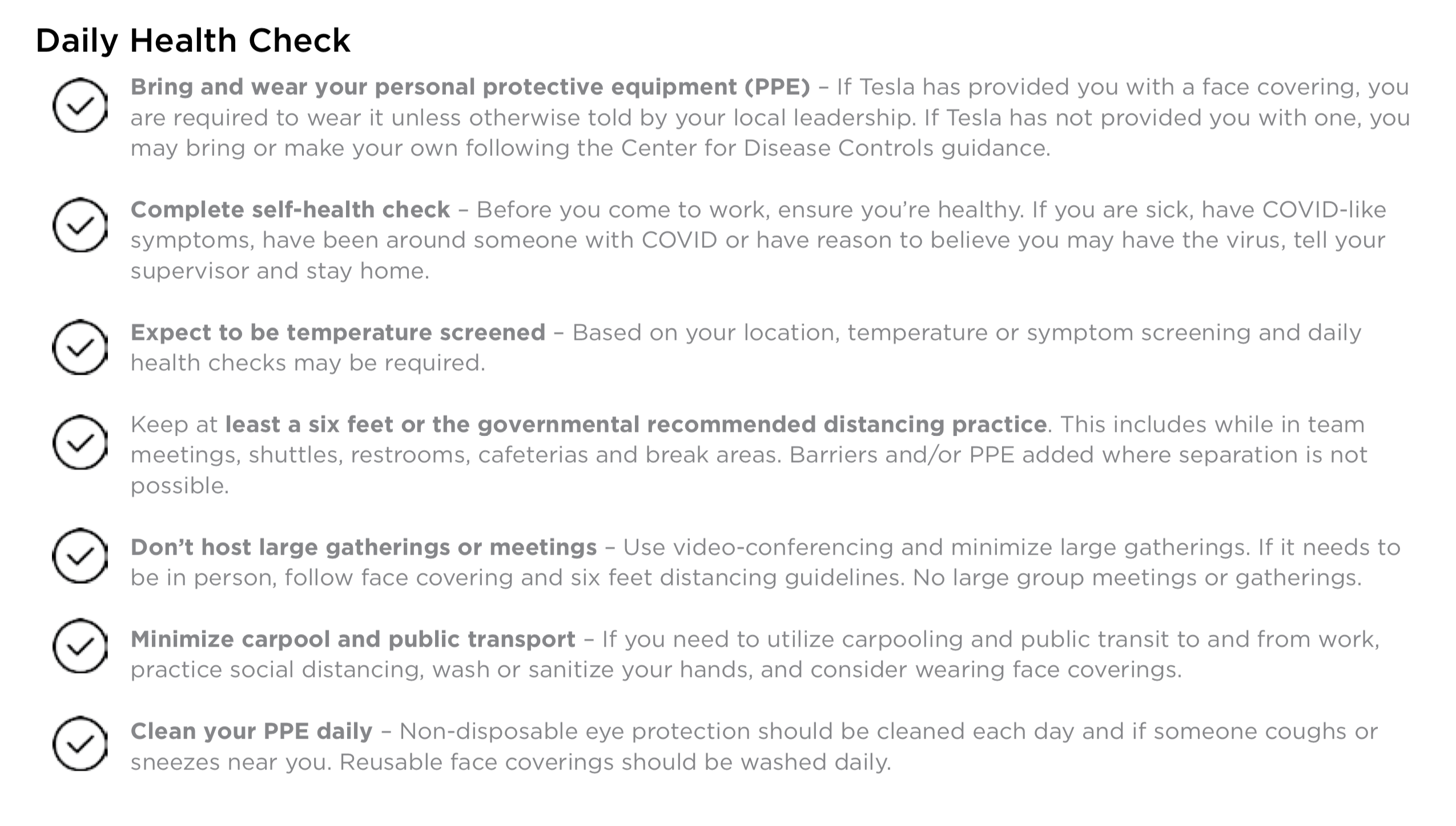 Safety guidelines for Tesla employees as mentioned in the company's COVID-19 guidebook.

These sentiments were echoed by Mr. Musk in a tweet made by the executive yesterday. Taking to social media, he reiterated Tesla's belief that Alameda County's decision to keep the company's facilities closed was illegal, and that the decision came after California state officials allowed businesses to resume operations in the state. Mr. Musk has also sued the county in a suit claiming that Alameda's decision to maintain plant closure violates the California governor's directive of reopening businesses in sixteen industries that are critical for infrastructure. These industries include transportation, with suit having been filed last week on May 9th.

In addition to Mr. Trump, other government officials have also voiced their support for Mr. Musk's calls for resuming operations in the Fremont gigafactory. These include Treasury Secretary Steve Mnuchin who stated on Monday that California should aid Tesla in whatever way that it can for resuming operations.

California's governor Gavin Newsom also stated yesterday that his decision to allow manufacturing to resume in phases in California was prompted by Mr. Musk's concerns about the matter. As part of an ongoing feud between Mr. Musk and Alameda County officials, the executive has threatened to shift Tesla's headquarters and manufacturing facilities from Fremont in retaliation to the county's inability to let the automaker resume operations.

County officials have continued to state that they are in direct contact with Tesla management to formulate plans for reopening the Fremont plant. The tussle between the two has put Tesla's employees in the middle, with them unsure whether to follow to the county's stay at home orders or to heed Tesla's call to return to work. Employees who choose the former will lose several benefits offered to them.