Is the Tesla Short Play About to Come Good?

Tesla stock (NASDAQ:TSLA), the darling of the green movement has had a good run, but with a market capitalisation of over $800,000 per car sold in 2016, heavily fuelled by global government subsidies amounting to billions, contrarians have been calling time on the stock for quite a while now. Until recently however, there hasn’t really been any indication that the stock would do other than continue its remarkable ascent. That may be about to change however.

Direct government intervention in financial markets via initiatives such as Quantitative Easing (QE) has been occurring for quite a while now and it’s becoming increasingly evident that governments are propping up companies, particularly when you look at the number of negative yielding assets which are on the books of large central banks like the ECB and the fact that the Fed is (quite rightly) regarded by many as being the world’s largest hedge fund. This in itself is of course quite distortive from a valuation perspective, but beyond this we get into the murkier realm of direct and indirect subsidies.

Subsidies are of course intended to distort, in this case distorting the startup and investment costs associated with “green” industry as well as distort consumer behaviour to direct the purchaser to the perceived beneficial outcome which the subsidiser is pursuing.

In recent years, Tesla has benefited from a combination of both direct and indirect national and international subsidies as well as from the wider propping up of US markets by the Fed’s asset purchasing scheme combined with record low interest rates. It’s unsurprising given the sentiment and investment that surrounds the green economy that the company has seen its stock price perform as it has.

There May be Trouble Ahead for Tesla

The above circumstances are what has primarily lead to the calls over the years for people to be cautious when looking at jumping on the Tesla stock gravy train. Those factors combined make for a strong value proposition, but it is of course one which is entirely not grounded in the fundamental financial performance of the company. Tesla still loses a lot of money like clockwork and that woeful performance has showed no signs of abating with Q1 earnings this year coming in well behind expectations with a reported loss per share of $1.33 vs. an expected loss of 81 cents. That much being said, Tesla is still the company which has hurt short players more than any other in 2017 with short sellers being down almost $4bn for the year by May.

But perhaps more worrying is a possible perfect storm of issues which may hurt the company. A few things are becoming clear which may come home to roost in the Tesla stock price:

Of the above, items 1 – 3 have of course been known about for a long time but not viewed as inherently risky in the short term in isolation, however items 4-6 are relatively new additions to the total picture and ones which may begin to tip the balance in favour of the bears, coupled with news about point 1. 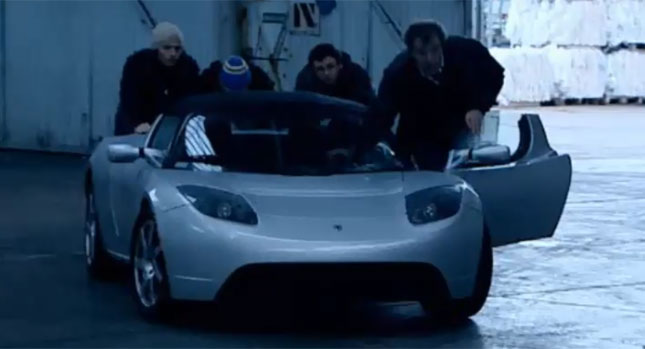 The Top Gear crew push a Tesla Roadster intimating it has run out of juice... Could this be in Tesla's future?

Denmark decided in late 2015 that it would start phasing out the tax breaks that it had applied to electric cars. This is of course a completely normal approach given that government finances in many parts of the world have been under belt tightening conditions for a long time, as well as wanting to see if the electric car industry is anywhere close to being able to stand on its own two feet.

Cue an almost total collapse in Tesla sales. In 2015, the company sold 2,738 cars in Denmark, in 2016 that figure plummeted to 176. Since then, the Danish government has reversed course and delayed the new rules until at least another 5,000 electric cars are sold between 2016 and 2018, but you can take it as read that the subsidies will end and when that happens, the electric car maker seems to not be in a position to be able to support itself without them.

Needless to say, Denmark is a small market in the overall scheme of things, but a personal appearance by Elon Musk himself advising against the policy in meetings with the Danish government shows just how seriously Tesla is taking the threat against continued taxpayer funded incentives for its customers, despite the fact that Musk himself has derided some subsidies and said the company could do fine without things like the Zero Emission Vehicle credit (pretty much the only thing which has ever given Tesla a profitable quarter).

The question really about subsidies comes from points 4 and 6. President Trump has recently made clear that the US will withdraw from the Paris Accord on climate change which prompted Elon Musk to resign from his position on the President’s advisory council.

A study by the Swedish Environmental Research Institute recently found that Tesla is a lot less green than people think. Of course it’s not particularly a surprise to anyone following things closely, battery production is a fairly energy intensive process and the CO2 by product of production scales relatively linearly with the capacity of the battery being produced, depending on the source of power used in the battery production. This is something of a problem for Tesla given that it tends to have quite high capacity batteries in its cars.

The Swedish study is not without its flaws of course, as most studies are and there are numerous assumptions which go into it which are not necessarily borne out across all scenarios in the real world, but the takeaway conclusion of the study is that the CO2 produced as a by-product of creating the rechargeable batteries in a Tesla car is about the same as the equivalent CO2 produced from a little over 8 years of driving a petrol car.

There are a lot of factors at play here. Average annual mileage driven differs significantly by country, as does the source of the generation of power which is used to create the batteries and also charge them. But the headline figure of 8 years being touted in the headlines is undoubtedly having an effect and perhaps significantly, this brings us on to the political risk.

It is well known by now that President Trump is not a particular fan of the climate change position that has been adopted by most of the world. The US joins such powerhouse nations as… Syria and Nicaragua in not being part of the Paris Accord. That’s the list. But regardless of your personal opinion on the climate change debate, it’s fair to say that this doesn’t bode well for the electric car maker. Musk staked a fair amount of his personal reputation on the line to associate himself with the Trump White House, arguing that it was better to be inside where he could convince the President directly. The fallout from the Paris withdrawal has shown that Trump continues to keep his own counsel and Musk’s approach to convincing the administration has failed. 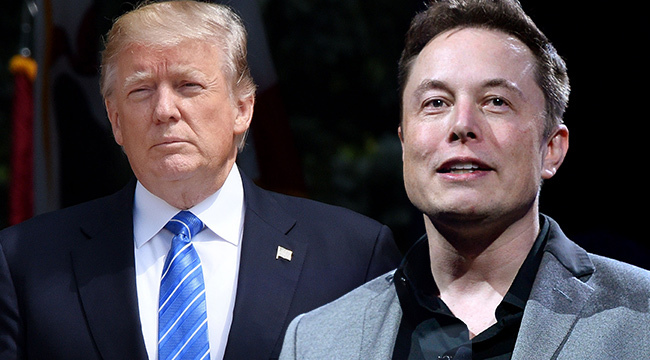 The two men don't see eye to eye on a number of issues...

Couple this with the well-known Republican dislike of state intervention in market distorting ways (at least in ways which they don’t like and don’t support traditional partner industries), as well as the likes of Breitbart (which we know has the president's favour) making a point of the Swedish study, all of a sudden, those huge government subsidies which Musk claims he doesn’t need anymore (but really does need), start to look on shakier ground than they might have done in the past.

As for the final point on the political side of things, we now know that Elon has been courting the Chinese and is looking to open up a factory in mainland China. This is no doubt sure to further infuriate a President who staked much of his own political capital on the bringing jobs home mantra, particularly targeting auto makers who produce cars outside US borders. Musk is no fool and he has for many years pursued numerous successful lines of business founded on the basis of taxpayer money. He goes where the subsidies are. If he smells a change in the wind on the US subsidy landscape for green industry, it makes sense that he would look to China which is increasingly looking like it will take on the handed over baton of US global leadership in several areas.

Wrapping Up: The Fed

And so to the final actor in our convoluted landscape. Markets haven’t been as propped up by the Fed as they were during the crisis since Q4 2014 when it stopped its asset purchase scheme. But that’s not to say that the market hasn’t been supported at all. Although it hasn’t been net adding to its position, it has effectively been maintaining it by rolling any expiring debt back into the market to maintain the approximately $4.5tn exposure level.

Now we know that the Fed will begin letting that balance sheet start to dwindle, but not with an outright sale. You can’t simply dump $4.5tn worth of assets on the market and expect it to hold firm. As bonds it holds expire, it will simply roll less of the money it gets back into repurchasing equivalent bonds. So let’s be clear, the Fed is still actively buying assets all the time, it’s just going to be buying less than the value of the stuff which is expiring, thereby reducing its position.

A big song and dance has been made about how this isn’t a big deal. We saw when the Fed announced its vaunted “taper” in the summer of 2013 that the market wasn’t ready to be weaned off easy Fed money just yet when stocks plunged over 4% in the days following the announcement.

The US economy is in better shape than it was then, but to imagine there won’t be an impact is naïve.

What does it all make for? It’s a tough call. If Musk manages to pivot his firm East and maintain subsidies from elsewhere, perhaps things will continue to be rosy. China isn’t without its own problems of course and a debt black hole which explodes would likely mean that the country isn’t so worried about being seen to be the friendliest big green subsidising economy in the world. Subsidies ultimately cost money of course. But as things stand now, the contrarian case for the Tesla short play looks stronger than ever.