Electric vehicle and renewable energy products manufacturer Tesla Inc. (NASDAQ:TSLA) is set to hold is Battery Day conference tomorrow at the close of its annual shareholder meeting. The event is at the center of press and analyst attention as the company is expected to make important revelations about its products and their components. Tesla, which has several products in the design and manufacturing pipeline continues to be the electric vehicle unicorn as exhibited by its meteoric share price gain throughout the course of the year.

Investors however were left a little rattled at the close of the market today after Tesla's chief executive officer Mr. Elon Musk broke his silence on social media about Battery Day and shared important details about what to expect. These, have caused Tesla's share price to sink by more than 7% in aftermarket trading at 17:38 ET and reversing some of this at 18:03.

Mr. Musk's revelations, which came on the microblogging platform Twitter, detailed how the bulk of announcements that Tesla has prepared for tomorrow will not be put into volume production before the end of next year. More importantly, the executive confirmed that the details that his company will share tomorrow will revolve around Tesla's Semi, Cybertruck and Roadster electric vehicles, with his statements insinuating that the three will not enter market-ready production levels until more than a year from now.

While Tesla has managed to streamline its production for its Model 3 sedan and plans to scale up that for the Model Y, the company is yet to cater to larger vehicle form factors. These are expected to form an important part of the total addressable market for electric vehicles, and owing to the high average selling prices of the automobiles, are also expected to significantly grow Tesla's revenues.

"Important note about Tesla Battery Day unveil tomorrow. This affects long-term production, especially Semi, Cybertruck & Roadster, but what we announce will not reach serious high-volume production until 2022," stated Musk. "We intend to increase, not reduce battery cell purchases from Panasonic, LG & CATL (possibly other partners too). However, even with our cell suppliers going at maximum speed, we still foresee significant shortages in 2022 & beyond unless we also take action ourselves." 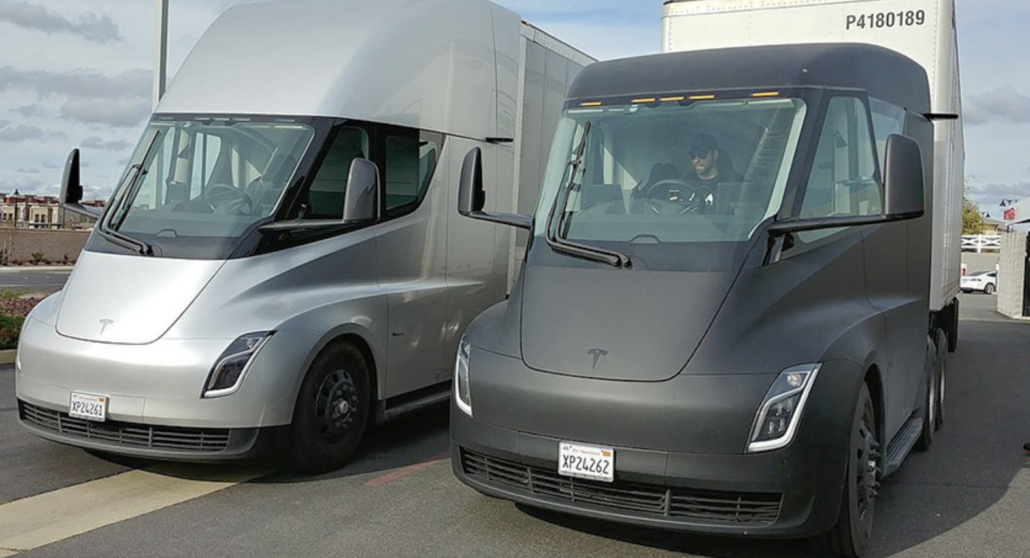 Production for the Tesla Semi has already been delayed due to the ongoing pandemic. Image: Tesla

His comments surrounded battery production for Tesla's vehicles, as Musk countered speculation suggesting that the company might make the switch to in-house battery manufacturing in the short term. Tesla currently sources its battery cells from Panasonic, LG and Contemporary Amperex Technology Co. Limited (CATL), and the executive highlighted that the company will continue to not only maintain this but also increase its orders.

Additionally, and more importantly, Musk believes that despite this order boost, Tesla still predicts to encounter significant battery shortages until the end of next year. He believes that shortages can persist beyond 2022 even if his suppliers operate their production at maximum capacity, with Tesla's only option at combatting this being to also manufacture the cells in-house.

As Tesla adds more vehicles to its portfolio, its demand for battery cells is only expected to go up and Musk's comments likely factor in this as well. Pandemic-induced disruptions this year have already pushed Tesla's production plans for the Semi to 2021, and today's statements by the company's executive now look to extend these delays to both the Cybertruck and the Roadster.

The company has showcased prototypes of both these vehicles and it has even sent a prototype of the Roadster into space above a SpaceX Falcon Heavy heavy-lift launch vehicle. This market the Falcon Heavy's first flight, and came with the typical flair exhibited by Musk during his presentations.

What's clear is until Tesla starts to manufacture both the Cybertruck and the Semi, it will continue to not only leave the market open for electric powertrain providers such as Hyllion and XL Fleet but it will also continue to limit itself as a passenger vehicle manufacturer. Whether the company's presentation tomorrow reignites investor sentiment remains to be seen, with today's aftermarket reaction highlighting how investors prefer short term wins to maintain an optimistic outlook for a company.