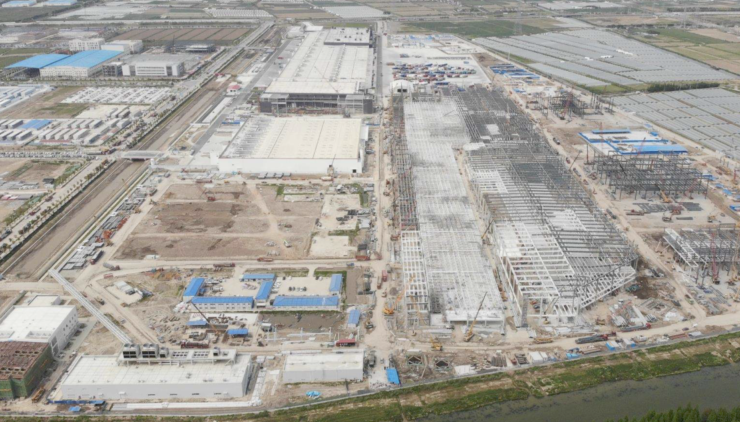 After stating that the shutdown of its Shanghai, China Gigafactory was part of regular maintenance, motor vehicles and passenger car vehicle manufacturer Tesla Inc has announced a new revolving credit facility granted to its subsidiary in China, Tesla (Shanghai) Co., Ltd for the sole purpose of maintaining and running the Gigafactory 3. The RMB 4 billion (roughly $565 million) revolving credit facility is the second one granted to Tesla in a six month period.

In filings made with the Securities and Exchange Commission, the American automaker confirmed at the close of trading that the facility was granted on Thursday. Amidst global turmoil ushered in by the coronavirus, Tesla management has been itching to resume production in its facilities inside the United States.

After it resumes operations in China starting next week, Tesla will once again have both of its primary manufacturing facilities up and running. The coronavirus hit the Chinese gigafactory first, as Tesla suspended production in the facility for both the Chinese New Year and state-imposed lockdowns. Then, as the U.S. started to bear the brunt of the deadly fever, the automaker had to monitor operations for both its facilities in Nevada and California, as it eventually suspended production in Fremont.

As opposed to the $1.29 billion, five-year loan facility that Tesla was granted back in December, this revolving credit extension is funded by one bank only. Tesla's bank for the facility is the Shanghai Free Trade Zone Special Area Branch of the Industrial and Commercial bank of China.

During the March quarter, Tesla's operating expenditures dropped year-over-year and stood at $951 million. The roughly $130 million drop did a long way in helping the automaker generate a positive operating profit, as opposed to the loss that it brought in last year. The costs of running Tesla finally became less than what the company could provide to shareholders.

Now, looking at the current coronavirus crunch, it's looking as if Tesla Shanghai will have some room when navigating cash crunches. A reduction in vehicle demand will decrease Tesla's revenue, and through such drops, the company will find it hard to fund operations.

At the end of the previous quarter, Tesla had roughly $8 billion in cash and equivalents, $4 billion in accounts payable and $3 billion in current debt and financial leases. So naturally, collars inside the boardrooms of the company. and investors should have started getting tight.

Today's credit facility allows the company to draw up to RMB4 billion to fund its working capital requirements, and the facility will mature one year after the first withdrawal is made. In addition to $3 billion short-term debt, Tesla also has $10.7 billion due (as of March, Tesla's long term liabilities stand at $10,666 million) in long-term borrowings and leases and looking at its operating income, the automaker needs to keep future interest payments in mind when or if it considers additional leverage.

Despite an email leak earlier that hinted at Tesla's plans for reopening production in Fremont today, Alameda County Health Officer Dr. Erica Pan stated in a video conferenced town hall meeting hours back that county officials had asked the automaker and other businesses operating in the county to wait. Alameda County has a stay-at-home order in place, and subsequently, any facilities opening would contradict this plan.

The contents of the email sent to Tesla employees (sourced from TechCrunch) are as follows:

Starting tomorrow, May 8, 2020, limited operations will resume at the Fremont factory,  starting at 30% our normal headcount per shift. You will be contacted via email or phone by your manager of HR with details on your specific start date and time. Our Gigafactories in Nevada and New York have also begun limited operations as approved by their respective states. Similarly, Sales, Service and Delivery as well as Enery operations have been gradually coming back online on a state-by-state basis.