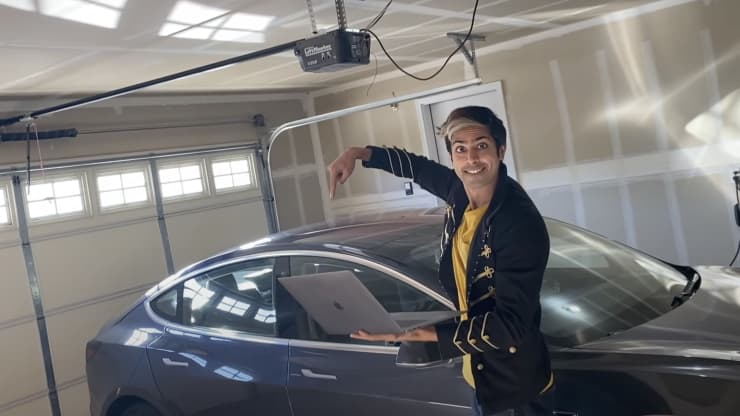 It was reported yesterday that a Tesla owner has discovered a way to mine for crypto utilizing his vehicle while it is powered on and idle, along with free software on his Apple Mac Mini M1.

Digital currency miner hacks his 2018 Tesla Model 3 to mine crypto for higher profit, makes $800 US a month

Siraj Raval, crypto mining enthusiast and 2018 Tesla Model 3 owner announced that the user has discovered a way to mine crypto from his Tesla vehicle, and using an Apple Mac Mini M1 and unknown graphics processors connected to both the 12V socket and the vehicle's battery. One of the more popular graphics cards for crypto miners has been the NVIDIA GeForce GTX 1070, but it is unknown the GPUs being used for this project, especially when almost any graphics card is being used in one form or another for mining. 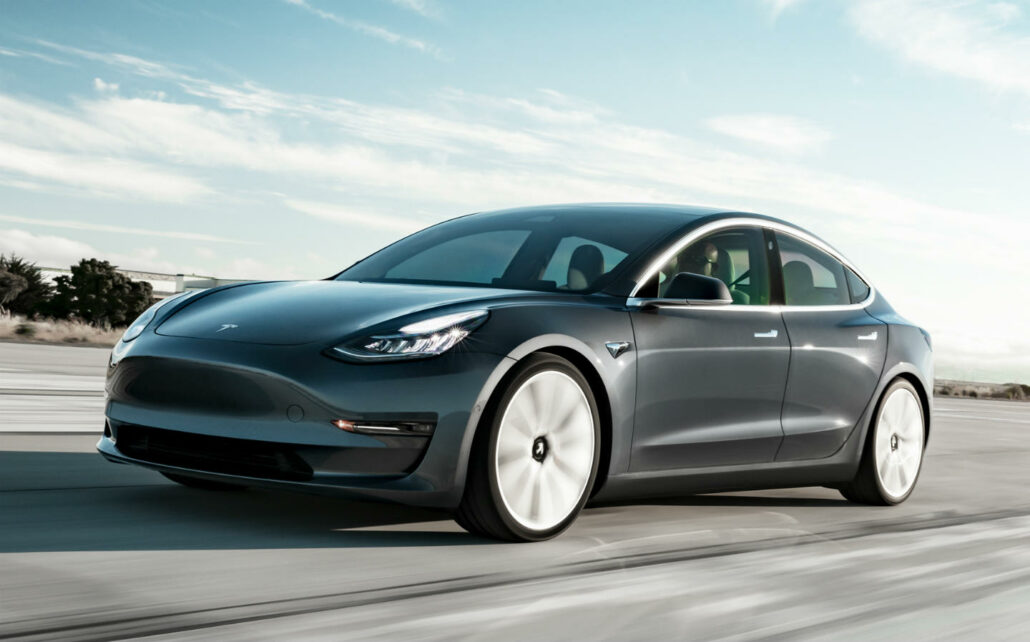 CNBC first reported the findings, stating that Raval claims to mine upwards of $800 a month utilizing the process. The news site also states that Raval is aware that this mining process will void the warranty of his vehicle, but the enthusiast feels that it is worth it in the end. With the cost of electricity being a large factor in mining setup costs, bitcoin enthusiast and miner Alejandro de la Torre was quoted by the website, "If it is cheaper doing it through an electric vehicle, then so be it."

Chris Allessi, the first electric car dealer in the state of Wisconsin, questions the project's benefit. His skepticism is based on the profitability of crypto mining compared to when the vehicle was initially purchased.

And right now, even though the price for bitcoin has gone up dramatically, so has the difficulty level...In the same amount of time with the exact same equipment, I’m probably looking at $1 or $2 worth of bitcoin.

When Allessi decided to experiment with crypto mining in 2018, he stated that during a 60-hour time span, he was capable of earning $10 in bitcoin. This was a profit for Allessi, due to the fact that he did not have to pay for the additional electricity that he was utilizing from his 2017 Tesla Model S at the time. He also made the same attempts to mine for Monero, which he also felt was pointless after a while.

Did it work? Yes. Did it mine anything worthwhile to be able to be profitable in any way, shape, or form? No.

Raval, however, feels that his crypto mining utilization is much more profitable, stating the battery power from his Tesla is far superior to other options, earning the enthusiast plenty of digital currency for his wants. Raval explains to CNBC that his 2018 Tesla Model 3 can earn 320 miles on a single charge, spending between $10-$15 to charge the battery fully. He further delves into the process, stating that if he were to drive the vehicle for a few hours daily, his charging would only happen every 1.5 weeks. His bill, at the end of the month, for charging his Tesla would then be estimated between $30-$60. 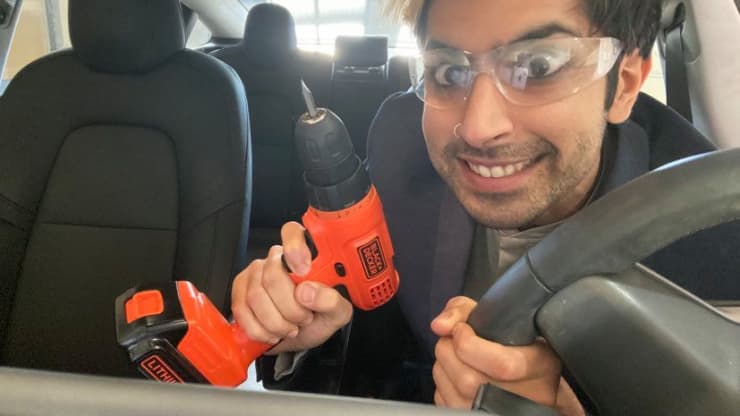 Raval mines upwards of 20 hours daily on his Tesla vehicle, staking his Ethereum in "Midas. Investments"— a platform that acts as a custodian of crypto investments. He earns an annual percentage yield of 23% from his investment. The enthusiast has yet to cash out any of the earnings, being optimistic of his increasing earnings. The GPUs that Raval has purchased were through eBay, allowing for the crypto miner to save his bottom dollar. He states that during 2021 he earned an average of $400 to as high as $800 monthly. This is in light of the heavy risks of mining Ethereum or any large crypto currency.

Thomas Sohmers, another Tesla hacker and crypto miner, argues that the amount of profit Raval is seeing is an impossibility. Somers tells CNBC, “The best estimate I would have for the hash rate for the GPU in the Model 3  would be around 7-10 MH/s. Currently, at 10 MH/s, that would generate revenue of about $13.38 worth of ether, before any expenses." Allessi has similar doubts about the process, stating, "The difficulty is so high...I could make more money working at McDonald’s."

If you’re working for a company, you’d be better off hiding a miner up in the drop ceiling than you would be mining with a car.

—an example Allessi gave to CNBC on how siphoning electricity from an employer for free.

Raval has a larger plan in mind for the current process he is utilizing. He is hoping to turn his Tesla into an autonomous robotaxi, earning crypto when it is not in use.

It will use its earnings, from both transportation services and cryptocurrency mining services, to pay for its own expenses, like repairs, electricity costs, and upgrades, as well as invest them into a diversified portfolio of emerging crypto-community networks.

—Raval's statement to CNBC about his future plans with his current digital currency mining process.

Elon Musk, Tesla's CEO, does picture a future where his vehicles will be able to drive themselves, but currently, the technology is not close to making that vision a reality.