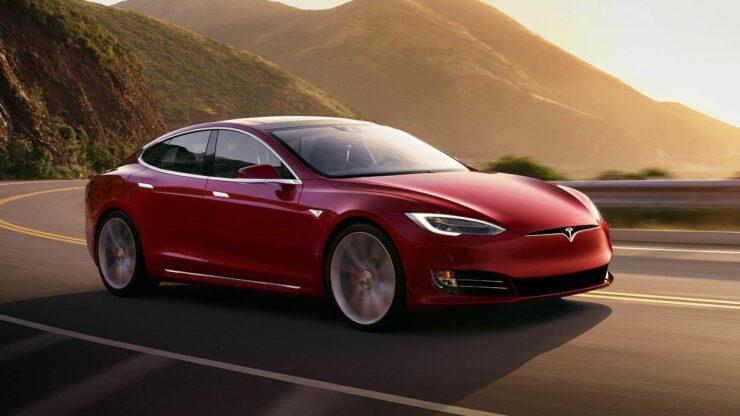 Tesla (NASDAQ:TSLA), the undisputed champion in the EV sphere, has continued to soar in recent months even amid skepticism regarding the sustainability of the stock’s rally. Today, bears are on the retreat once again as two major Wall Street banks relinquish their bearish outlook to jump on the Tesla bandwagon.

As an illustration, Bank of America (NYSE:BAC) raised Tesla from a previous ‘Underperform’ rating to a ‘Neutral’ designation. BofA analyst John Murphy highlighted the ease with which Tesla is able to access capital markets as an important growth driver:

"It is important to recognize that the higher the upward spiral of TSLA’s stock goes, the cheaper capital becomes to fund growth, which is then rewarded by investors with a higher stock price. The inverse of this dynamic is also true, and it is this self-fulfilling framework that appears to explain the extreme moves in TSLA stock to the upside and downside."

Although Murphy remains a Tesla skeptic in the long-run, he did concede brighter growth prospects for the company in the near-term.

Similarly, Morgan Stanley (NYSE:MS) raised Tesla to an ‘Equal-Weight’ rating from the previous ‘Underperform’ designation. The bank’s analyst Adam Jonas also increased the base case target price to $1,360, corresponding to a downside potential of around 16 percent relative to Wednesday’s closing price of $1,621. Jonas further noted:

"Tesla has been assembling assets/tech/people to put them in position to potentially unveil a vertically integrated battery supply business that resets the industry cost curve."

Of course, these developments come as Tesla is gearing up for a historic five-for-one stock split in order to make its shares more accessible to investors. As per the details, shareholders of record on the 21st of August will receive a dividend of four additional shares after the market closes on the 28th of August. The stock will begin trading on a split-adjusted basis from the 31st of August.

It should be noted though that competition for Tesla in the EV space continues to intensify with an onslaught of new domestic and Chinese players. As an illustration, Nikola (NASDAQ:NKLA) and Workhorse (NASDAQ:WKHS) are working on a Tesla Cybertruck alternative. Moreover, Chinese EV manufacturers – including NIO (NYSE:NIO), Li Auto (NASDAQ:LI), and the soon-to-be listed Xpeng – continue to crowd the electric sedan and crossover sphere. Interestingly, Li Auto manufactures Extended-Range Electric Vehicles (EREVs). These are essentially hybrid vehicles that utilize gasoline to extend the range of the car, thereby, proving to be an effective solution for China’s growing, yet still relatively limited, EV charging infrastructure.

American capital markets have recently witnessed an influx of Chinese EV players that are eager to tap the U.S. equity markets in order to acquire vital capital, thereby, staving off bankruptcy. Nonetheless, Tesla leads this pack in virtually every metric of comparison, ranging from EV deliveries to the ability to raise new capital.