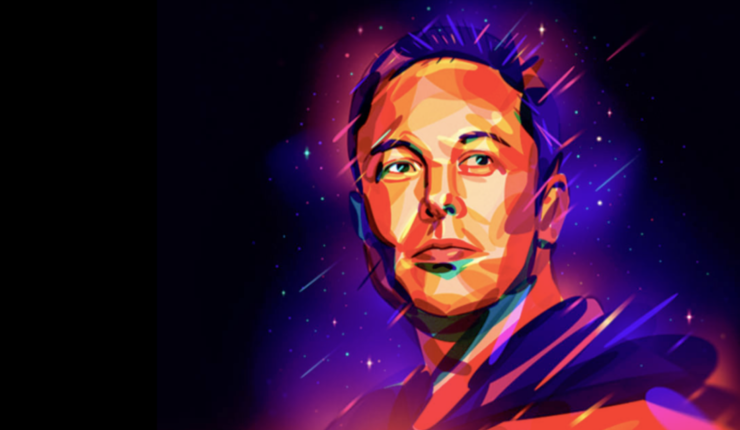 Electric vehicle and energy product storage manufacturer Tesla Inc (NASDAQ:TSLA) has had a great start in the year 2020. The company's share price on the open market has jumped by 80% on the open market year-to-date, and at its peak of $968.99 that the stock touched on February 4th, Tesla demonstrated a price growth of 125%.

Naturally, this growth has made the company's investors and its employees quite happy - especially after they've had to sit through production and delivery delays and pessimism reflected by a high short interest percentage in the company. Additionally, and as is the case with most publicly traded companies, a small majority of Tesla's total shares outstanding are held by institutional investors. One of these, JPMorgan Chase, has made a killing off of the stock's price surge this year reveal 13F filings reviewed by Wccftech.

According to data filed with the Securities and Exchange Commission reflecting JPMorgan's holdings for the period ending on the 30th of October, the bank had owned approximately 357,448 Tesla shares (excluding amount reflected by put and call options). The next three months had reflected increased investor optimism in Tesla as positive news from the company's Shanghai-based Gigafactory 3 continued to flood Wall Street. This news also provided the spark to the stock's current run that now seems to have stabilized.

JPMorgan's latest filing with the Commission reveals that during this period, the bank aggressively increased its holding in Tesla. As per the details, from the 357,448 shares that it owned at the start of the quarter, JPMorgan's Tesla holdings increased to a massive 2,537,499 shares at the end of December 2019, marking for a staggering 610% change.

If that isn't a signal of investor confidence, we don't know what is. Tesla's successful handling of the Gigafactory 3 really seems to have changed the company's fortunes, and should the automaker carefully navigate what's ahead of it, then do not expect its current momentum on the stock market to subside. 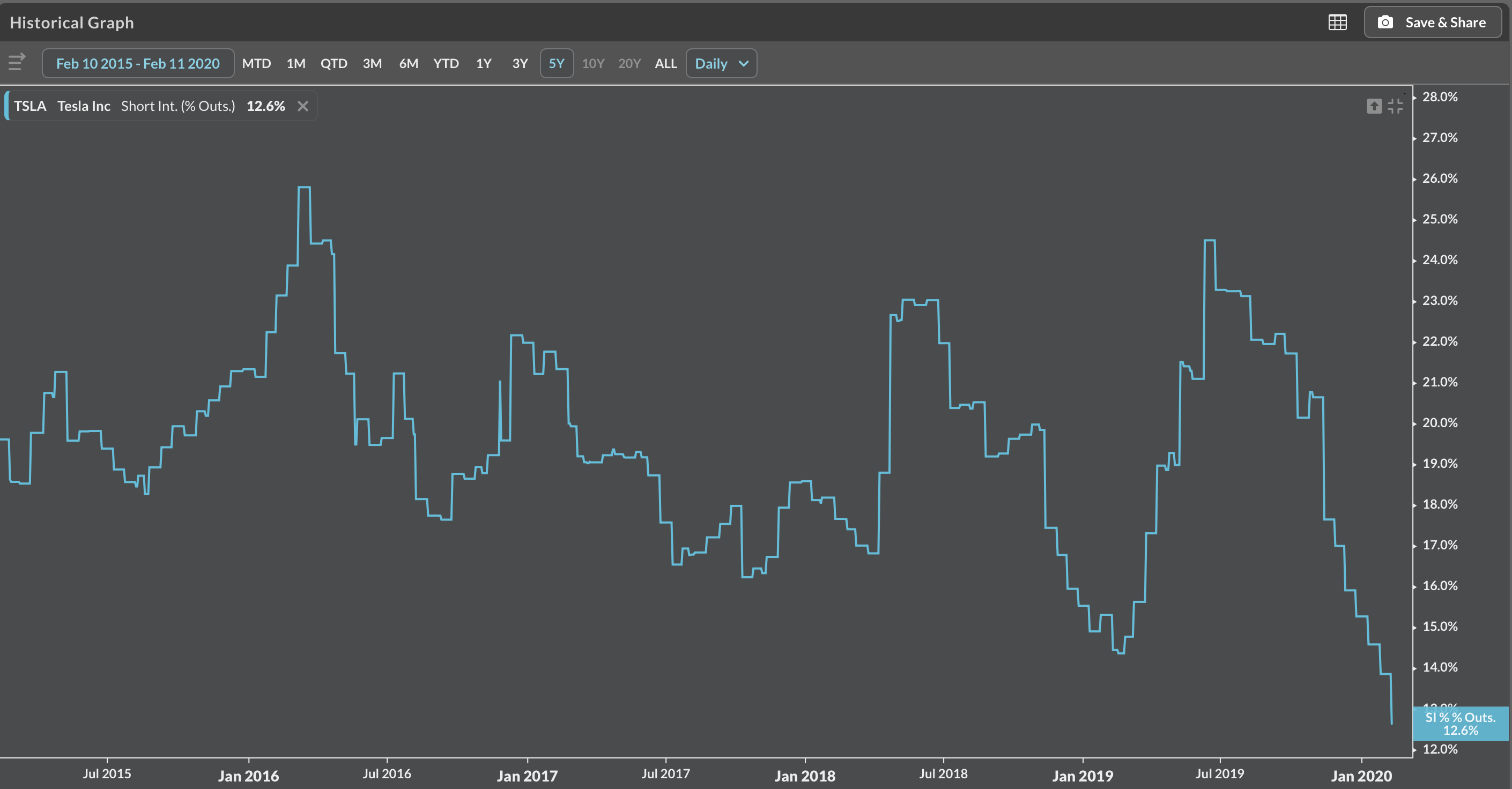 A nice graph showing short interest in Tesla Inc over the past five years; Koyfin

The filing also lets us estimate just how much JPMorgan's holdings in Tesla have benefited the bank over the course of this year. Tesla's closing price on December 31, 2019, was $418.33, and its closing price yesterday was $774.38. Therefore, at the end of 2019. JPMorgan's holdings in Tesla were roughly worth $1 billion. Yesterday, they should've been worth approximately twice that, around $1.965 billion, resulting in at least a $900 million gain to the investment bank given it hasn't either increased or decreased its holdings in the company since December.

Given the stock's recent performance, the short interest percentage in Tesla has also dropped to a five year low reveals data. At the time of writing, this stands at 12.6%, after having been at a two year high of 24.5% in June last year. Of course, while this recent surge of optimism in Tesla is not without merit, one should be wise enough to understand that the company has a long way ahead of it.

Production from the Gigafactory 3 is far from having reached optimal levels, and continuous investigation into Tesla's autopilot system for its vehicles remains a threat that can multiply in magnitude if the company runs out of luck. Additionally, Tesla also needs to demonstrate consistent profitability and vehicle deliveries for its future to certifiably have the aura of being set in stone. Whether it will, only time can tell. Until then, stay tuned for the company's battery and powertrain investor day, where it is expected to reveal more details about its plans.