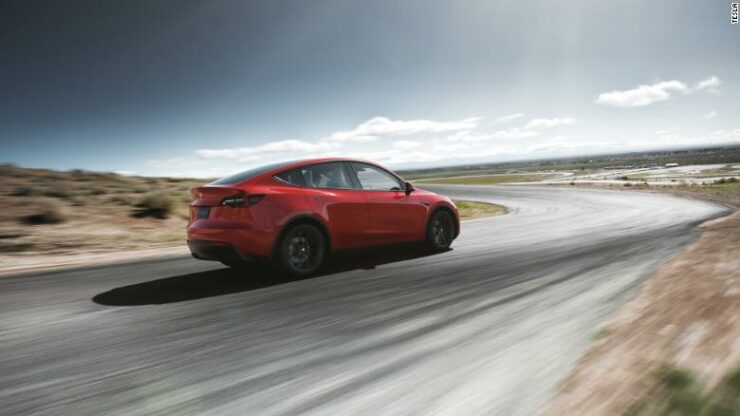 Today Tesla's (NASDAQ:TSLA) CEO Elon Musk, along with co-founder JB Straubel, discussed the automaker's plans and answered questions from different shareholders. The event is used by the company to provide an update on its long term plans as well as make sure that its investors are able to directly ask Musk and other senior guys questions about the future of Tesla.

The shareholder meeting, while not quite as revealing as some of the company's quarterly earnings releases, offers some interesting tidbits relating to new Tesla technology coming down the pike.

It's been an interesting last 12 months for the automaker, to say the least. The Model 3 seems to be at the center of the storm and 2018 was more or less the story of the Tesla Model 3. The electric vehicle manufacturer was finally able to seriously ramp volume production, and by the latter half of the year was showing that it could actually generate profit as an automaker.

However, federal tax incentives dwindled at the start of 2019, and pre-orders for the Model 3 seemed to have been largely fulfilled. The end result was that the company was forced to present on a poor first quarter that saw the company return to losing money. Not coincidentally Elon and Co. announced just days after that they would be raising a couple billion in cash to keep the business running. Now, with more cash on hand, Musk is back to the business of bringing the next wave of electrified automobiles to the masses and we learned some interesting facts about that today.

Musk talked a little bit about almost everything, including even fielding a question about a potential submersible vehicle that the CEO responded to saying, "It's funny you mention that.." before finishing with comments citing a design he already has in mind. He does admit that the market would be "small" for this type of vehicle.

Elon impressively spoke about the Model Y, specifically he said it could very well end up with a lower drag coefficient than the already-slick Model 3. The CEO also went on to detail that work is coming along "nicely" on Gigafactory 3 in China and that tooling installation is well underway inside.

Musk also spent a fair amount of time discussing the full autonomous mode that's been widely anticipated. He said, “Every car made since October 2016 is capable for full autonomy with replacement of the computer alone.” Also according to him this capability will in fact arrive sometime next year for current owners.

Both the CTO and CEO also seemed to enjoy teasing greenfield pictures of an undisclosed location somewhere in Europe, which will be the location of the next Gigafactory. Musk stated he would like to see a Gigafactory on every [populated] continent. Tesla expects to deliver between 90,000 and 100,000 this quarter which would seem to prove that demand has remained solid despite reduction of U.S. federal tax incentives for purchasing an EV.

The oft-rumored Tesla pickup truck was said to be unveiled towards the end of summer 2019 with an eye towards production of the commercial Semi-truck by the end of next year.

Of course, Tesla investors love product announcement and many investors in this company are also rabid fans. That being said, Elon did comment on the profitability of the company. In short, a company that is attempting to grow as quickly as Tesla almost is never profitable according to him.

“Profitability is always challenging if you’re a fast-growing company. It’s hard to be profitable with that level of growth.” And here the CEO is referring to an increase in the company's production rate by 50 percent compared to 2018. The question is just how long will Tesla be in growth mode before it decides its ready to really push for profitability. Adding additional models to its production lines may drive costs due to increased complexity, and there's another huge risk element when it comes to both Tesla's cost structure but ability to produce finished vehicles.

Battery pack production has oft been cited as the leading constraint on Tesla's overall unit output. Tesla co-owns the Gigafactory in Nevada along with Panasonic and right now, according to Musk, the factory is operating at 85 percent capacity. The cells and resulting battery packs this factory produces rely heavily on rare earth metals, of which China is the largest supplier of. China has recently started to indicate that these materials could be used as leverage in a bidding war; and the worrying factor is there is next to none certainty when it comes to the Trump White House and the Xi Administration's intent to resolve the trade war anytime soon.