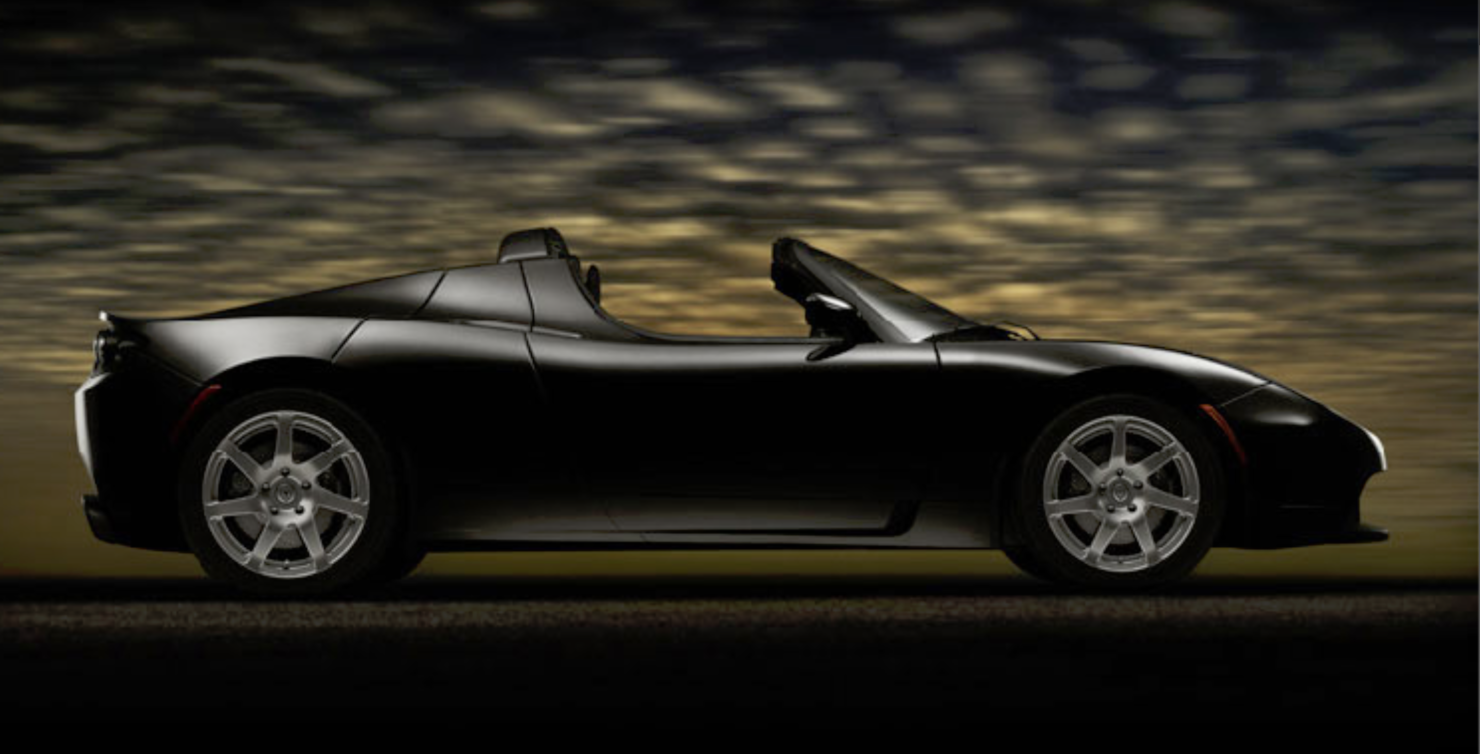 A graphic of the Tesla Roadster; Cartype

Electric vehicle and alternative energy product manufacturer Tesla Inc (NASDAQ:TSLA) has been perhaps the most talked-about stock since the start of this year. Tesla's progress with the Gigafactory 3 in Shanghai, China has injected fresh optimism for the company's future in Wall Street. As a result, Tesla's share price has grown by 412% over the past 52-weeks, after closing at $901/share on Friday.

Naturally, such an increase in value carries with it questions of valuation. Most folks wonder if the company in question will perform sufficiently in the future to justify its present value. For Tesla, the answer seems to be a yes if we take a look at a recent analysis of the company arguing its worth to Alphabet Inc as a potential acquisition.

The premise of today's argument is simple and two-pronged. For Tesla to grow ten times in terms of its current market capitalization, the automaker has to focus on two areas:

Tesla's installed annual vehicle production capacity at the end of 2019 stood at 640,000 vehicles and the company produced 365,232  and delivered 357,656 Model 3, Model X and Model Y units respectively during the year.

In comparison, Toyota and Volkswagen delivered 11 million vehicles each in the same time period, making for at least 30x the deliveries made by the electric automaker. Performing back-of-the-envelope calculations lets us learn that for the year, Tesla earned $17,804 in net sales per vehicle sold, while Toyota and Volkswagen earned $25,486 and $21,636 in full-year and first six months of 2019, respectively.

To give you a better scale of things, Volkswagen's net sales for the first six months of 2019 are more than ten times of what Tesla made in the entire year -  a fact that goes to show the potential ahead for the electric automaker should its crusade against gasoline bear full fruit. 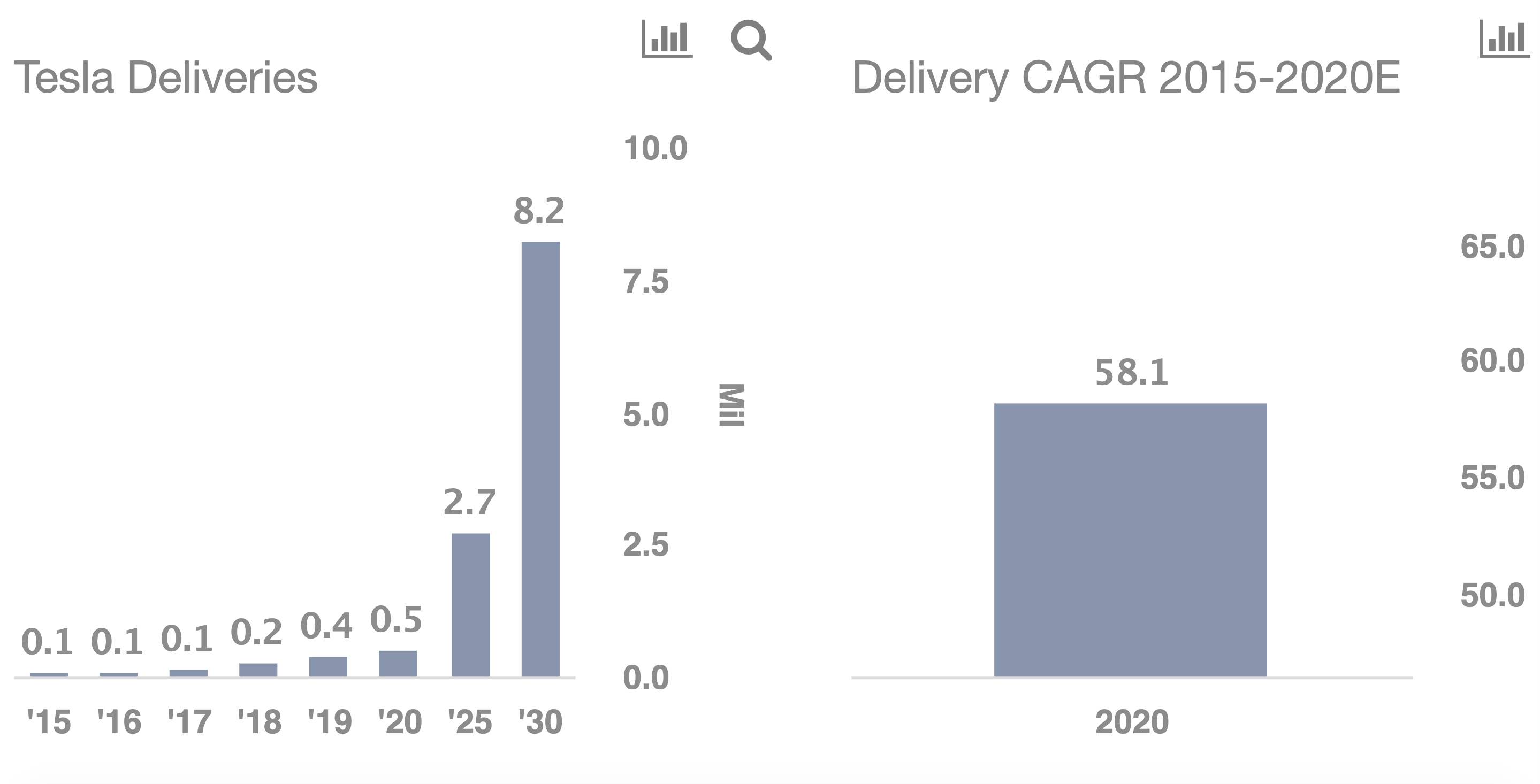 Tesla's vehicle deliveries have grown at a compound annual growth rate of 58% since 2015; Graph: Trefis

Looking at historic growth rates for Tesla vehicle deliveries, toning them down to account for higher volumes in the future and assuming that the company will successfully continue to increase production capacity in the future lets us gauge the potential of what lies ahead. 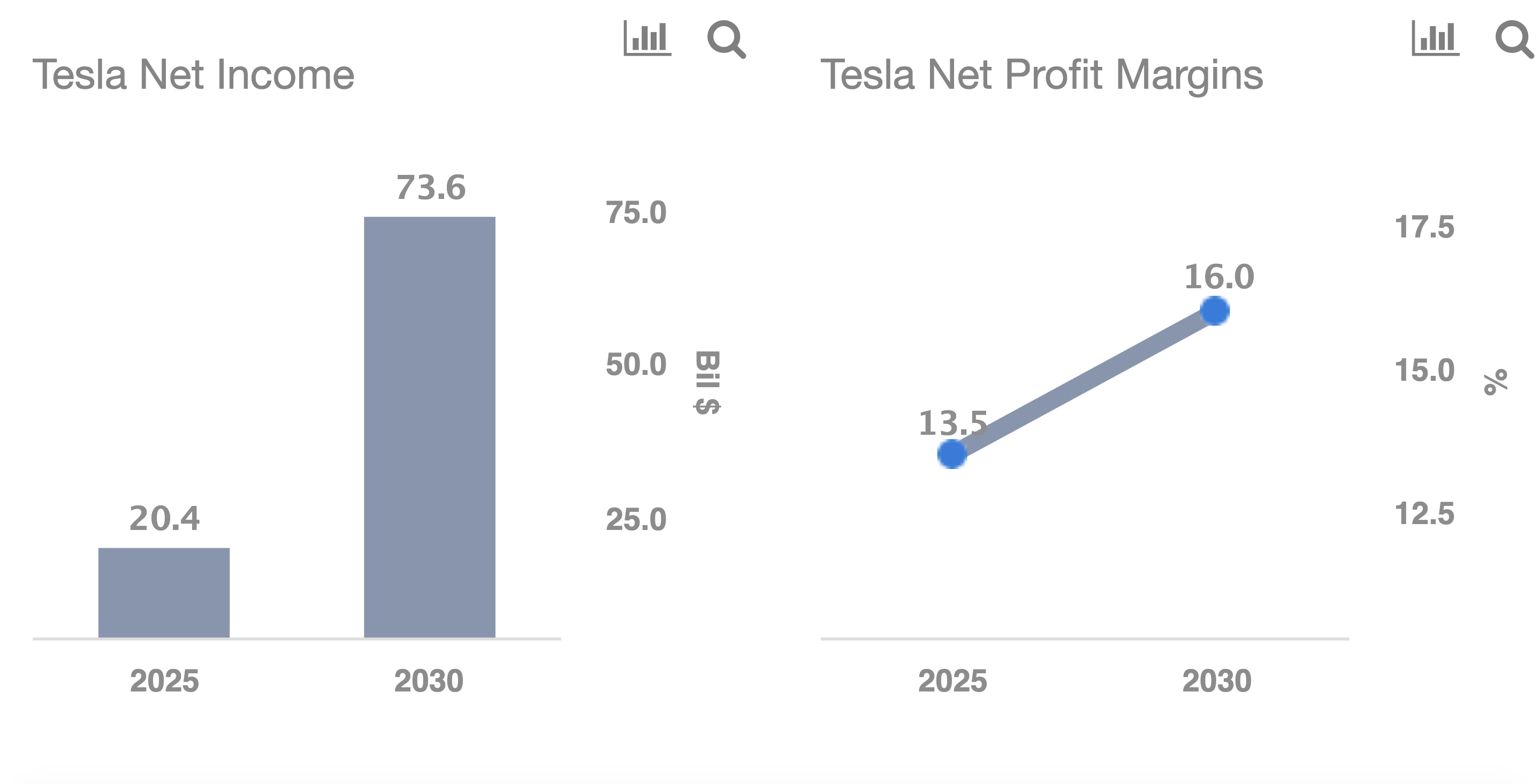 Tesla's Net Profit margins for 2025 and 2030. The projected value for 2030 includes sales from Autopilot.

Tesla stands to have a share price in excess of $2,000/share in 2030 if it successfully penetrates the gasoline market and ramps up autopilot sales

Getting to revenues from autopilot which might be the company's true ace-in-the-hole moving forward shows that Tesla's journey of modeling a car company on the lines of Silicon Valley's tech-fuelled innovational culture is just starting.

Today's data set assumes that for each vehicle sold in 2025 and 2020, Tesla charges $3,000 per vehicle for its software upgrades and manages to convince 30% of its buyers to make this purchase.

Adding the autopilot revenue projections shown above to vehicle net sales derived above shows that for its total net sales, it's possible for Tesla to earn roughly $51.7 billion and $231billion through net sales in 2025 and 2030.

Using net profit margins of 13.5% for 2025 and 16% for 2030 shows net incomes of $7 billion and $37 billion for the company at the end of the two years. Taking the U.S. automotive industry's current price-to-earnings ratio of 13 and increasing it to 20 for 2025 and bringing it down to 17 for 2030 lets us estimate Tesla's market capitalization for the years.

A P/E ratio of 20 for 2025 together with a net income of $7 billion shows that the company can be potentially worth $140 billion in 2025 - less than what it's current market capitalization makes it worth. For 2030, Tesla stands to be worth $459 billion in the year, for a per-share value of $2,550 (based on current shares outstanding).

This marks for a 183% growth in share price in the next ten years, which does not seem far fetched given that electric vehicles successfully take market share from their gasoline and diesel-powered counterparts. But naturally, you'd be well advised to not take these figures as set in stone since a lot can change in ten years.