Tencent Earnings Preview: Gaming and Working From Home During COVID-19 Will Push Earnings Up 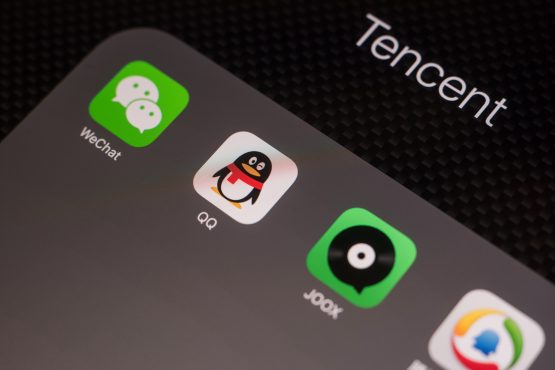 Tencent OTCMKTS:TCEHY, HKG:0700 is scheduled to report earnings before the market opens in New York on March 18, and the company is predicted to post solid profits as its cloud services and gaming division is in peak demand as people in China self-isolate during the COVID-19 pandemic.

Driving this expected growth in earnings is an uptick in demand for Tencent’s work platform WeChat Work as well as Tencent Conference. According to data from SensorTower, downloads for both spiked in early February as most of China was put into lockdown and quarantine and white-collar workers forced to work from home. The data shows that downloads of WeChat Work hit approximately 400,000 a day in early February before spiking again in mid-February as quarantine orders cascaded around the country. Downloads for Tencent Conference followed a similar pattern, as did downloads for Alibaba-owned DingTalk. 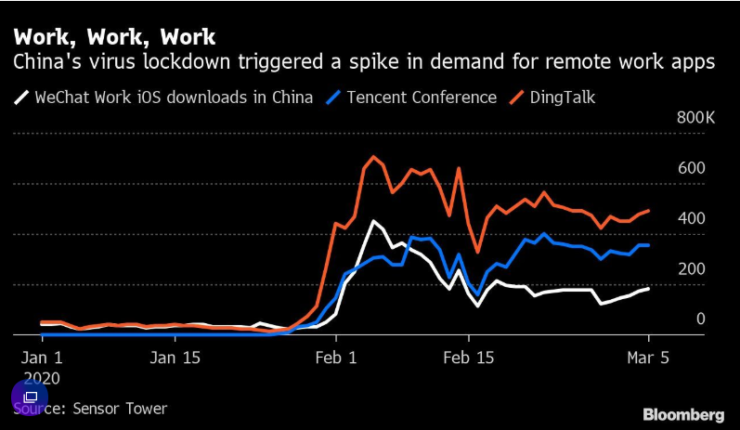 Gaming also enjoyed a similar spike, however as the pandemic wore on, downloads slid as the install base reached its peak and gamers got bored of the available titles. According to Sensor Tower data, by the end of last week, Peacekeeper Elite was down 12% while Honor of Kings slid 34%. Given that China is only now slowly getting back to work, Tencent will be facing a backlog of license approvals for its co-owned games from the US such as the new Call of Duty mobile game.

During the past quarter, Tencent also won approval to publish two additional Nintendo Switch games (it brought the console into China as a joint venture with Nintendo TYO:7974 Super Mario Odyssey and Mario Kart 8 Deluxe, bringing the total number of approved games to three.

Analysts are predicting earnings per share to come in at 39 cents for the quarter, which would represent a 30% growth in revenue compared to March 2019, the same time last year. Last quarter -- at the height of the trade war -- Tencent reported revenue slightly under expectations with earnings of 36 cents per share on revenue of $13.75 billion. Analysts expected adjusted earnings of 36 cents but revenue of $13.9 billion. Despite the narrative of the trade war casting a shadow on earnings of Chinese companies revenue still jumped 21%.

How Are the Funds Treating Tencent?

It’s too early to tell how US-based institutional investors would be treating Tencent in response to the outbreak of COVID-19, as the funds won’t be filing the required disclosures until next month. However, in response to Tencent’s latest earnings, institutions trimmed down their holdings between the end of September and December 31 2019 by approximately 1.7%. This is a non-substantial fluctuation and may simply be the product of seasonal realignment by fund managers.

Over in Hong Kong, many of the largest institutional investors trimmed their holdings of Tencent stock between January 1 and March 17 while HSBC increased its holdings from nearly 1.7 million shares on Jan 1 to 2.5 million on March 17. This means that the bank when from owning 18% of its shares to approximately 26.4%. Standard Chartered nearly cut its holdings dramatically, as it owned 1.2 million shares on January 1, or 12.8% of shares, and as of March 17 owned just over 456,000,000 shares or 4.78%.

While many Hong Kong-based fund managers trimmed their holdings of Tencent, HSBC bought up what was available so the overall reduction in holdings follows a similar pattern to that of the US.

Tencent is due to report earnings before the bell on March 18.