TellTale has just made an official confirmation that Walking Dead (Season 1 & 2) and The Wolf Among Us are going to be ported over to the PS4 and Xbox One, they also took this opportunity to announce the retail release of each of the two new entries meaning if you want to own the disc version of Walking Dead Season 2 or The Wolf Among Us then you can do so on the Xbox 360 or the PlayStation 3 too. This is quite the surprise even though the GameStop listings have practically foretold the coming of this months ago.

Telltale has officially confirmed on their blog only minutes ago that they plan on carrying over their current smash hit titles; Walking Dead Season 1, Season 2 and the Wolf Among Us over to the PS4 and Xbox One. Currently each of the games are readily available on GameStop for pre order with slated release dates but some of the might be place holders. Wolf Among Us for the consoles has a release date of 31st December 2014 which is a typical release date until a final date is given to the retailer, Walking Dead Season 1 has its same release date of 31st July 2014 and its worth noting that this version will come bundled with the bonus DLC, 400 Days that allows players to explore mini stories of 5 other characters in the TellTale universe of The Walking Dead and these characters DO play a role in Season 2.

TellTale Games Bringing Walking Dead and Wolf Among Us to Next Gen, The Stories Get Retold ... in HD! (I hope)

While Season 2 has yet to make an appearance on GameStrop and hence have a release date attached to it, this is the one running tale of TellTale games that still has a couple more episodes to go before we can shut the book on this and hopefully we will also get a bonus DLC like 400 Days should Telltale decide to succeed Walking Dead with a Season 3 since reception for Season 2 has been better than expected for Telltale. I for one can't wait for the season to finish and get my hands on the final episode. 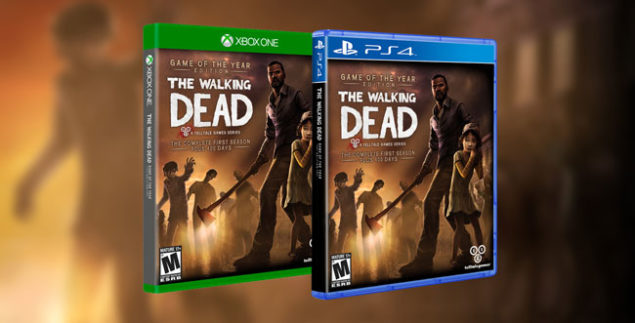 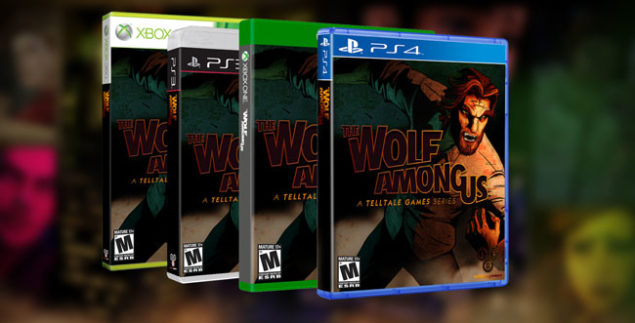 Here are the box-arts for the games on each platform, these are more or less the background images you will see when playing the game on the PS3 so there really isn't anything new here. I am hoping that the release date stated on Gamestop really is a place holder date and I won't have to wait half a year to find out the conclusion to Wolf Among Us since Episode 4 was a huge cliffhanger! While Telltale is still hush about release date and what changes they will bring to the new console versions, you can be sure that more details will follow at this years E3.

Here is what Telltale has said about the release so far:

We will have confirmed release date availability soon, but in the meantime, you can pre-order disc versions now from your favorite retailer.

What do you think of the move? I am really getting tired of the entire concept of porting over games currently on the previous consoles instead of new IP's being worked on, it makes me almost glad to stick with my PS3 for the long term until the PS4 Slim rolls out, hopefully by then we will see a reduction in this trend.